Following my post yesterday, Ste Trombetti has found that the prints by Lafrerie / Lafrery are to be located in the Speculum Romanae Magnificentiae (1593).  Happily this is online in high resolution, and downloadable in PDF form, at the UB in Heidelberg here (and the page shows all the pix in thumbnail too – a very well organised site).

This means that, for the first time, we can get some decent resolution images of some of the monuments.  Some of these we have seen before, in squinny little images defaced with bumptious watermarks, but here we have the full size images.  (Click on the pictures below to get these).

First up on tafel 116 is the Seven Churches of Rome and the Old St Peter’s (1575).  This is stylised, and the surroundings of each church are incorrect; but the depiction of the basilica itself is spot-on! 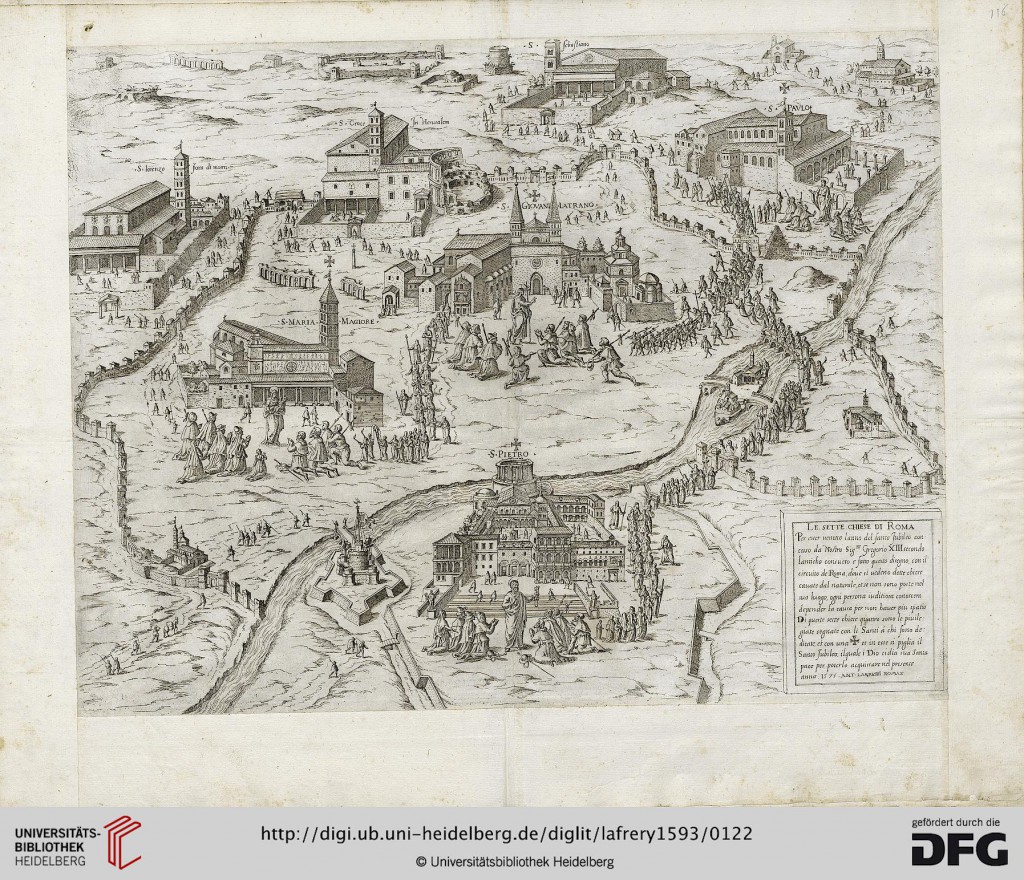 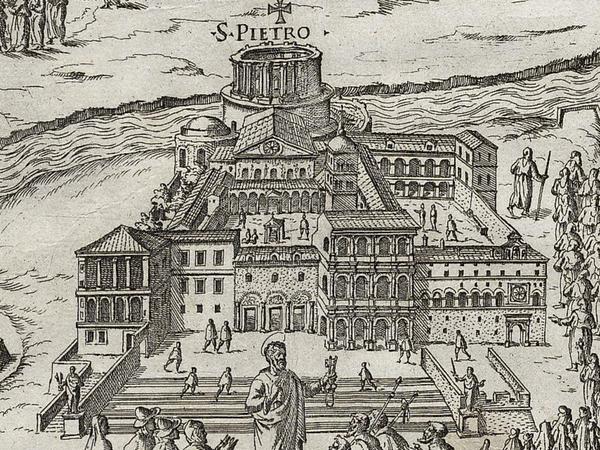 Note the steps, the atrium behind it – interesting that Raphael omits the section with three arches leading into it, as being a later addition – then the  nave, with the hulk of the new basilica at the far end, and on the left the Vatican rotunda, the 3rd century tomb being used as the chapel of S. Andreas.  To the right of the church, as today, is the papal palace. 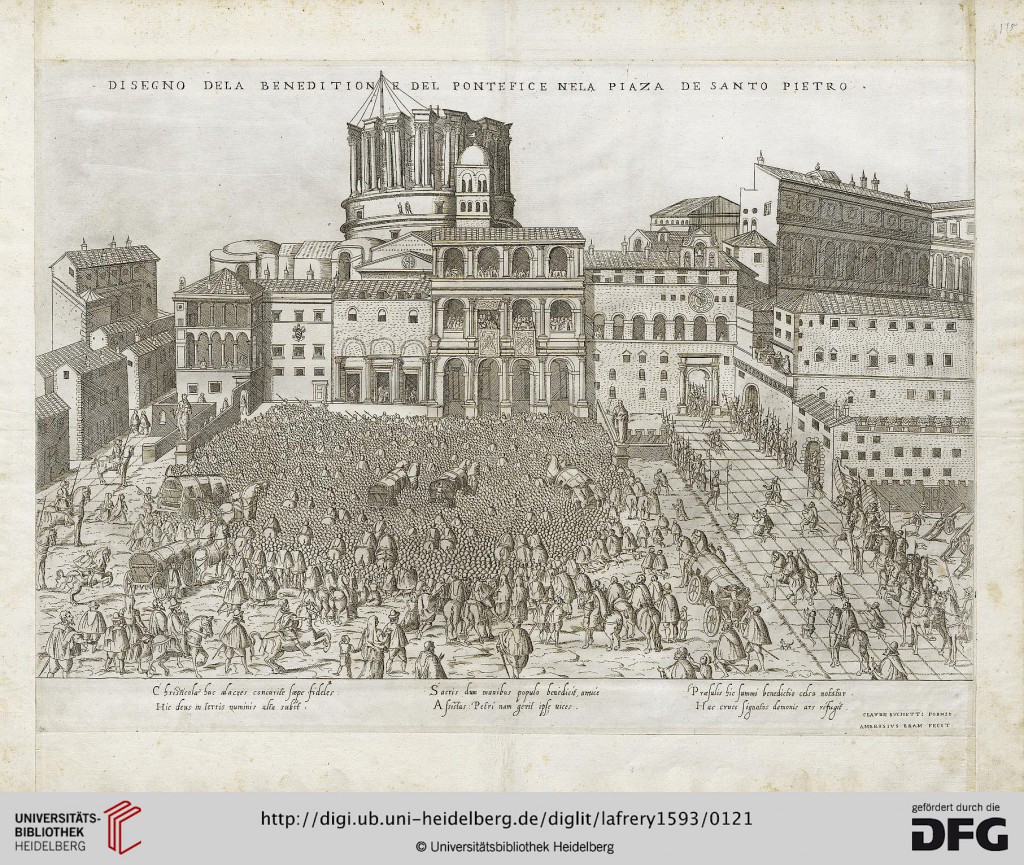 Note the pope in the Loggia, blessing the sea of people!

Next on plate 27 is the now vanished Septizonium, drawn by C. Duchetti & A. Brambilla: 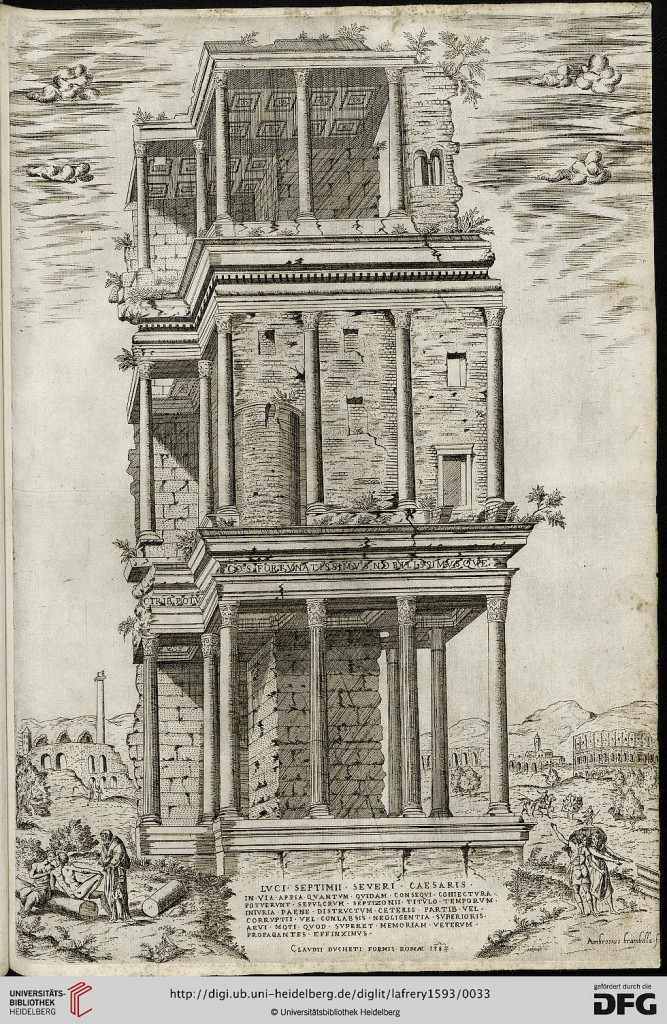 Pretty marvellous!  Our thanks to the UB in Heidelberg for making all this material accessible; and in a manner which means that we can actually study it, for once!

2 thoughts on “More images of then-surviving Roman monuments from “Speculum Romanae Magnificentiae” by A. Lafrery (1593)”