Mussolini demolished various areas of the city in order to create modern Rome.  I’ve given various photographs of the areas in the past; but today I learn that there is a zoomable map of Rome here, before his work began.  This has interesting things to show us.

First, a map of the area before St Peter’s basilica.  Today this is a wide street, the Via della Conciliazione.  But prior to Mussolini, the street did not exist! 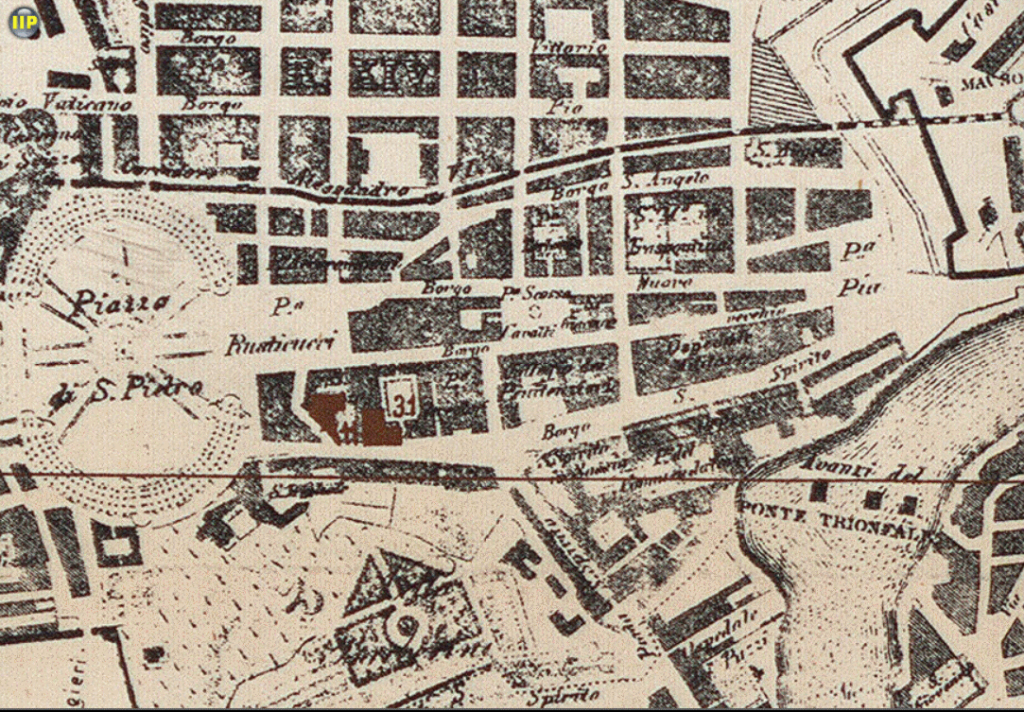 We learn from H.V. Morton that there was a little restaurant directly facing the Piazza di S. Pietro, where he ate breakfast.  Today that is gone.

We also know that Mussolini demolished a stretch of buildings from his office in the Piazza Venezia to the Colosseum, to build the Via del Foro Imperiali.  But some of the remains of the imperial forums must have been pretty substantial.  Where were they located, before the buildings were bulldozed?  Again the map shows them, embedded in the city: 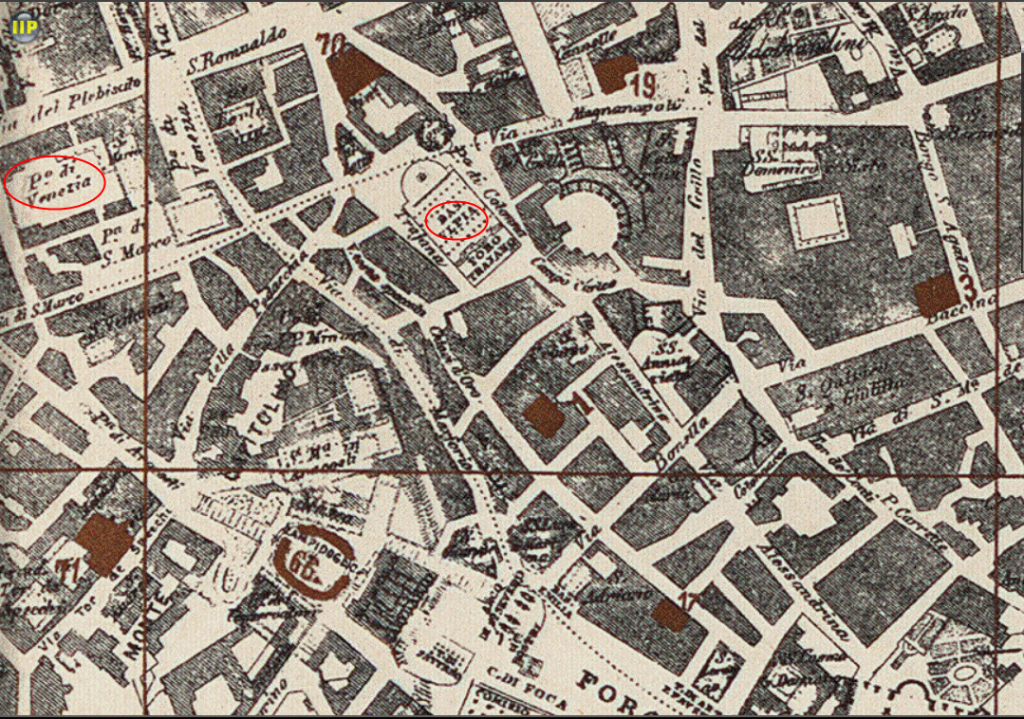 The main losses from this activity were around the Colosseum.  We lost the ancient Roman fountain, the Meta Sudans, and also the base of the Colossal statue of Nero, after which the Colosseum was named.  But they both appear in this map: 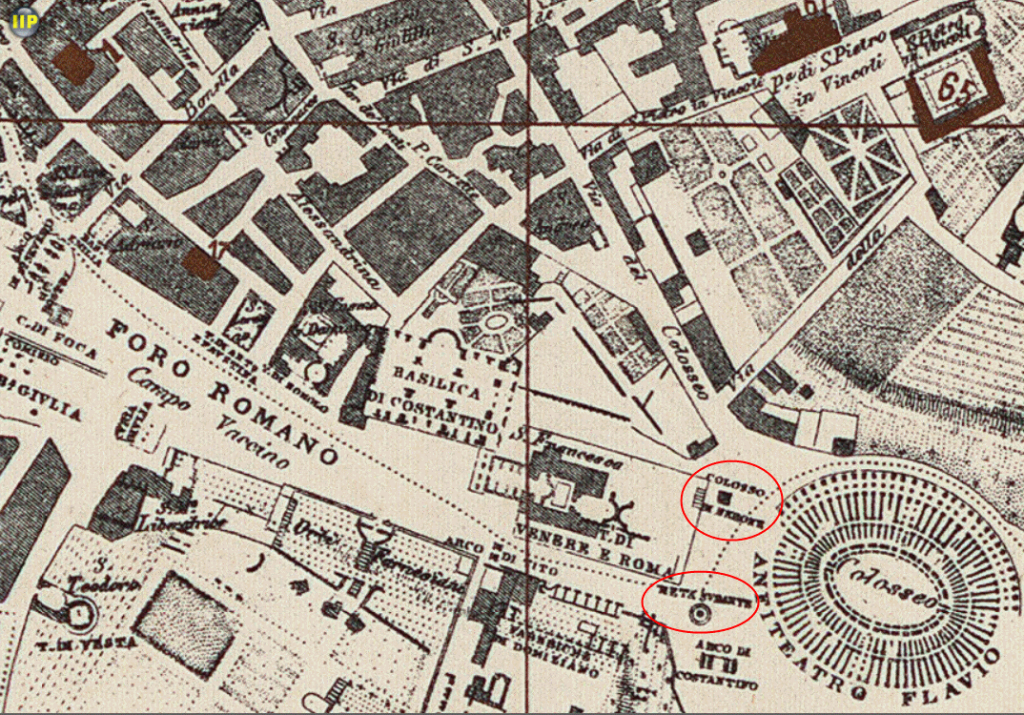 The Via del Colosseo still exists, although its lower end is chopped off and diverted upon the hill.  But the creation of the Via del foro imperiali changed the geography completely.  The wide road around the Colosseum is not here.