The early German archaeologist Karl Lepsius came to Meroe after the treasure-hunter Ferlini had done his worst.  His engraver produced a number of rather charming depictions, which are all online here.  I thought I would include the Meroe pyramid images. 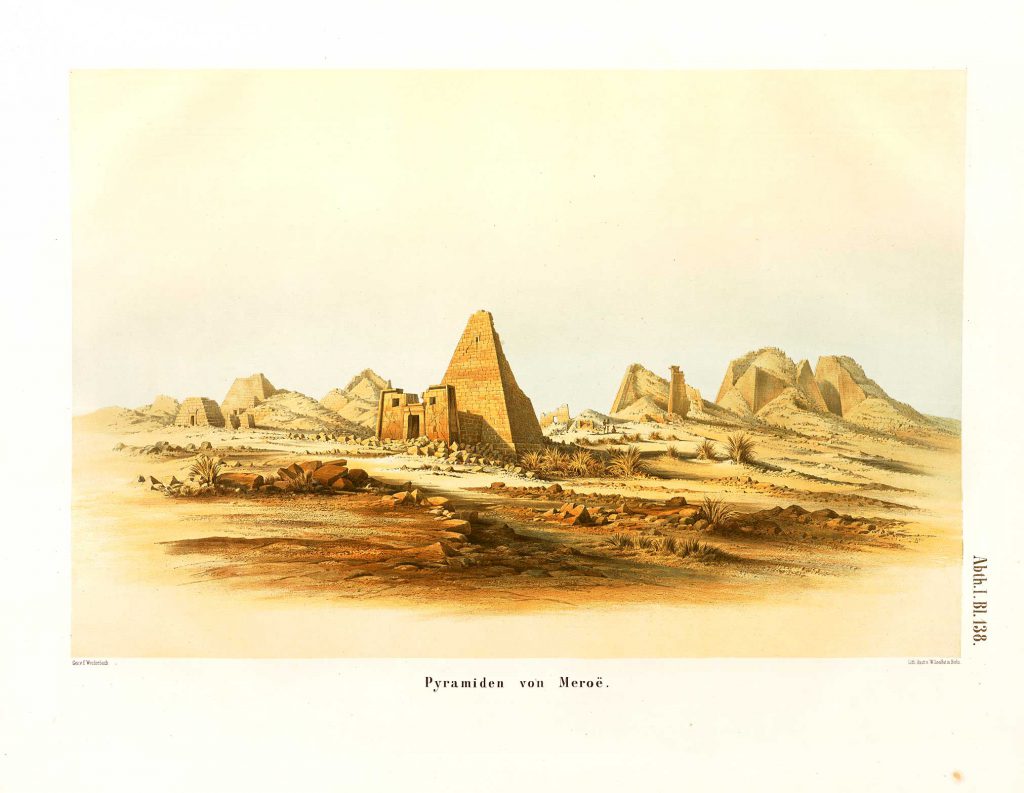 The shattered state of the pyramids is obvious.  Modern German archaeologists have done some repairs with concrete, so thankfully the situation is not as bad as Ferlini left it. 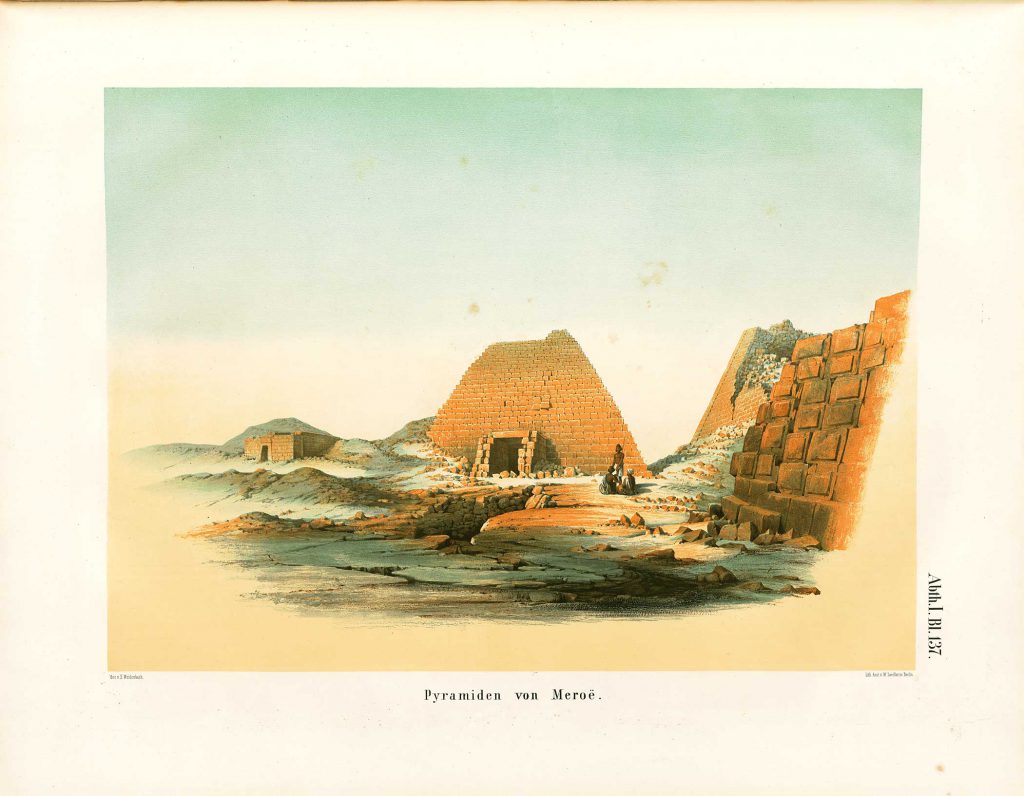 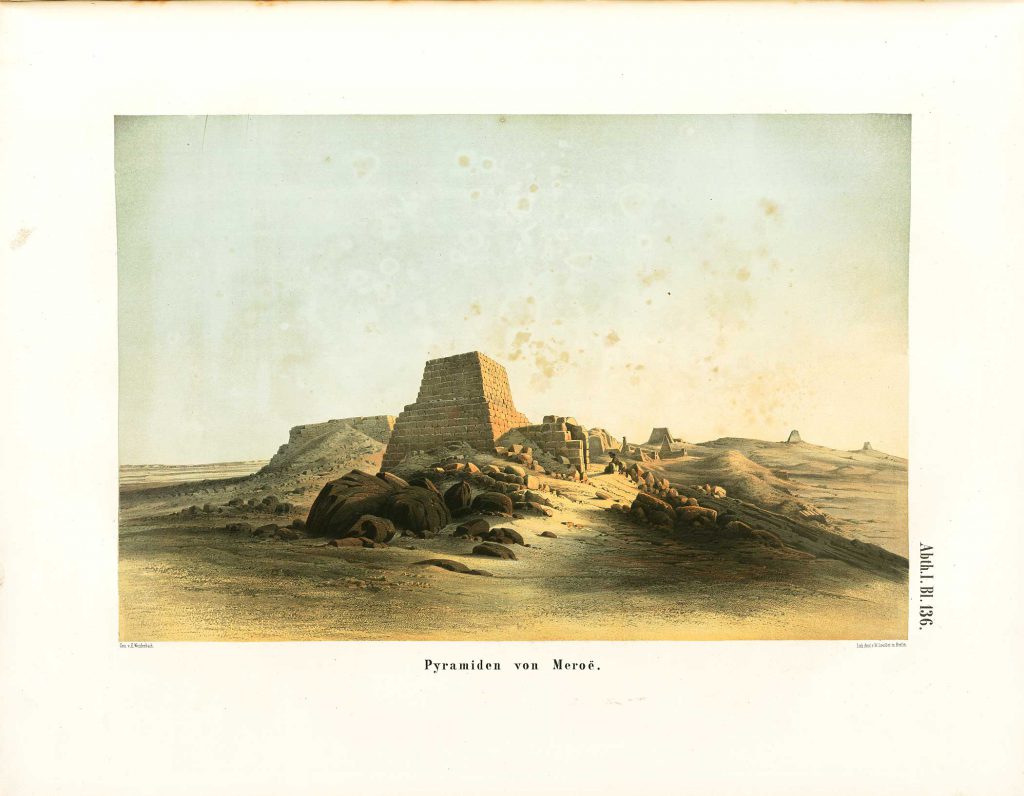 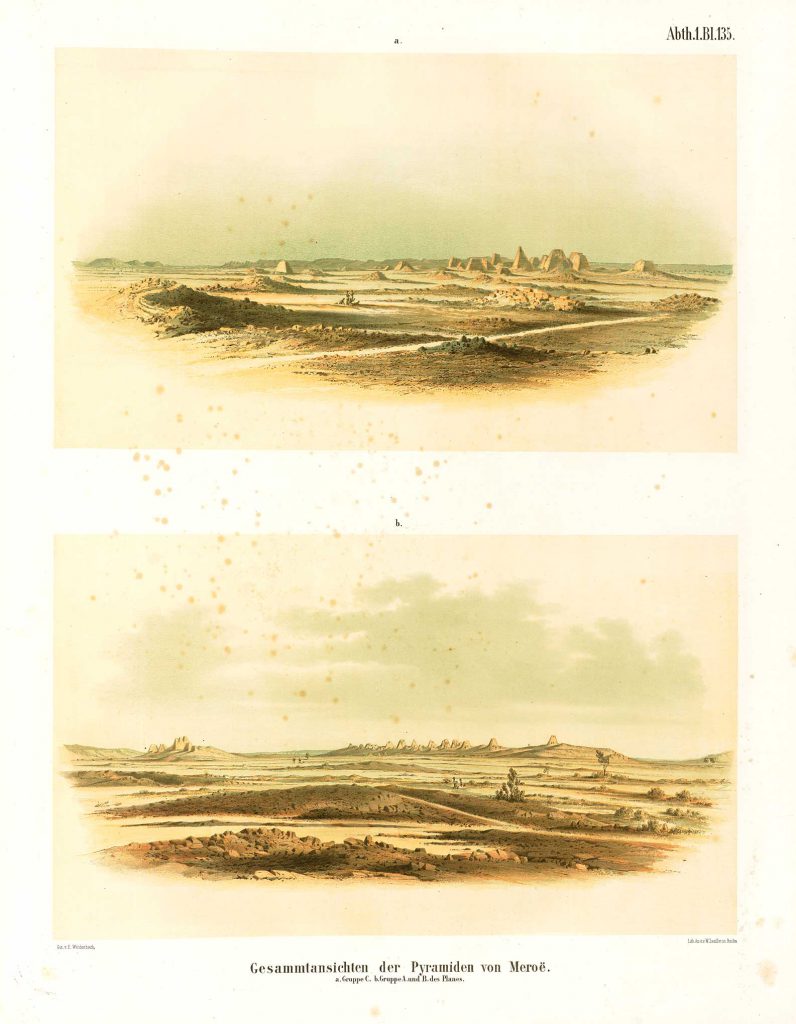 Also a map, but without numbering the pyramids, even though the text does number them!

I’m not an archaeologist, so I’m not that familiar with the literature.  One thing that I have been looking for today, and in vain, is a map of the pyramids, which gives the number for each of them.  For instance I see references to “N11”; but no map to show which this is!  I wonder where these come from?