The next item in our little series on the now-vanished Baths of Constantine in Rome is a plan, drawn by Sebastiano Serlio in the third volume of his Architettura and printed in 1540.  A hard-to-use copy is here, with the illustration on p.92 (“spread 49”).   The 1544 reprint is at the Digital Library in Heidelberg, and again on p.92.  Here is a reduced version: 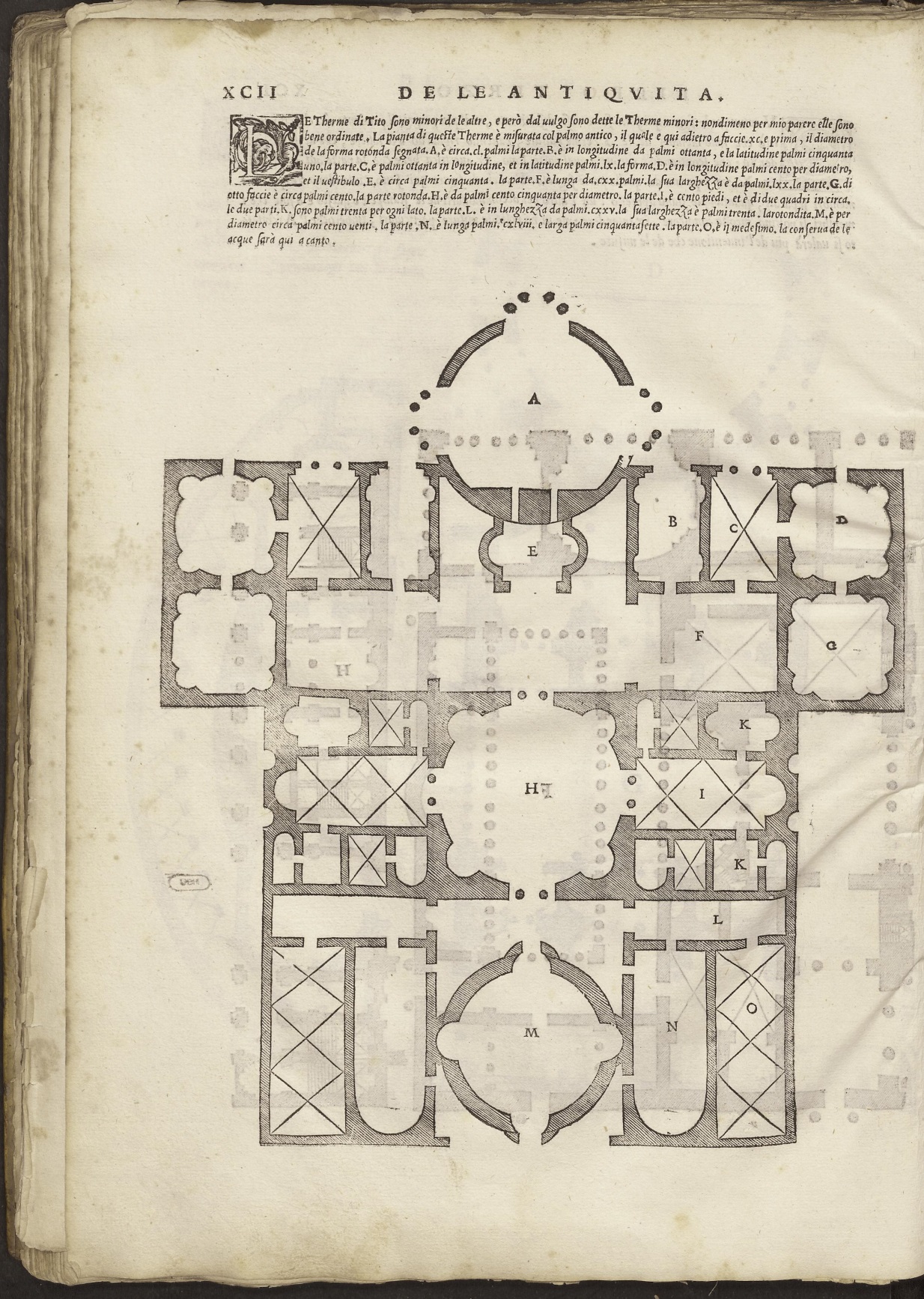 The text at the top merely gives measurements for the rooms where the letters appear, but nothing about what the rooms are.  I wonder if the drawing was made by an assistant, with measurements?  It doesn’t sound as if Serlio has ever seen it.

This plan seems to differ a lot from the others.  I suspect that the problem is that all of them are largely guesswork, and that little was to be seen above-ground, even in 1540, without digging.

The text also calls this the “Baths of Titus”.  I include this drawing because it is listed as a plan of the Baths of Constantine in Platner and Ashby’s Topographical Dictionary of Ancient Rome (1929),  (online at Lacus Curtius here) as “Serlio, Architettura III.92″ with the curious footnote, “Ed. 1550; in those of 1544 and 1562 the reference is III.88. In all these the thermae are wrongly ascribed to Titus.”  But in fact the illustration in the 1544 is III.92 also.

Serlio was apparently the first renaissance architect to realise that a manual of architecture in the vernacular with copious illustrations might form the basis of a successful professional career.  Previous architects had issued tomes in Latin with no pictures and directed mainly at litterateurs.  Volume 3 of his book was devoted to Roman antiquities, which is why the plan is here.