Yesterday I discussed 5 passages from Cyril of Alexandria’s Commentary on the XII minor prophets, which according to a TLG search supposedly reference Matthew 27:25, “His blood be upon us all”.  Passage #1 was a glitch, and #3-5 are genuine and I gave the passages in translation using the Fathers of the Church translation.

But it is passage 2 that I want to discuss now.  For I was unable to see it, in the Google Books Preview of the commentary.  The TLG result is as follows: 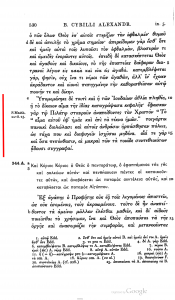 So … why did it not show up in my search of the Fathers of the Church translation? 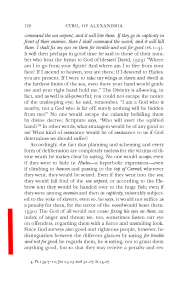 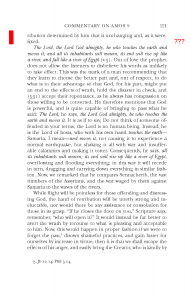 There’s only one conclusion to draw.  The translator, for whatever reason, has omitted this passage from his translation.

This may be an honest error. After all, similar passages do appear translated in the next volume of the same commentary.  But the passage might be considered anti-Semitic, and so politically controversial.  I have referred before to the atmosphere of fear in US universities these days.  It would be worrying if it was omitted for reasons of self-preservation: just as copies of the Talmud in medieval Europe omitted material about Jesus, out of fear of the inquisition.

I have asked a correspondent for a translation of the missing portion, which I will add here.  And I shall write to the editors of the FOC series, and draw their attention to the omission.

UPDATE: Two kind commenters have had a go at the passage (see below).  Bryson Sewell has sent in a version in PDF, with some notes on an unusual Greek usage, which I attach.  Comments are welcome!

“And the wretched crowd of the Jews has endured this, who transferred his righteous blood upon their own heads. For when they were persuading Pilate to crucify Christ, they said, ‘His blood be upon us and upon our children!’ Accordingly, they all perished with their whole households and their cities were plundered together with their men, so that no one was able to escape. As regards the sort and number of the things that they have suffered, the long history books of those who have written about such matters sing of them.”

In addition I have looked again at Pusey’s edition, and verified that there are four, and only four references to Matt.27:25 in the commentary on the 12 prophets: 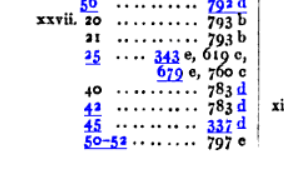 8 thoughts on “Cyril of Alexandria and Matthew 27:25 (part 2): the case of the vanishing passage!”