Ancient technical texts are very hard to work with.  Not merely do you need the usual Greek and Latin language skills, and a feel for the customs of the ancient world.  You also need a specialised understanding of the discipline in question.  Not many of us have knowledge of alchemy, or farming methods, or architecture.  So the manuals on these subjects tend to be understudied and few are translated into modern languages.

I’ve written a couple of posts about Project Hindsight.  This is a project undertaken by people interested in astrology in modern times, but consists of translations of ancient astrological texts.  Such an enterprise can only be valuable, and the collection of translations deserves to be more widely known.  Most are out-of-print but can be obtained as PDFs.

But this week I learned that the principal translator, Robert H. Schmidt, has died.  He was only 67.  He was an independent scholar, and he did the sort of things we do here, so it is very much appropriate for us to commemorate him.

He dedicated his life to ancient astrology, and especially hellenistic astrology; to understand what it was, and translating the primary sources so that others could work.  In most cases he prepared the first ever translation of the sources into a modern language.  He self-published his translations, which inevitably means that they did not find their way into academic research libraries.  This is unfortunate, and it means that they remain obscure.

The funeral home has a web-page with an obituary here, written by Bill Johnston, who also supplied me with some additional information. 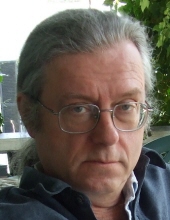 Born on December 22, 1950, Robert H. Schmidt obtained a scholarship to study mathematical physics at M.I.T. But he chose instead to go to St John’s College in Annapolis as part of their “Great Books” programme to read philosophy.  There he was a student of Jacob Klein, one of Heidegger’s students.  But he also learned the importance of reading primary texts in the original language and “discovered his love of the Greek verb”.  Instead of pursuing an academic career, he chose to become an independent scholar, and to translate ancient astrological texts.

He settled in Cumberland, in Maryland.  To support himself he initially worked as a printer, and in a range of other blue-collar jobs, but by middle age he was well-enough known to support himself through his publications and recordings of lectures and seminars – presumably on the subject of astrology, although Mr Johnston does not say so.

A draft of one of his papers, The Problem of Astrology (2000), may be found online here. It repays reading by those seeking to understand what he did intellectually.  At one point he says something which perhaps explains how a university-trained philosopher came to be interested in astrology. He asks what we actually mean by the word “astrology”?

Why the title “Metaphysics of Metaphysics?” [as a description of astrology] Now I chose that title very deliberately because, in my mind, metaphysics has two completely different meanings. My background being in the study of ancient and modern philosophy, when I heard the word metaphysics, I always understood it to mean the study of Being, as it was for the Greeks. It was a great surprise to me when I first went into a bookstore and looked for the metaphysical section expecting to find some new books on Aristotle, and found instead books on crystals, out-of-body experiences, meditation, occultism, and astrology. This was long before I was involved in the astrological world, by the way.

…  There is a statement by a Neo-Platonist philosopher named Iamblichus in a strange book called On The Mysteries. In this book another neo-Platonist Porphyry is directing a number of questions about the Egyptian religion to an Egyptian priest.

Now, this is a very astonishing statement and it made a great impression on me.

Such are the chances of life.

Another article is here.  More materials can be found on his website, Project Hindsight.

A GoFundMe site has been set up on Ellen’s behalf to help with medical bills and funeral expenses at https://www.gofundme.com/support-robert-schmidt039s-medical-costs. We would like to give our sincere thanks to the many people who have contributed so far, and for the outpouring of condolences and expressions of appreciation for Bob and his invaluable contributions to the art and science of astrology through his remarkable research over the last two decades.

Few of us would find it possible to read an ancient astrological text with any enjoyment.  Yet he evidently did.  Most people who read such a text would find themselves baffled by the technical language.  But he was not baffled.  I do not myself possess any overview of the subject of Hellenistic Astrology; and evidently Mr Schmidt found the same, for he composed one.  He made all these translations, and did so from hard, granite-like material in Greek and Latin.  The world owes him a debt for so doing.  Few professional academics have ever even attempted such a  thing.  He did not receive recognition or honour for what he did.  But I suspect that little that has been written on astrology in the universities in the last 30 years will be half as useful or well-informed as his little series of self-published books.

Thank you, Mr Schmidt, for all your efforts.  You sought truth in the heavens.  May you find mercy and the real source of all heavenly truth on the Last Day.  Requiescat in pace.

3 thoughts on “There will be stars: the life and death of Robert H. Schmidt”