As a boy I read all sorts of childrens’ fiction.  Many of these books left lasting impressions on me, and I recall them faintly even 30 years later.  But of course children don’t notice the name of the author, or the title of the book; and some of these books I would dearly love to read again, but cannot because I don’t know which they are.

Down the years I have stumbled across some of them again.  I remember seeing one in my local town library — enough to note the details, before it was stolen.  Later I ordered it.  On abebooks.com they used to have a feature where you could recount whatever you could remember, and others would try to tell you what it was.  I recovered another one that way.

But one eluded me.  All I could recall that was unique was the name of the villains; “baugrens”.  For years I have searched the web in vain, in case it should appear.  But it never did.

This evening I tried again; and got a result.  A bookseller posted an advertisement, and transcribed the blurb, and so it came up.  And it is the right book.  It turns out to be by a certain Tom Ingram, and the title is  “Garranane”:

The cloud appeared quite suddenly over the kingdom of Garranane. At first nothing seemed amiss to Kai and Flor, a brother and sister whose royal parents were visiting a distant land. But the cloud stayed, blackening the sky. Then Lotha came to Scortallin Castle with his troupe of performing dogs, and Fenrir, a beautiful lady who drew terrifyingly accurate pictures from life. And after Fenrir and Lotha, the baugrens arrived in Garranane, creatures of evil who cast no shadows. Almost too late Flor and Kai understood the meaning of the cloud.

Five minutes later I had a copy on order!  I shall be eager to see it again.  Isn’t google wonderful?  But in case this information should vanish, and there is someone else out there looking, I thought I’d repost it here. 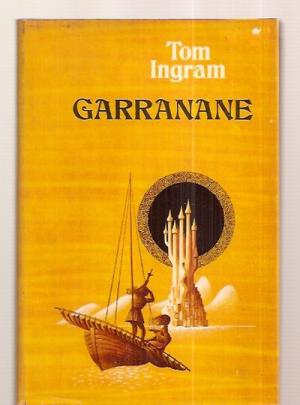 4 thoughts on “Books of my childhood”