A curious report here from the BBC.  Apparently a Coptic business man has reposted a cartoon of Mickey and Minne Mouse in Moslem dress.  I found the Minnie mouse one online, which I attach; I couldn’t locate the other.  Apparently a Moslem cartoonist has — rightly — retaliated with a cartoon of said businessman, which again I have not seen.  And extremist Moslem leaders are calling for his head for being disrespectful.  Nothing special there.

But much more important is how the BBC reports the situation in Egypt.

The outcry comes at a time of tension between Egypt’s Christians and Muslims. …

But many have questioned his wisdom in sharing the cartoons at a time of tensions between Coptic Christians and conservative Muslims.

Scores of people have been wounded and several killed in clashes between the two communities in recent months, and there are fears this row will increase the chances of more sectarian clashes in the run up to post-revolution elections in September.

In each case the BBC puts “Christians” first.  It refers to “tensions” — weasel wording — “between Coptic Christians and conservative Moslems”.

What is actually happening is an onslaught on the Coptic community by Moslem groups, now that Mubarak is out of power, as can be seen in many online news reports.  But the phrasing plays that down, and carefully creates a false equivalence.

The BBC also uses the term “conservative” — the major British right-of-centre party — to describe the extremists.   I’m sure the news team laughed as they did that.

It’s like reading TASS or Pravda in the old Soviet days.

Whatever I want from the BBC, for which my taxes pay, it is not this. 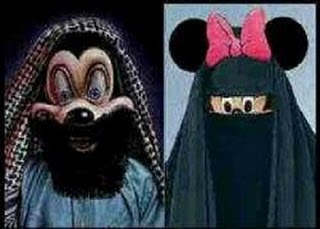 What I’d like now, to complete the set, is the cartoon of the businessman!  Anyone know where it is?

3 thoughts on “BBC: Those Christians are out rioting again”