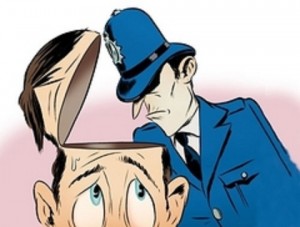 Curious Presbyterian has some interesting news for us, which might otherwise go unnoticed.

He reports — from the Daily Mail, for the BBC has ignored it — that the Orwellian-sounding “Equalities and Human Rights Commission” has executed something of a U-turn — or at least a zigzag — on the question of whether “human rights” legislation might actually protect Christians.

Non-UK readers may not know of this body.  It is an official body which was created by the previous Labour government by merging all sorts of bodies charged with ensuring that special interest groups got special legal protection.  Legislation was passed making it an offence for people to express certain views — it hardly matters what –, and to ensure that those holding those views were punished more severely by the courts than those not doing so.

All this was very bad, and a clear violation of the principle of equality before the law.  It seems as if the EHRC was created to advance the dogma of one side of the political spectrum by intimidating speech by the other.  Anything of the kind is objectionable.

But the legislation went further, and encouraged pressure groups to recruit informers to act as agents provocateurs.  Notoriously the body started funding legal attacks on Christians, mostly isolated and poor, by well-organised and well-connected gay groups.

Nor was this accidental.  The legislation was intended to go further still, but did not pass before the election.  It was part of a climate of opinion, deliberately created by certain members of the last government.  In a country where no-one can afford to go to law, a government minister was heard to boast that the churches would have to hire lawyers.  The harassment was intended, therefore, rather than an accidental effect.  The name of the body was, no doubt, a conscious nod to the Canadian “Human Rights Commissions”, of evil reputation.

Here’s what the Mail said:

In a major U-turn, the Equality and Human Rights Commission declared that judges should not have backed employers who pursued Christians for wearing crosses or for refusing to give sex therapy to gay couples.

. . . Just seven months ago it had championed the cause of civil partners Martyn Hall and Steven Preddy in their successful bid to sue Christian hoteliers who had refused them a double room.

He includes the following acute comment by Nick Donnelly:

It’s under a month since Trevor Philips, head of the Equalities and Human Rights Commission (EHRC), claimed that so-called ‘Christian activists’ were exaggerating claims of persecution in the UK.  So how to make sense of this unexpected U-turn?

I suspect a number of developments have forced the EHRC’s hand – the decision of the EU Human Rights Court that there was merit in Christian’s claims of religious discrimination; the recent revelations of meetings between government ministers and Church of England bishops to discuss new laws to protect religious freedoms and the government’s general suspicion of the EHRC.

This analysis is undoubtedly correct.  A new government, looking for cost savings, will certainly look hard at a body set up by its political opponents to harry those who would, in general, be supporters of the new  government.  And so they should.

After the election, the EHRC lay low, waiting to see what would happen.  But on June 20th, less than a month ago, as I reported, the EHRC was gearing up for the fight once more.  Its chairman made clear that the Christians were for the lion.  He could hardly keep his contempt out of his voice.  It was like listening to a KGB minister for religious cults; and uncannily reminiscent of Orwell’s “Ministry of Love”.

Thankfully Teresa May, the new Home Secretary, has clearly decided that these people need sorting out.

England needs no thought police, Mrs May.  We don’t want inquisitors on the rates.  May I encourage you, then, to FIRE THEM ALL.

2 thoughts on “Christians in Britain may have rights after all, announce thought police”