The Stavros Niarchos foundation continue to fund the digitisation of Greek manuscripts at the British Library, who in consequence are still shovelling them online.  Thank you both, gentlemen: this is good news.  Long may it continue!

A new tranche of 75 was released today, bringing the total to 500.  Fortunately the library staff have started to give a summary of the contents of each manuscript, which can be found at the bottom of the post.

So, what goodies are there for patristic and classically minded people in this release? 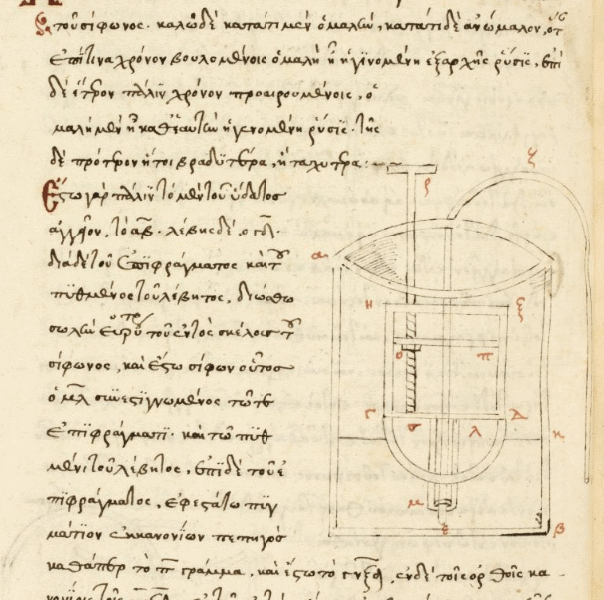 Useful to be able to see what the manuscript contains, tho.

I wonder if there are online English translations of these two works?  Greek scientific literature is shamefully neglected.

(How I wish it was possible to link to what I want to display, at the resolution I want, and to embed the precise view that I want, rather than having to screen-grab bits like this?  Surely it should be possible to pass a few parameters to the display engine?)

The sigla are in red in the margin.  The top one is “xru” — probably Chrysostom.  The lower one is “athana” — probably Athanasius.  I wonder what the bit above the name is, in each case?  What we need now, of course, is a list of authors and folio numbers for each.  That would be quite a task, tho!

It would not be right to ignore two mss. containing work by Manuel Chrysoloras, such as Harley 6505.  Chrysoloras is the father of all modern Greek studies.  He was a Byzantine diplomat who was persuaded to come and teach in Florence at the very end of the 14th century, and who proved capable of reducing the myriad complexities of Byzantine grammars down to something that could be comprehended for the first time by a non-native speaker.  Before it, fol. 1v has with an alphabet, and a few marginal signs at the bottom.  Ever wondered how we know that a sign indicates “obelise”? —

Of course I am just scratching the surface here.  Go and explore!