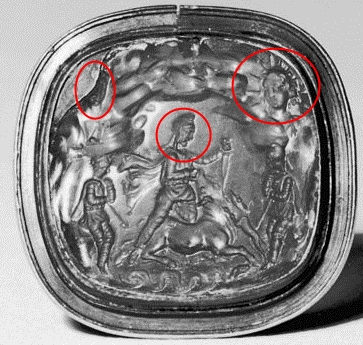 4 thoughts on “A gem with a Mithraic tauroctony of the 1st century BC?”