Now that the French National Library has a bunch of Greek manuscripts online, we can use them to find out what proportion have chapter divisions and titles.  It can’t be comprehensive, but this limited exploration will give us some sort of idea.  It will also be interesting to see if I stumble across any tables of contents.

The divisions are identifiable as breaks in the text, often with a red heading in the gap, and an initial on the new line.  Here, for instance, is one that I just found, in Ms. gr. 2971, folio 10v: 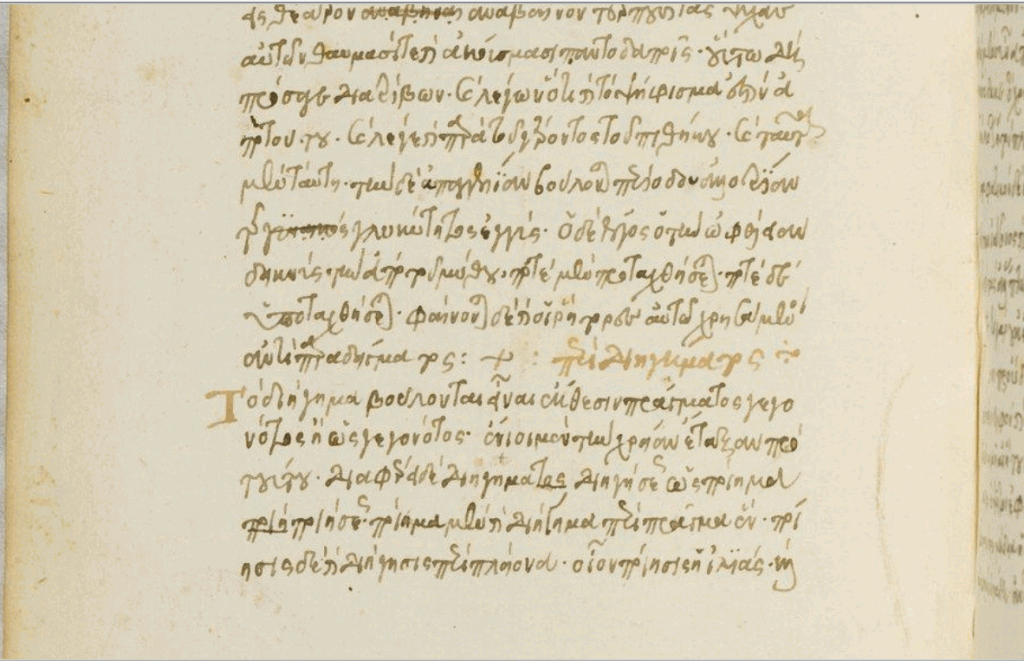 On the other hand initials pushing into the margin like this may only be paragraph markers. 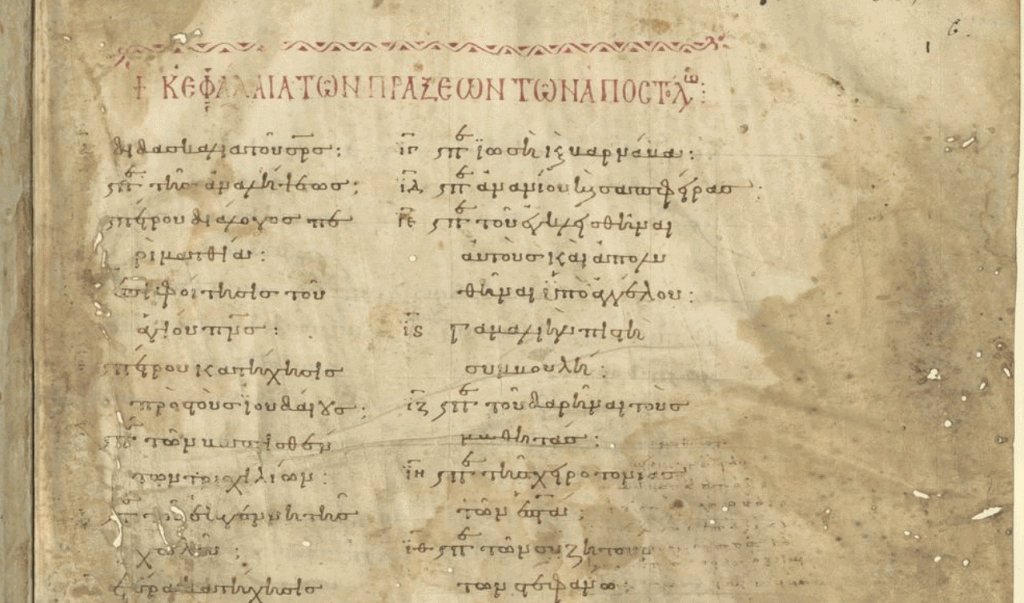 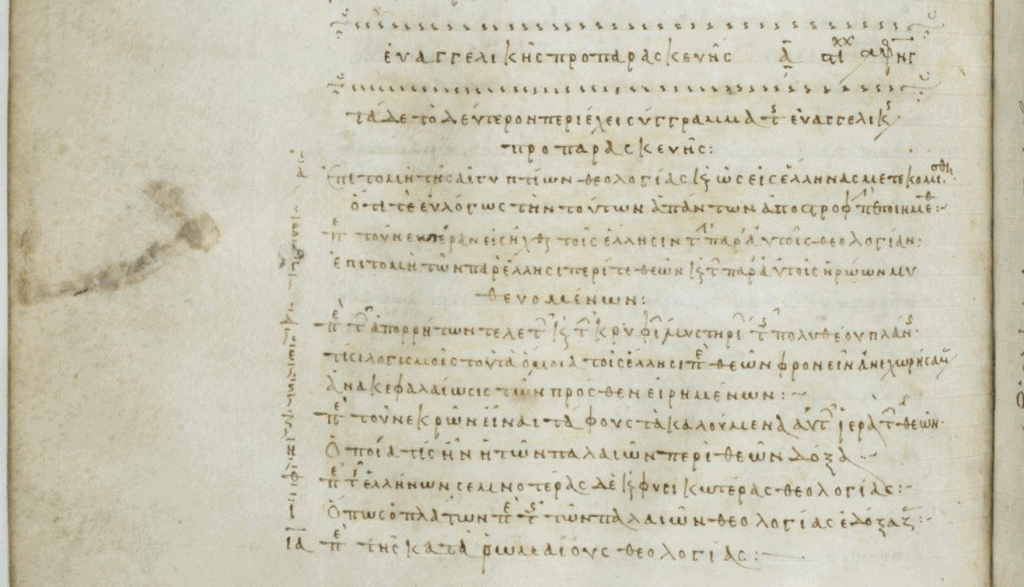 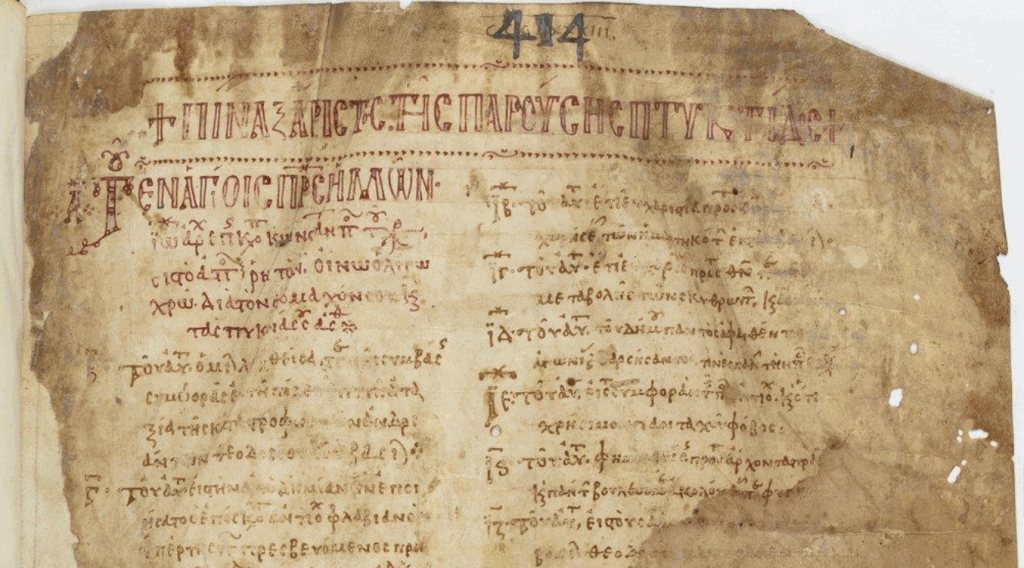 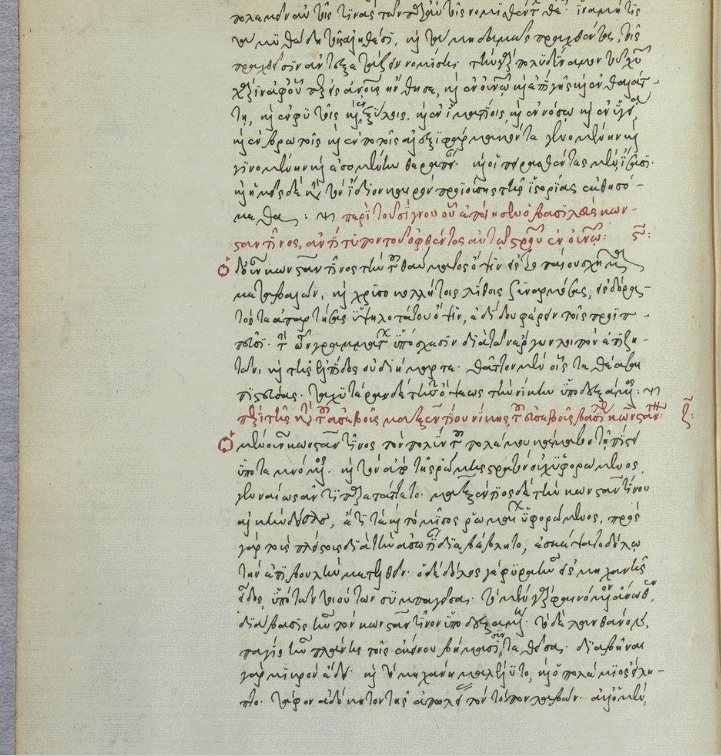 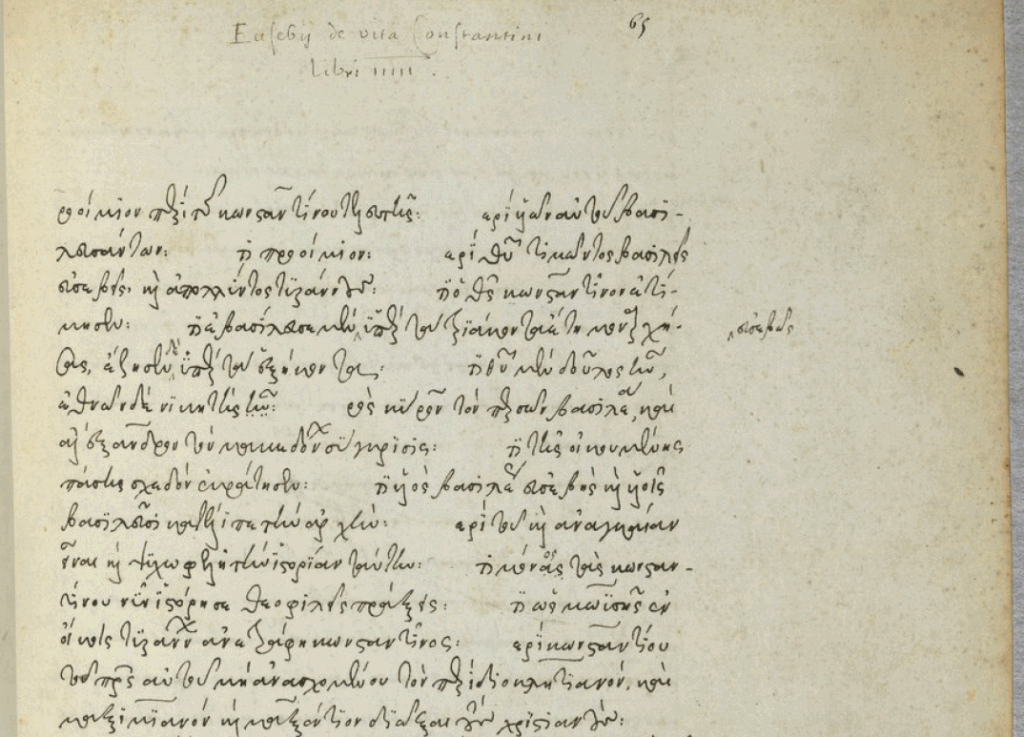 and f.81v shows the end of the table for book 2, a blank line, and then the start of the book.  The PE here is noticeably devoid of book titles, although it does feature colophons.  There is likewise a table of contents for Constantine’s Ad sanctorum coetum (f.134).

Now that was an interesting way to spend an afternoon!  Thank you, BNF, for making it possible to see all these things “in the wild”, as it were.  This is precisely what a major library should be doing.  And making it possible to download PDF’s helped as well, at various points when I was skimming around the pages looking for things.  Again – thank you.

I suspect that most of these mss. never even get looked at.  Well, today they did!

UPDATE: That was 42 manuscripts, and even at the press of a mouse-button, that took all afternoon.  Useful, tho!