As we consider Salvian’s letter 9, discussing why his Ad Ecclesiam was written under the name of Timothy, let us also include the following item, taken from the Private Eye Annual 2009, ed. Ian Hislop.  Private Eye is a British satirical magazine, and the “Book of Ehud” is an item that appears in very similar form whenever it feels the need to comment on Israeli affairs. 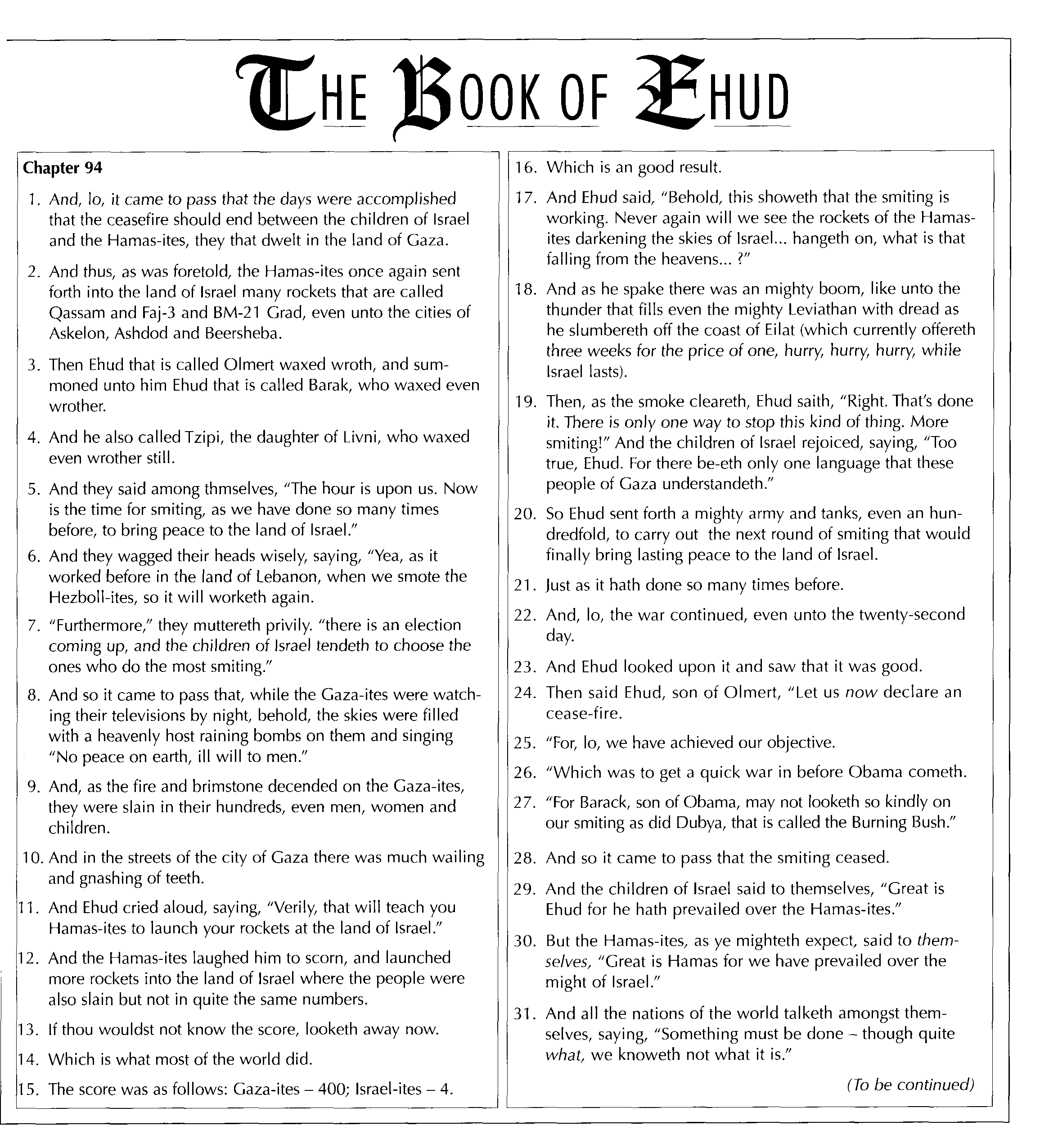 OCR’d this gives the following text:

The Book of Ehud.

They had, as we may readily see, other motives.  The object in this case is satire, and a rather unworthy sneer at Israeli efforts at self-defence.

Whether all this would be entirely obvious — to a dull man — in 1,500 years I do not know.  I suggest that it is the contemporary nature of the events described that make all this clear to us now.

But when we come to look at Salvian’s Ad Ecclesiam, and the allegations of Bart Ehrman about it, it will be useful to have this current example to hand.