A correspondent kindly drew my attention to this page on Wikimedia Commons, where there is a drawing published in 1756 by Piranesi, from Le antichità Romane vol. 1, pl. 36, of the Arch of Constantine, and the now destroyed fountain, the Meta Sudans.[1]  The scans were made in Japan from a 19th century reprint.

Here is a small version of the whole drawing, for context: 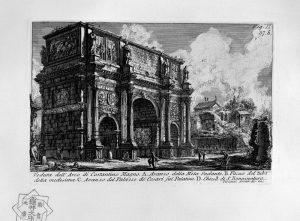 The Meta Sudans is at the right.  Here’s a zoomed in version of that part of the drawing: 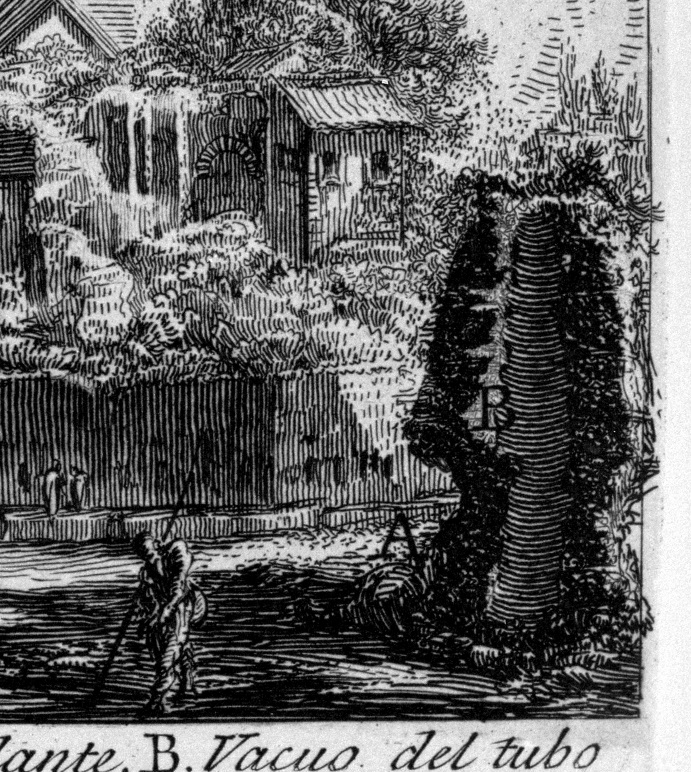 The nearby figure of a man conveniently gives the scale, which indicates just how tall the monument was in the 18th century; three times the height of a man, and so about twice the size that it appears in 19th century photographs, after the top half was removed.  It also confirms the foliage growing on top of it, as is seen in some paintings.

This is a very useful bit of documentary evidence of the state of the fountain before it was truncated.

2 thoughts on “A drawing of the Meta Sudans by Piranesi”