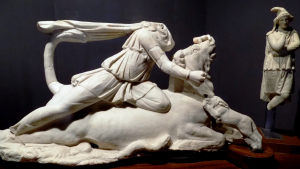 I must have missed the announcement, but Csaba Szabo kindly drew my attention to his report on an international conference on Mithraic studies in Italy.  About 50 people attended.  Sadly the long-exploded Cumont theory was in evidence in some papers.  But it sounds as if it was an interesting event.

The main impression that I gained from Dr S.’s report, was that the sub-discipline is in limbo.  The field is too small to support a regular journal, as the ill-fated Journal of Mithraic Studies discovered.  Likewise those studying Mithras are invariably drawn to look at related cults.  It is troubling that at such a conference there was limited discussion of recent archaeology; for it is from archaeology that progress in understanding will be made. 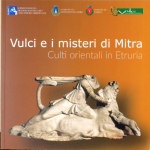 Dr S. also put on his blog some nice photos of the Mithraeum of Vulci.  I am deeply envious – it is impossible to get hold of any printed material about this place – all in Italian – and even a google search on the booklet he mentions, Vulci e i misteri di Mitra: Culti orientali in Etruria, will quickly reveal … no hits!  Oh well.  It’s good to see some interesting pots, tho.  It also clarified that the tauroctony in place in the Mithraeum is clearly a restored copy.  Pity they got the head wrong – Mithras always looks back over his shoulder!

6 thoughts on “That old bull again! – the recent international conference on Mithras in Italy”