A news report from the Turkish website, the Daily Sabah, on 19th August 2016, contains a photo and a curious story:

A Roman-era “Mithras Mosaic,” dating back nearly two millennia and depicting solar and astrological signs from the Roman zodiac has been discovered during archeological excavations in the Hisar region of the ancient province of Bursa. 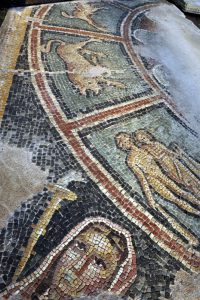 A statement by the Osmangazi Municipality says the excavations, initiated as a part of the “Hisar Archeopark Project” in an attempt to shed light on Bursa’s ancient history, resulted in the discovery of artifacts from the Roman, Byzantine and early Ottoman periods.

The mosaic is from the 2nd century and depicts zodiac signs indicating seasonal changes: the movement of the sun, known to the Mithras cult as the “Invincible Sun” (or “Sol Invictus” in Latin) through the 12 months or zodiacal houses of the solar calendar, as well as depicting the solstice and equinox. …

The archeologists encountered the remains of walls believed to be a part of either a public bath or marketplace. Osmangazi Municipality mayor Mustafa Dündar said they will enlarge the area being investigated as the excavations unearth further discoveries. Dündar emphasized that Hisar Archeopark will encourage the extension of the knowledge of the history of Bursa, adding: “We first discovered water pipes belonging to the Ottoman era, and then marbles belonging to the Byzantine Empire. Underneath them all, we unearthed Roman era mosaics.”

The location is in the modern Turkish town of Bursa, which stands atop ancient Prusa.  Osmangazi is the district of Bursa.  I have myself passed through Bursa, on a tourist coach, not that long ago.

But what is Mithraic about a mosaic of the zodiac?  The zodiac appears in depictions all across the ancient world.

Sadly there is only the one photograph.  No other information seems to be available, which is annoying.

One can only wish the town of Bursa success in their Archeopark Project and excavations – it is a worthy project.  But how irritating that so little information is available!

First there is a book out there, for which a table of contents and order details exists here (local copy AIEMAconferencevolume11 PDF).  I don’t know if the Bursa find is discussed, but the PDF contains an extra picture: 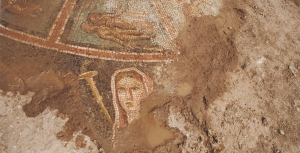 There are some interesting pictures in a very nice little magazine/newspaper from March 2015, called “This Is Bursa.” Unfortunately it was uploaded in a horrible Adobe Flash viewer, which doesn’t work in IE, and won’t work at all in a few years (for Flash is doomed).  The authors would be well advised to repost it as a PDF.  I must admit that, for promotional material, it is really rather charming.  Perhaps the fact that few of us know anything about Bursa is a factor.

I’ll post the contents here, as best I can, in case it all vanishes.

On p.9 the following images appear: 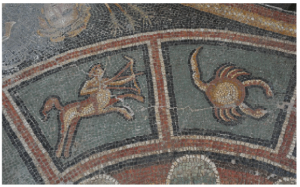 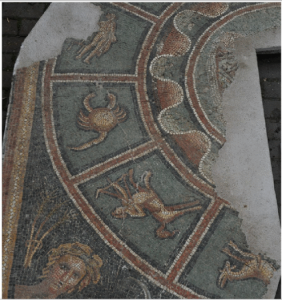 Osmangazi municipality focuses on historical and cultural heritage of Bursa.

Mustafa Dundar. Mayor of Osmangazi Municipality has recently pointed out that a series of excavation and restoration works on  historical and cultural heritage and riches of Bursa are underway  within the framework of Hisar Archcopark archaeological project.

According to Mayor Mustafa Dundar, Hisar District of Osmangazi  possesses diverse range of historical riches dating back to 2700  years ago. Cooperating with Bursa Museum Directorate, the project includes an area of 7000 square meters.

The district has been shaped by several civilizations such as the  Bythinia, Rome, Byzantium, Seljuqians, and Ottomans. The first  marks of the Ottoman Empire exist within Osmangazi where it  extended from the foot of Uludag to the plain of Bursa. Within the  boundaries of Osmangazi, approximately 1800 registered historical  buildings exist.

Bursa was seized by Osman Bey in 1307 and conquered by Orhan  Bey, the son of Osman Bey, on 6 April 1335. The capital of the  empire was moved to Bursa in 1335 and new development movements were initiated. When Bursa was conquered, the city consisted of the inner castle, but Orhan Gazi had the Orhan Gazi Complex built out of the town. Public buildings such as mosques, baths,  soup houses, hospitals, madrasahs were built out of the walls,
where new settlements had been initiated, hence a new tradition  of settling area had been established.

As known, Osmangazi is the largest and central municipality of  Bursa Province. It also makes up a district of Bursa Province. On  its own, it would be the 8th largest city in Turkey.

Osmangazi, the center of social and economic relations for years,  is in the crossroad of roads to Izmir, Istanbul and Eskisehir.  Osmangazi is the biggest district of Bursa that is on the southwest  coast of Marmara Sea. Gokdere River on the cast, Nilufer River  and Mudanya Road on the west, Katirh Mountains on the north,  Uludag and Kirazh Plateau are the natural and artificial boundaries of the district.

There is also a rather nice photo of what I assume is the mayor and his colleagues visiting the site.

My sincere thanks to suburbanbanshee for ferreting this out!

UPDATE: @suburbanbanshee has been busy.  These notes from the comments.

In the summer of 2009, a full zodiac motif similar to Palestinian models was found in Bursa, Turkey, in a purportedly third-to-fourth century building that has not yet been identified…

The author in fact is discussing the appearance of zodiacs, with the seasons, in Jewish synagogues.  He states on p.316:

By far the most stunning Hellenistic-Roman depiction to appear in Jewish art of Late Antiquity is that of the zodiac signs, the figure of the sun god Helios, and the four seasons (all hereafter referred to as the zodiac motif ). Indeed, no single motif in all of ancient Jewish art has aroused more surprise and scholarly attention than that of the zodiac appearing in a number of synagogues from Byzantine Palestine; indeed, this interest is reflected in scores of books and articles on the subject.

The chapter is extremely interesting, and I recommend a read.  He lists with literature all the examples, and discusses the degree to which this is a “pagan” item, and whether in fact the pagan aspects had disappeared in a depiction of the son, the months and the seasons.  It does raise the question, then, of whether the Bursa discovery might be of a synagogue!

The two figures in the corners do appear to be the seasons.  The female with the wheat stalks on one side and a sickle on the other looks like Autumn.  This figure is portrayed with autumn and winter constellations (Libra, Scorpio, Sagittarius, and Capricorn).

The other figure, in a hood with a pink colour is portrayed with spring constellations (Aries, Taurus, and Gemini):

So she could be Eiar or Thallo, but I don’t see much in the way of Spring wearing a hood. (Not that that means much, since it seems like the Seasons are depicted any way the artist fancies.) She is carrying a raised torch, I think now, and that can be associated with the return of light.

I guess they are hoping it’s Cautes [the follower of Mithras], because some material online says Cautes is associated with the beginning of Spring.

Ah… found something… Eirene (Peace) was often used as Spring (possibly because Spring was both planting season and the beginning of campaign season, and people were hoping to be able to plant before any fighting started).

And Eirene can be depicted carrying a torch. So it’s probably Eirene as Spring. She probably would have had something in her other hand, like Baby Plutus (wealth, because peace allows prosperity), a cornucopia horn (because peace allows abundant crops), or a rhyton for libations.

The figure in the hood is not Cautes, who is not depicted, as far as I am aware, in a hood.  But @suburbanbanshee is probably right to suggest that the combination of the sun at the centre (if it is), and a figure with an upraised object that could be a torch, is probably why someone suggested Mithras.

There is a rather confusing article here at Perseus, which makes clear how indistinct these figures were, although it is referenced to primary sources.  The Wikipedia article is no better and of course is not referenced.  Its statements appear in fact to derive from this wretched source.[1]  I could find no good discussion online of the Greek seasons.  I think we may leave it here, tho.

16 thoughts on “A supposed Mithraic mosaic, with zodiac, unearthed in Bursa / Prusa”