The “Colossi of Memnon” at Luxor in Egypt were a recognised tourist sight in antiquity, because one of them made a “singing” noise at dawn.  Few will be aware that the lower portions of the statues are covered with ancient graffiti and inscriptions.

Among these, I learn from David Blocker, is an inscription by “Petronius”.  This is not the literary author, Petronius Arbiter, but rather the prefect of Egypt under Domitian, Petronius Secundus.  The inscription is as follows:

When the emperor Domitian Caesar Augustus Germanicus was consul for the 16th time, T. Petronius Secundus, prefect of Egypt, heard Memnon at the first hour on the day before the Ides of March, and honoured him with the Greek verses written below:

“You sent forth your song, O Memnon, because a part of you is seated here, when the son of Latona struck you with his brilliant rays.”

This work carried out by T. Attius Musa, Prefect of the 2nd cohort of Thebans.[1]

The date is 92 AD.  The graffito makes clear that it was the action of the sun that caused the sound.

Early travellers drew and published pictures of the statues and the graffiti, the latter often recorded very inaccurately.  Some tweets of these can be found here, although not ours.  French translations of the inscriptions can be found online here.

The statues themselves are actually of Amenophis III, and originally stood in front of his now-vanished mortuary temple.  But an earthquake damaged one of them.  After this, at dawn, the statue vibrated and gave out this peculiar noise.  The noise ceased after Septimius Severus had the statue repaired in the 3rd century AD. 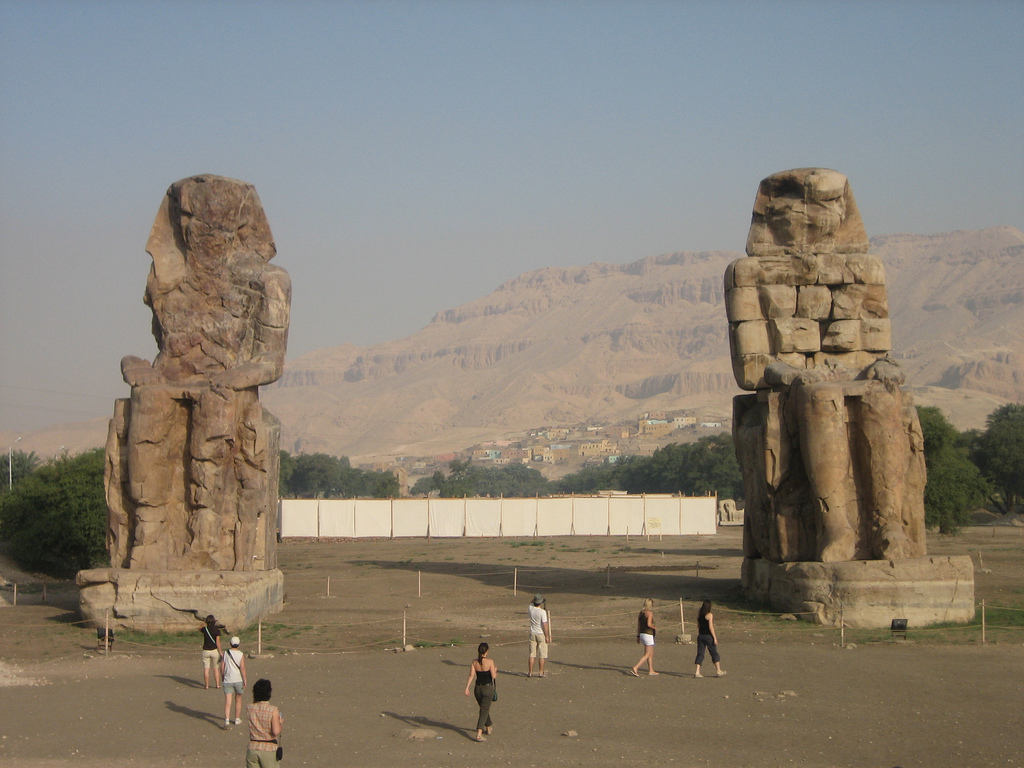 10 thoughts on “Petronius Secundus, Prefect of Egypt, at the Colossi of Memnon”