This week I saw on Twitter that a certain Jack Chick had died.  I was rather astonished at the outpouring of jeering, bile and vitriol in response!  In fact I had never heard of the man until a few years ago, when I heard some atheist cursing him. But apparently he was well-known in the USA as a writer of evangelistic tracts in cartoon form.

The tracts themselves are simple but rather compelling, and the message of the gospel of Christ is certainly preached very directly.  I don’t think that I have ever seen any; but they can be found on his website.

An article on Taki’s Magazine here gave a review of his work.  It also listed two of his tracts as particularly typical.

The Last Generation was written in 1992, and reads somewhat presciently now.

This was your life is a typical tract.

The first example of his artwork is one that I saw online on Instagram, in condensed form: 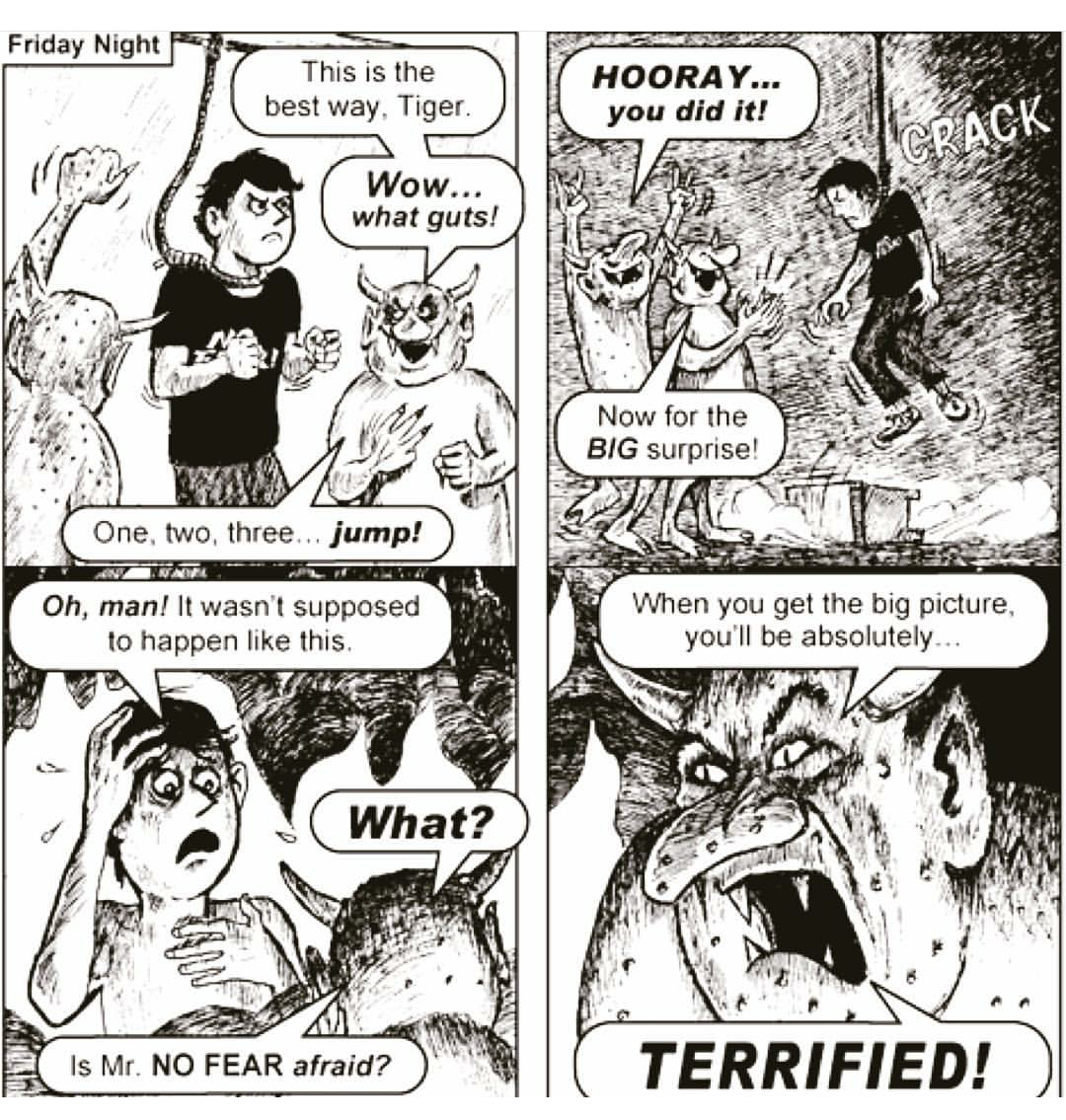 It’s all a useful reminder to focus on Christ.

We all spend our lives busy, earning a living, and pursuing our hobbies.  But unless we have given our lives to Christ, in the end, it’s just like ploughing the sand.  The graveyards are full of people who knew that they were irreplaceable.  Everything screws up in the end.  But … there is a way out, if we meet Christ.

5 thoughts on “Preaching with cartoons?”