The pyramids of Meroe, today Gebel Barkal or Mount Barkal, 100 miles north of Khartoum, were vandalised by an Italian, G. Ferlini, ca. 1832.  But between 1819 and 1822, a French explorer named Frederic Cailliaud also visited the area.  His discoveries were published in four normal-sized volumes of text, each around 400 pages, and two large atlas-sized volumes of plates, each of 75 pages,[1] all under the title Voyage à Méroé au fleuve Blanc fait dans les années 1819 à 1822, Paris (text: 1826-7; plates: 1823).  The volumes of text are online; the volumes of plates, sadly, do not seem to be.*

A few scattered plates can be found online, in variable quality images, and I thought it was worth giving these here.

First, a general view of the pyramid field, as it then was, taken from the north-east:

This photograph, via Wikimedia here, shows part of the same area today.  The three little pyramids in a line at right-angles, in the middle of both images, helps to see what is what: 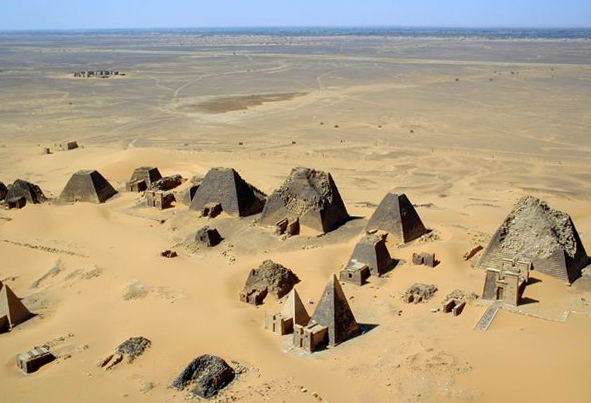 Next, a view of the north-western group of pyramids, taken from the south-east (via here, which also shows the 4 vols of 2, and the 2 vols bound as 1 of plates):

Interestingly I found a photograph of the same group of pyramids today here: 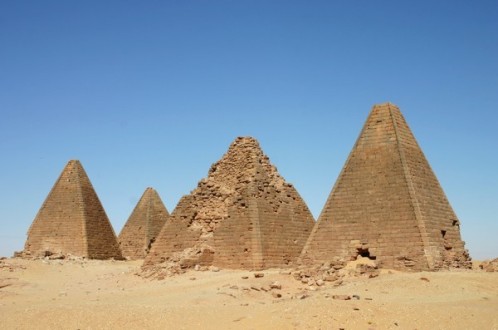 Next, plate 35, which I have worked over a bit from a poor photograph, and shows a plan of the pyramid field:

And a couple more, also reworked by me, from the same source: 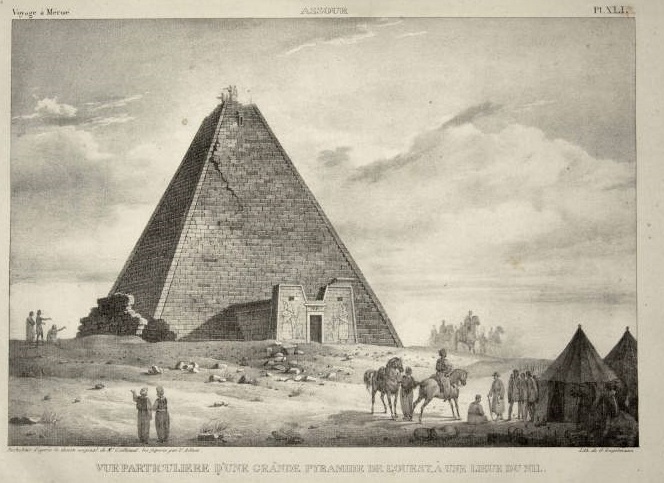 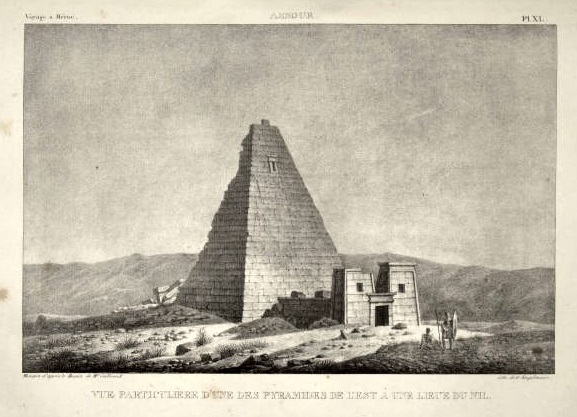 I am unsure, but I think this modern photograph by Olivier Maurice from here may be of one of these pyramids: 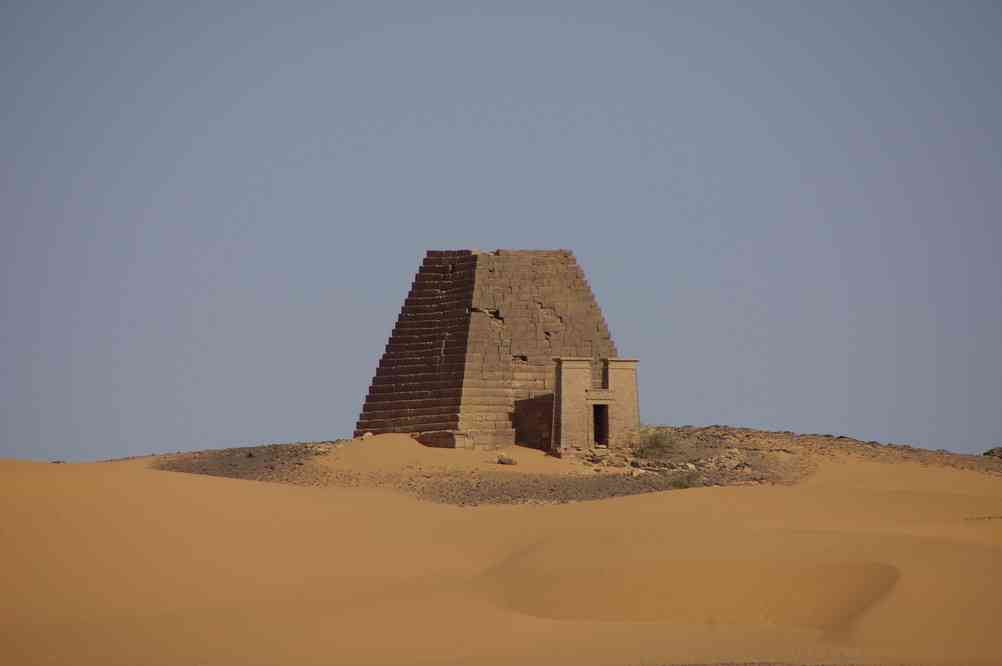 I suppose that I shall never see these pyramids, situated as they are in a troubled land; and indeed the same is true of most of us.  But it is deeply interesting to see these drawings, and the modern photographs also.

* UPDATE: a correspondent draws my attention to the fact that the two volumes of the “Atlas” are indeed online at the Biodiversity Heritage Library here and here.