This story passed me by completely, until the excellent J.-B. Piggin tweeted about it, as part of his lists of Vatican manuscripts coming online.  Justin Stover has more here.

In 1949, the historian of philosophy Raymond Klibansky made a dramatic announcement to the British Academy: a new Latin philosophical text dating from antiquity, a Summarium librorum Platonis, had been discovered in a manuscript of the Vatican (although he did not disclose its shelfmark). During the remaining fifty-six years of his life, until his death in 2005, his promised edition never appeared (Proceedings 1949).

The work was transmitted with the other works of Apuleius, where it was treated as book 3 of De Platone, hitherto presumed lost.

Piggin notes (after Justin Stover added a comment) that Klibansky did reveal the shelfmark in 1993, in his catalogue of the manuscripts of Apuleius’ philosophical works, with Frank Regen, Die Handschriften der philosophischen Werke des Apuleius.

The manuscript is in fact Vatican Reginensis Latinus 1572, online here, although only in a wretched digitised microfilm.  The online catalogue entry is here.  The Vatican catalogue describes this as a 14th century manuscript, but R.H.Rouse has identified it as one of the manuscripts of the 13th century French bibliophile, Richard de Fournival.[1] It contains works of Apuleius, plus notes.  Justin Stover has a paper online here discussing how the manuscript fits within the stemma of the philosophical works of Apuleius.[2]

The new work begins on folio 77r (frame 78), and here’s the opening portion.  The text starts with the Quod in the third column. 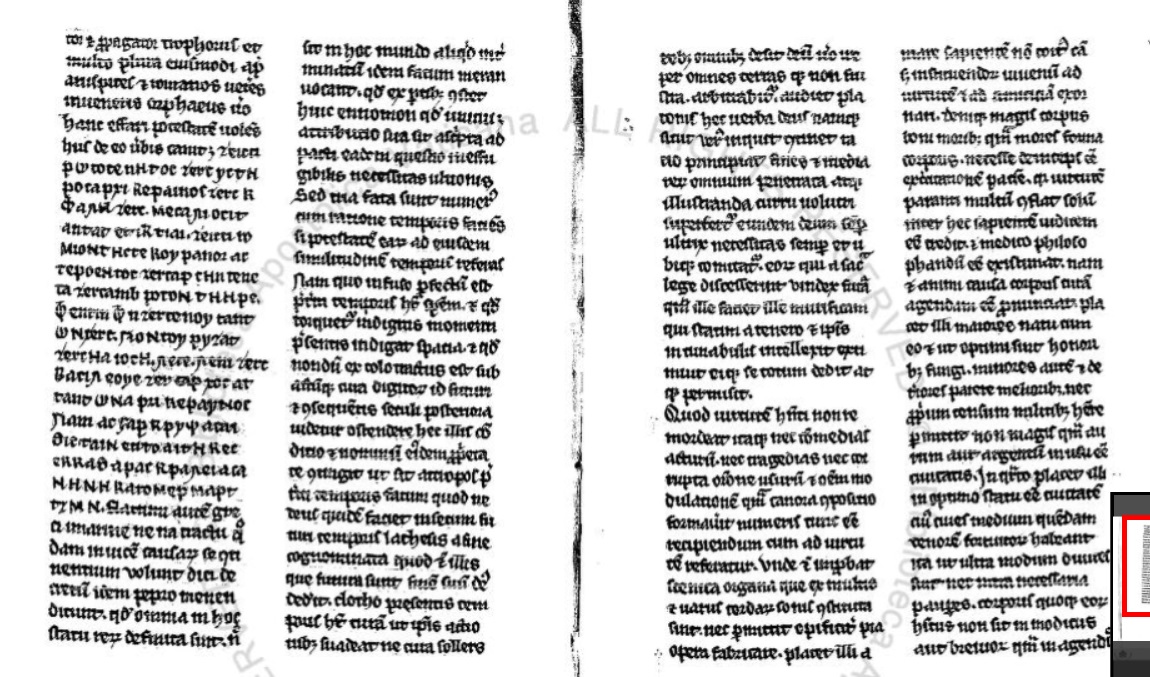 Stover’s edition, A New Work by Apuleius: The Lost Third Book of the De Platone, has since appeared with OUP. (HT to Pieter Buellens (@LatinAristotle).)

Furthermore, there is also a paper online here from Justin Stover and Yaron Winter, in which the proposed authorship of the work is assessed using computational linguistics.[3]

I think we all owe a debt to Justin Stover for his work on this one.

And if you don’t follow J.-B. Piggin’s blog, with its endless notices of Vatican manuscripts as they come online, you should.

UPDATE: My thanks to Pieter Bullens for correcting my mistake about the date of the manuscript on twitter.  I’ve updated the reference.

3 thoughts on “A new work by Apuleius!”