A twitter post alerted me to the existence of an oil-painting from 1849 by Pierre Monami, depicting the Roman forum with the Arch of Constantine, the Meta Sudans, the Temple of Venus and Rome, and the Via Sacra leading to the Arch of Titus.  The painting was sold recently at Bonhams, who have a viewer on it here. 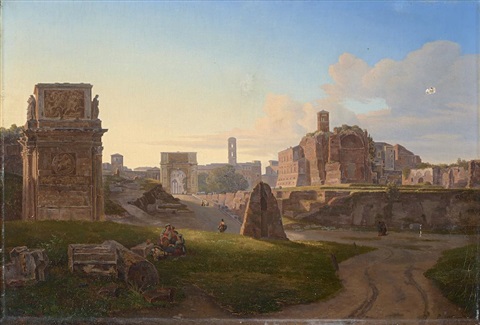 Zooming in we get this:

The most notable feature is that the Meta Sudans looks pretty much exactly as it does in 1930. The demolition of the top section took place earlier, it seems.