A week of illness, as I have had yet another bout of fever and stomach troubles, assisted by a dental problem.  It seems odd to get two episodes of the fever within two weeks, but so it is.  I’ve been unable to respond much to emails.

Most days I have taken a ten minute drive down to the sea front, and walked a little on the promenade.  The section that I go to is far from the pier, which means that it is quieter, and fortunately the street parking is free, which is a blessing.  I can sit there and gaze at the waters for a bit, without being charged.  Two very sunny days presage the coming of summer; but today we’re back to cold March weather.

The rest of my days has been spent lying on the sofa, and reading websites.  Many of these are political, and of course these are always full of the latest crisis; which is not really good reading for an invalid.  My twitter feed is now entirely without political content.  In fact I’ve been reading lots of posts about the Sudan and its monuments.  I’ve even followed the Khartoum weather centre tweets – somehow hearing that it is 35ºC out there, under a cobalt sky, is cheering.

At night I’ve been reading from Paupers and Pig-Killers: The Diary of William Holland, a Somerset Parson, 1799-1818 (Amazon). 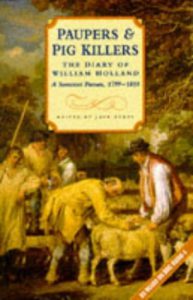 This is what it sounds like: the daily journal of a clergyman, complete with sharp observations of his neighbours.  Each entry is short, and it is just as gently readable as James Woodforde, The Diary of a Country Parson (1758-1802), Amazon, who lived in Norfolk.  Sadly a lot of the volumes of Holland’s diary are lost, including the year of Waterloo.

Almost any account of daily life, it seems, is of interest once enough time has passed.

I’m a little sick of reading Twitter, so I have pulled down the white hardback of Kent Weeks’ The Lost Tomb.

Weeks is an archaeologist working in the Valley of the Kings in Egypt.  Reliant on whatever funding he can obtain – often, clearly, meagre – he has done what has never been done, and actually mapped the valley in a professional way.  It is extraordinary, considering a century of digging, that no proper surveys were ever taken.  In the process he relocated the sprawling tomb of the sons of Ramasses II, KV 5, which was lost; and excavated it, finding many galleries and stairways never seen before.  There used to be an excellent website, www.kv5.com, but this now redirects to his main website.  There are still details there, and a zoomable map, of which this is a screen grab.  You go down steps into room 1 (marked by my red arrow), into the main chamber, and doors go back and down steps behind you. 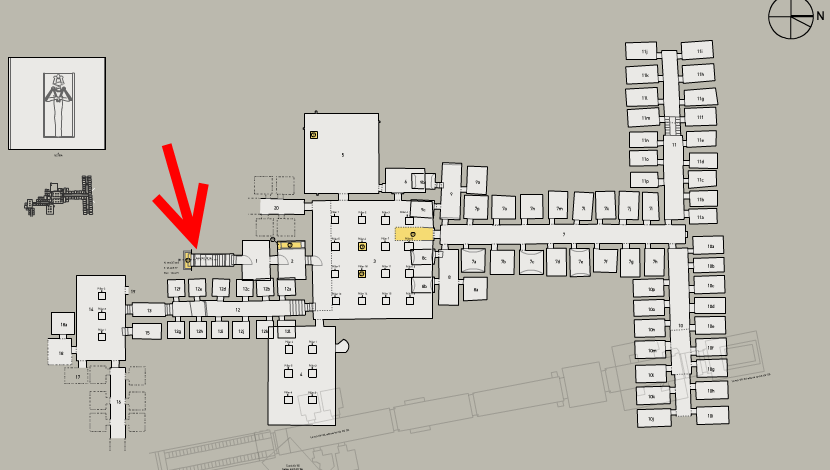 Note the unexplored corridor leaving the main chamber at the SW (top left).  I wonder why it has been left?  The corridor going down stairs at the SE (bottom left) itself has not been fully cleared, it seems.

I can’t say that I have ever read Weeks 1998 volume since I obtained it.  It is a big white hardback, and unfortunately Weeks is not an engaging writer.

I have still been throwing out books that I have not reread, or which I feel I might not read again.  Being ill though leads me to doubt – won’t I want some of these?  It is an odd feeling, to see gaps in my shelves, after all these years.

I’ve also been looking for a new contract, as I work freelance.  There ought to be more than there is, I feel.  No luck yet.  It usually happens suddenly.  All the same, the government here is trying to tax the heck out of my sector, and passing endless new laws.  This, together with the political uncertainty of Brexit and Trump, is causing employers to hesitate.  Your prayers for a contract reasonably close to home that pays well would be appreciated.

I shall now return to my sofa!

6 thoughts on “From my diary”