The front of the temple faced what is now the Quirinal palace.  Next door, on the right, was the Baths of Constantine.  But at the back of the temple were a huge set of steps which descended the hill to the Campus Martius below.  The walls of this stairway are still extant, in the gardens of the Colonna palace, and in those of the Gregorian University which adjoins it.  A huge chunk of the rear of the temple was still visible in 1570, towering over the city; and a massive fragment of its entablature is still to be seen in the Colonna gardens.

A correspondent has kindly drawn my attention to some useful plans and images online for this mysterious edifice.  They are rather super!

Let’s start with a map of the area, showing the “Templum Solis” sticking into what is now the piazza outside the Quirinale, and the “scala” or stairs.

Click on the image to get the full size.  I got this from here.

The temple was square, with wings sticking out either side, and a colonnade.  (We know this from a plan drawn by Palladio, which I must also upload sometime.)

Next, a poor resolution reconstruction, from here. 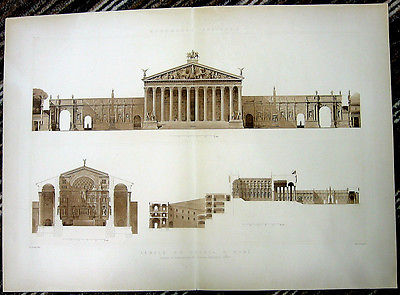 Another reconstruction now, of a rear view of the monument, from here.  The mini-temple in the middle of the stairs is, apparently, the artist’s imagination.  The excellent drawing seems to be from the new, monster, monstrously expensive Atlas of Ancient Rome by Carandini. 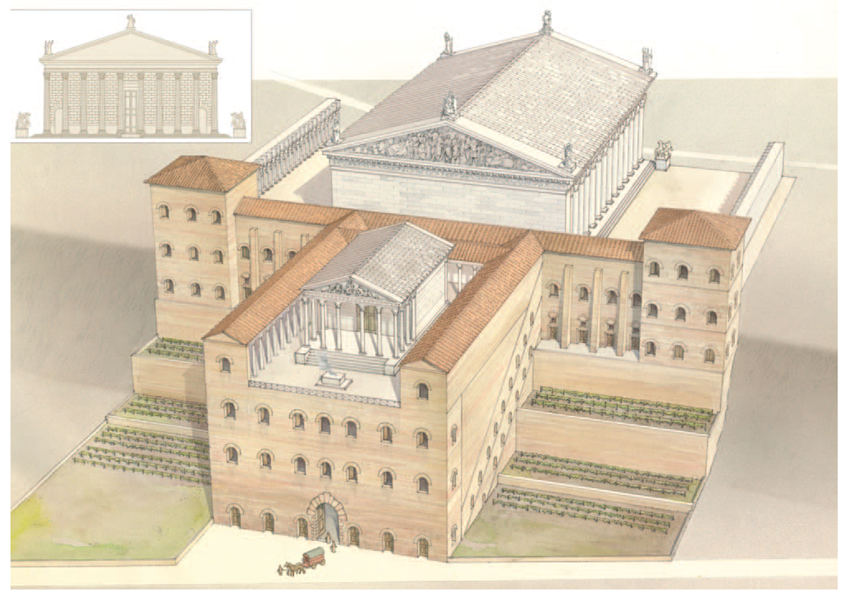 But aside from the imaginary templet, this is a very sound reconstruction.  That said, the inset shows ten columns at the front, while the plan by Palladio definitely shows twelve columns.

Finally another reconstruction from an interesting page on the temple here (image here): 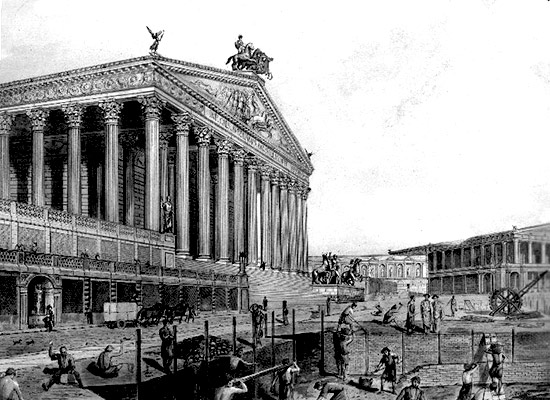 And another from the same site, showing the rear wall: 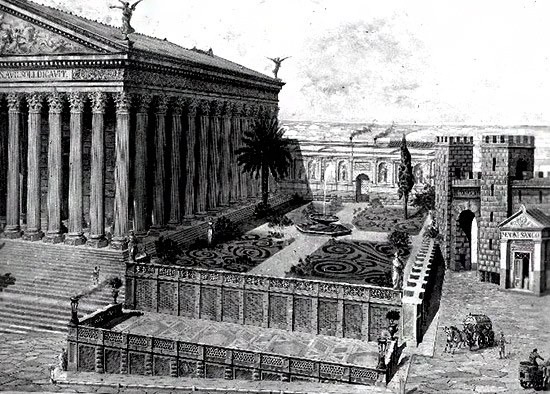 These are all very useful images.  Let me give also one that I have published before: 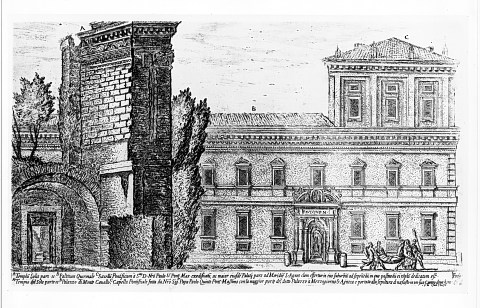 This shows the rear corner of the temple, still standing, facing the newly erected Quirinal palace, but looking along the back of the temple down some arcades.  I have never known where this comes from, tho, and the writing is too small to read.