Relaxing in the bath after completing my last post, I had a sudden realisation.  I think that I know how the stair-complex worked at the back of the Temple of the Sun (or Temple of Serapis, as some think), on the Quirinal Hill in Rome.

The key to this is to think of the Spanish steps.  The height is about the same.  There’s no need for some complicated building.  All you have to do is to have the flights of steps on the hillside, going to and fro.

I’m no artist, but I hope this scribble will convey the idea:

The steps start in the street at the foot of the hill.  Then they zigzag up the hillside, in pairs.  At the top, they go through the wall that ran behind the temple and encircled it.  On either side, the stairs are protected by two enormous walls, with arched openings in them to catch the breezes on a hot day.  There may not have been any roof.

If we look at the following image from the 16th century, we see very much what I have drawn above: 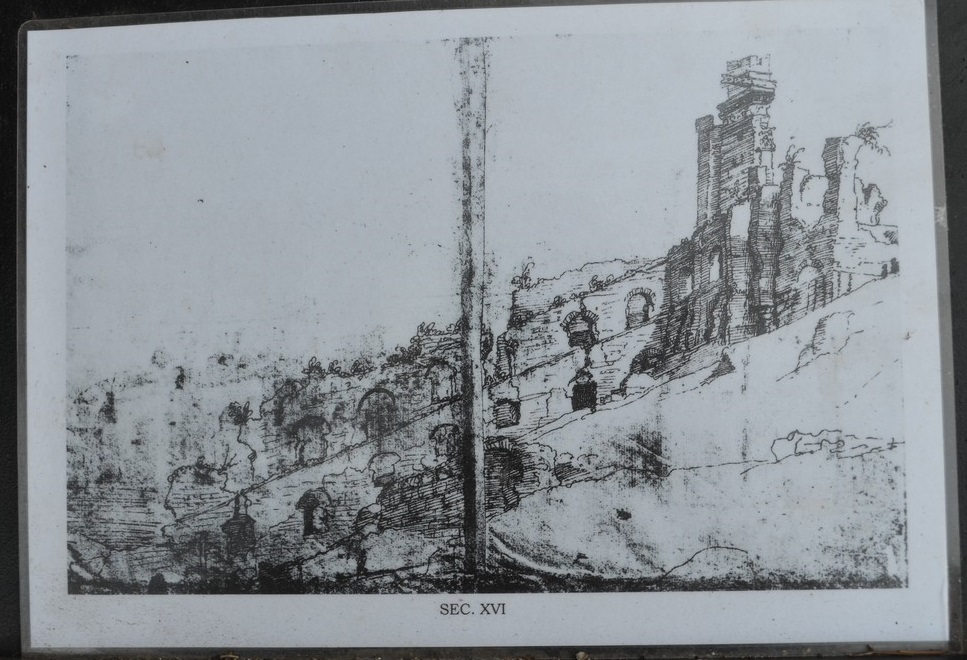 The source of this drawing is not known to me, but I was sent a photograph of it by a correspondent, who I believe saw it in the Colonna gardens.

Note how gentle the hill slope is!  There’s no need for some blocky building, such as this in the recent Atlas of Ancient Rome: 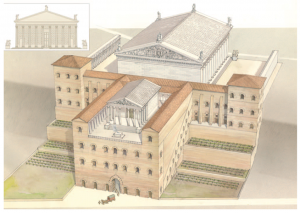 It’s just not that high a hill!  We don’t need all that superstructure.  (The little temple is imaginary).

This is where the artist has probably been misled by Palladio’s diagram: 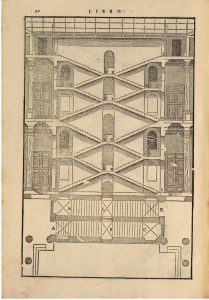 This looks like a chunky building, with stair case above staircase.  But in reality we should think of these stairs as lying flat against the hill.  Because why wouldn’t you do that?

In fact this is what the Spanish Steps do, today: 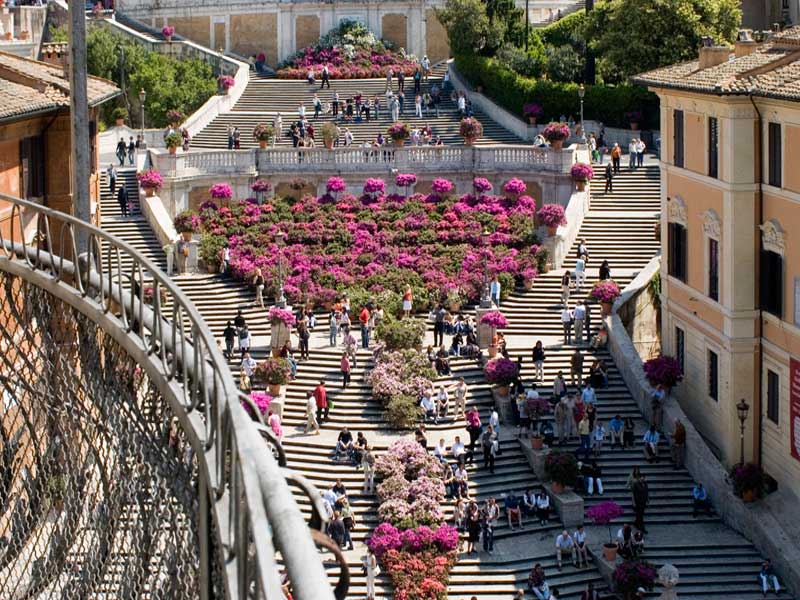 This is, of course, only my suggestion.  But we do need to remember the slope is low, and gentle, and the walls alongside were long.  The squareish block-shape is contradicted by Palladio’s plan, and by common-sense. 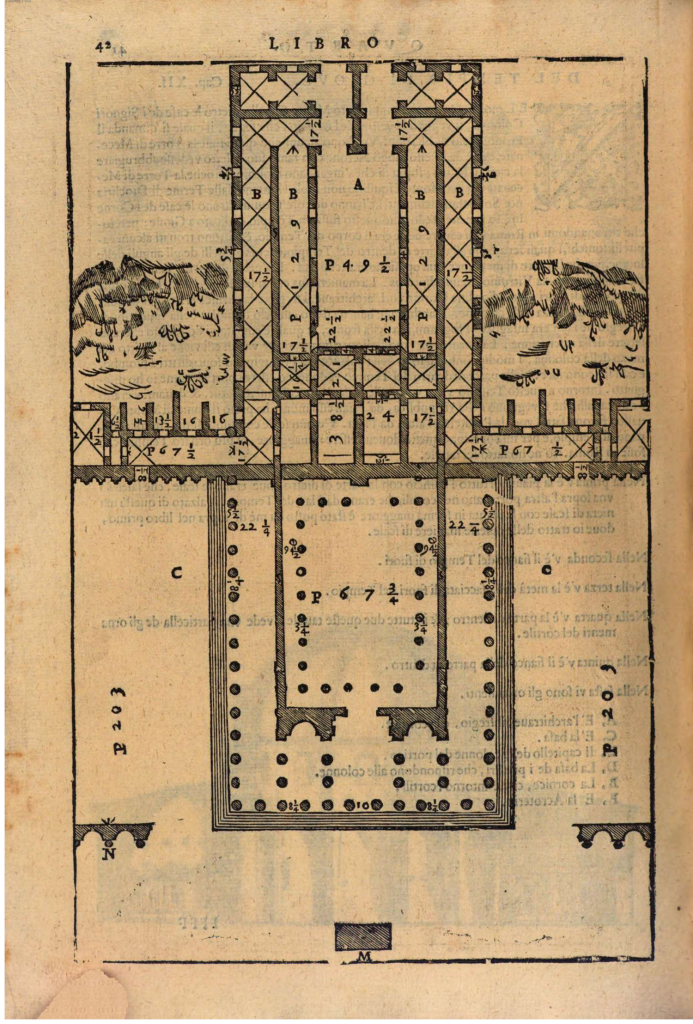 This seems baffling, especially when compared to Palladio’s diagram of the stairs.  But it does confirm the length of the stair building.

It’s a thought, anyway.  Probably an ignorant one, but certainly worth considering.

UPDATE: While searching for 16th century drawings, I found a new plan of the staircase by Sallustio Peruzzi.  This supports Palladio’s plan, and contradicts the picture of zigzag staircases utterly.  It is here.  I draw together the real picture here.