I mentioned several times a fascinating drawing, of unknown origin, that I found on the web in very low resolution.  It depicts the remains of the vast temple on the Quirinal, as it was before 1630, together with the newly built Quirinal palace – today the residence of the Italian president.  But I was never able to find out where it came from, or read the lettering on the image.

Today, finally, I have managed to find a higher-resolution image.  This is to be found at Stanford University, among the papers of … none other than Rudolfo Lanciani!  The link is here.  Sadly they prohibit downloading, but I was able to get a better image than we have had before.  Click on it to expand. 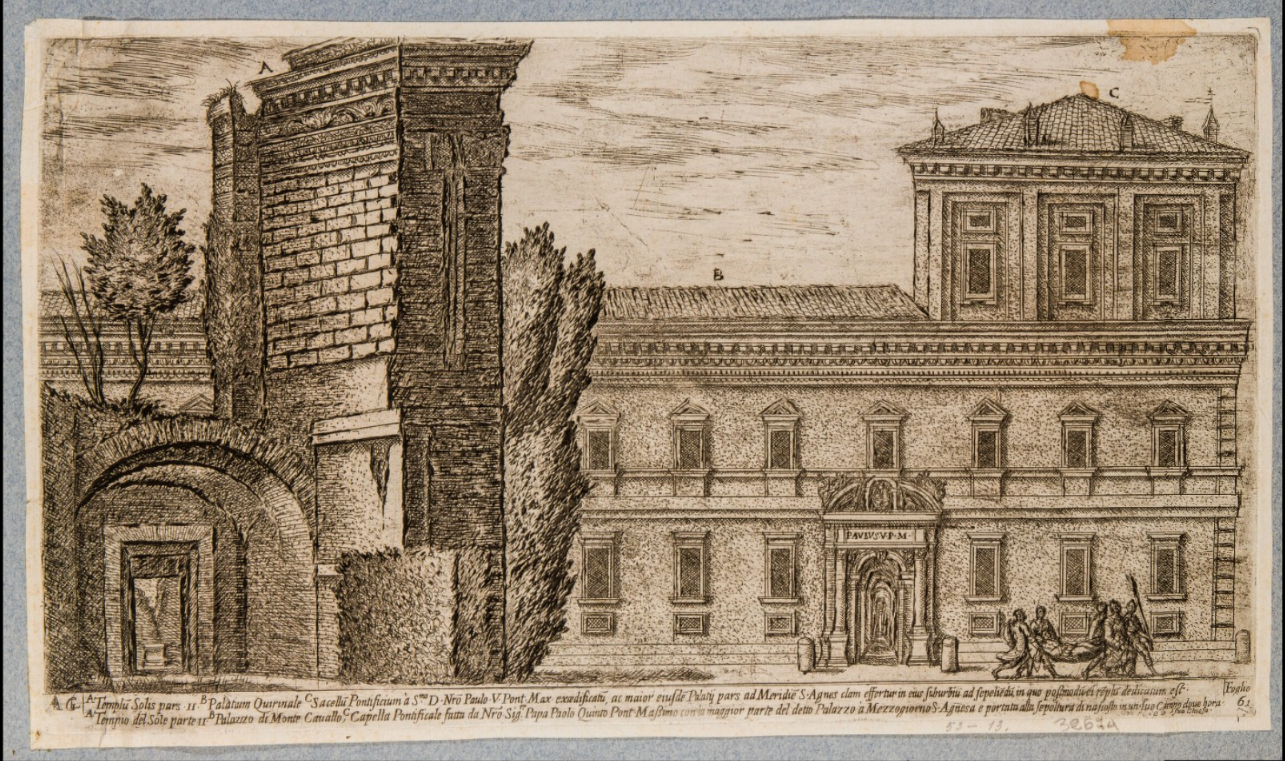 The lettering also becomes visible.  It is in two lines, the first in Latin, the second in Italian.  At extreme left is what looks like a monogram: AG.  As we have seen, this is Aloisio Giovannoli, and the date is actually 1616, and the title is “Il Quirinale con frontespizio di Nerone, Aloisio Giovannoli“.  Then we read:

The book itself can be found online at Arache, at the University of Köln, at http://arachne.uni-koeln.de/books/Giovannoli1616.   And it can be downloaded at very high res (575 mb!), if you can work through the confusing menus (the trick is to click on the top link in the pop-up box and ignore all the stuff below).  Oddly the PDF is in reverse order.  But on p.94 of the PDF, large as life is … our plate.

Even better, plate 60 is another engraving of the temple.  I was unable to work out how to extract it from the PDF, but here’s a screen grab.  Looking from the west, as Giovanolli tells us. 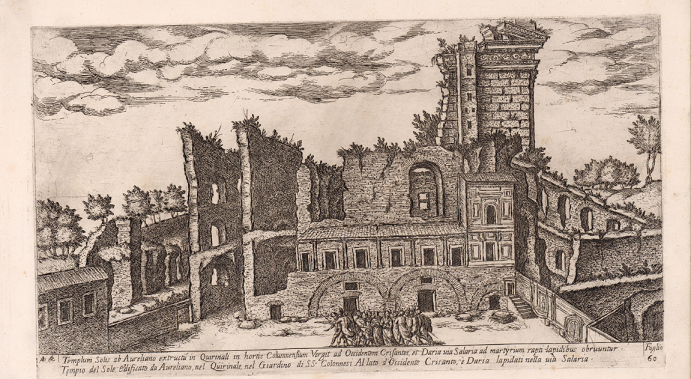 I wonder if I should email Stanford with this additional data?