This week I have been away for a few days, staying in the Hilton hotel in the lovely English city of York.  The hotel was very central, so I could walk everywhere and did.  Every street was unique, and all had some tea-shops, so walking was hardly arduous.  It seems like I have been away forever, which is always a good sign.

Inevitably I did the usual tourist thing.  York Minster charges £11 per head for admission, a procedure which seemed slightly shocking. 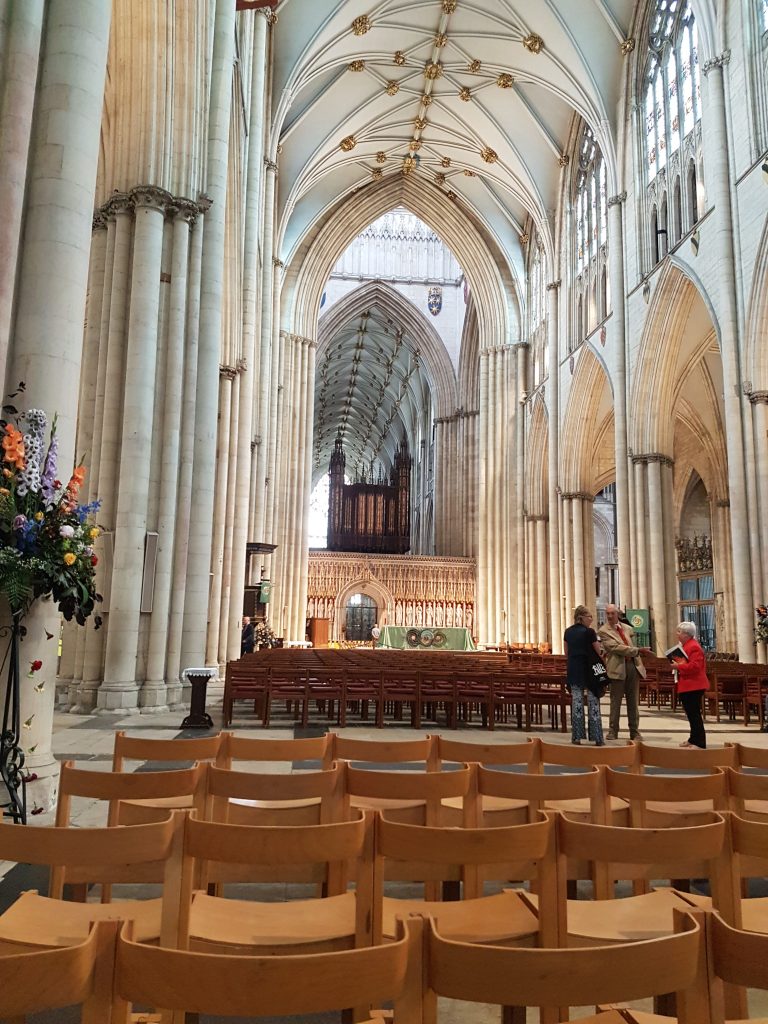 I did attend Evensong as well, for which no charge was made.  The choir singing was perfect, of course, and it was nice to hear excellent cathedral music.  The psalms were sung, which I have not heard for years.

I read through the psalms recently, but I had forgotten that the translations of the psalms in the Book of Common Prayer are not those of the Authorised Version.  I was therefore taken with the two passages in psalm 59 where the wicked are said to “grin like a dog”!  Sadly “grin” is merely the archaic version of “groan”, i.e. “howl”, as in the AV and subsequent versions.

I also visited the Yorkshire Museum.  A length of Roman wall and tower stand in the grounds, but my interest was mainly in the Roman materials inside.  The collection was very well lit and this item caught my eye: 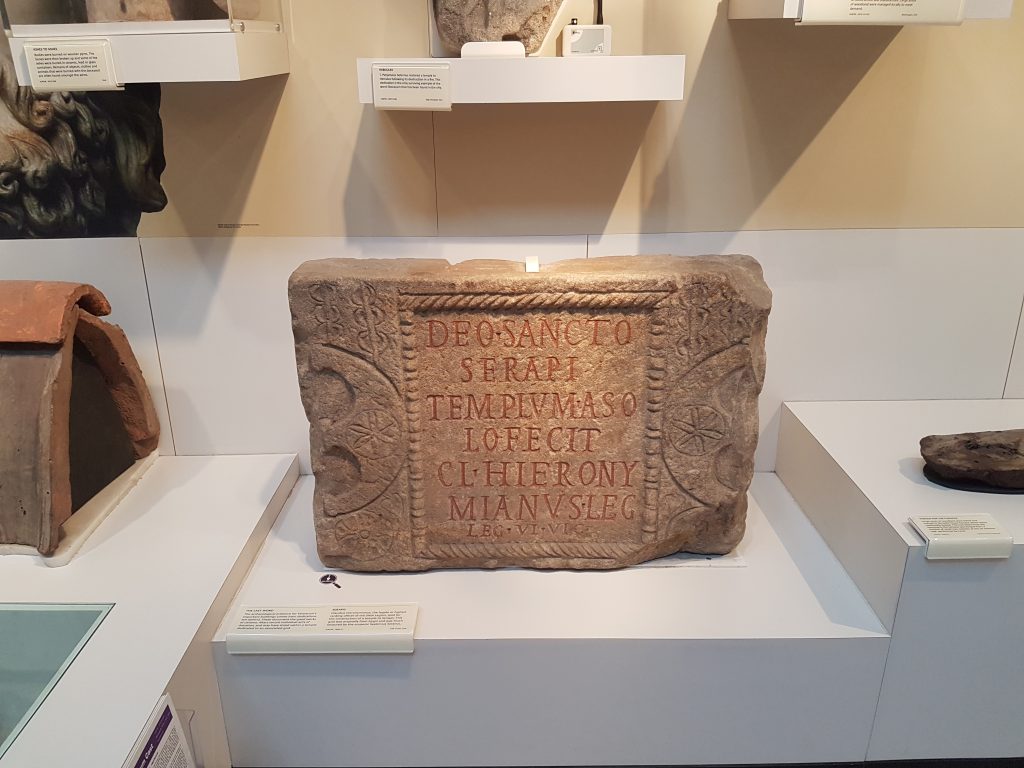 I always photo the museum label:

Claudius Hieronymianus, the legate of the Sixth Legion, paid for the construction of a temple to Serapis.

But of course my main interest was in two Mithraic monuments.  Both were much smaller than I had realised; a tauroctony, and a statue with the name of Arimanius on it.  This petite visitor helps us to realise the small scale of the items: 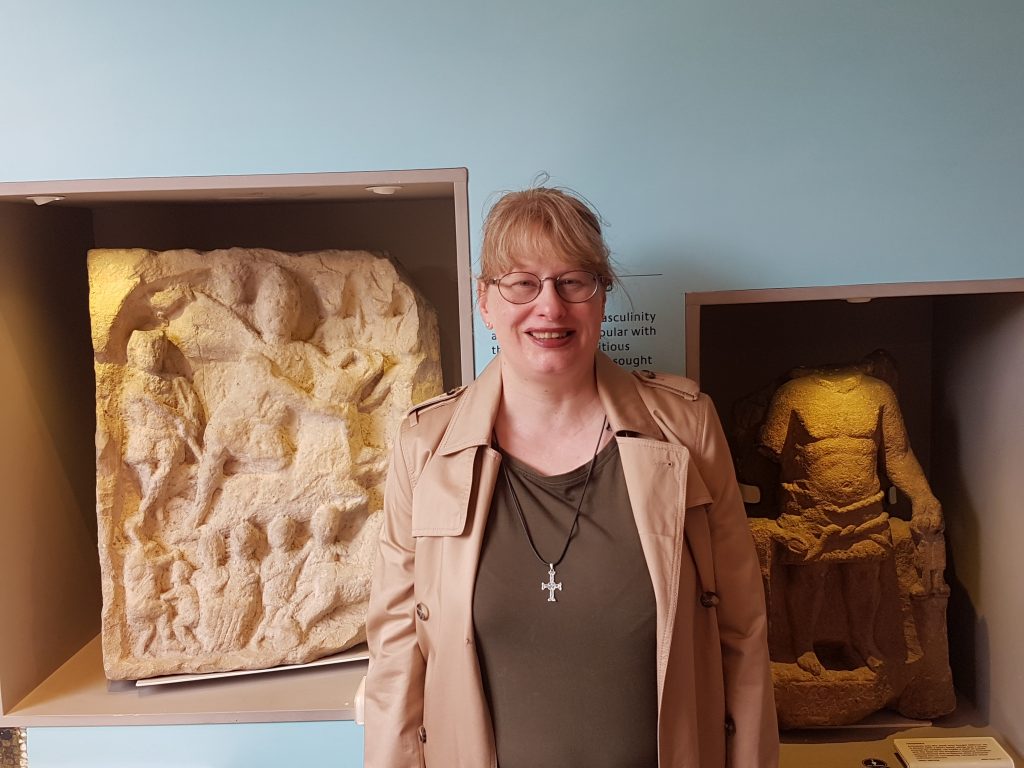 I also visited the magnificent medieval gate at Michelgate Bar: 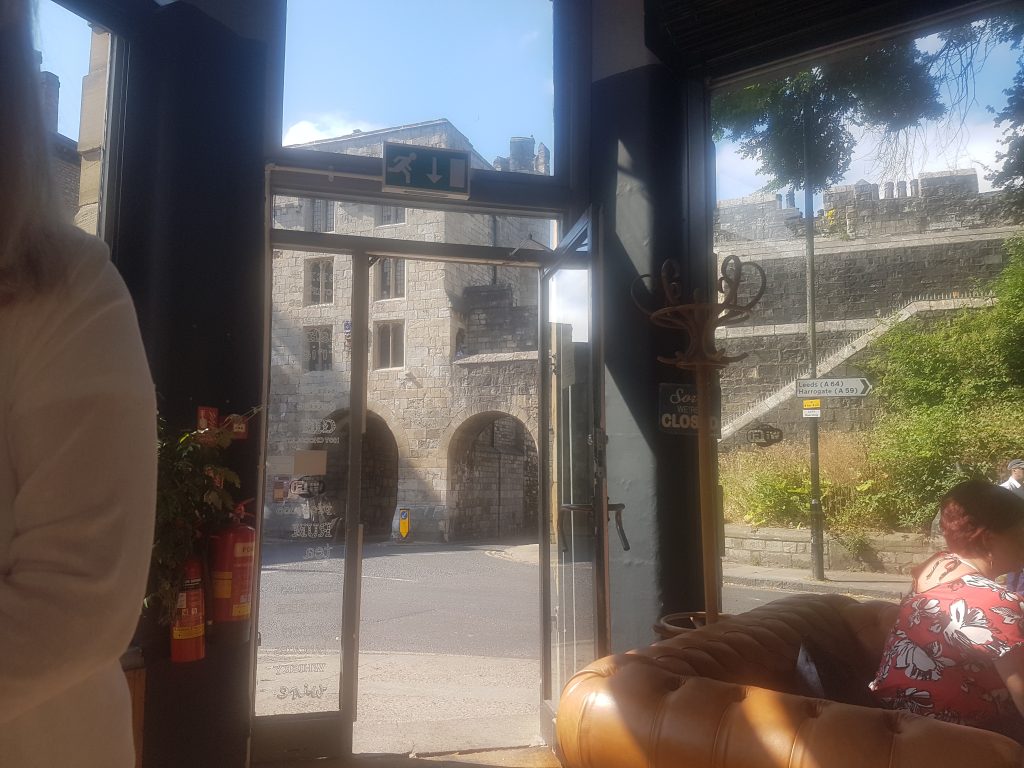 Sadly I was unable to ascend the two flights of steps and get onto the wall, so I took refuge in this bar adjacent to it.

It was a good break.  I have now responded to all the week’s emails.  For the last few weeks I have been collecting a supply of ideas for blog posts.  I shall have to start digging into them!