I saw today a truly remarkable statement which I thought that I would share with you.

From the sixth century BC through the fourth century AD, sculpture had been created and destroyed, stolen and repositioned, but always prominently displayed and used in the context of Corinthian religion, economic activity, and urban life. Yet from about the fifth century, creation of new work dropped off rapidly, preceded by a decline in technical ability and availability of raw materials, and closely followed by the defacement and then destruction of most of what existed in public and private contexts. Between the fifth and tenth centuries, the only new sculpture created at Corinth was in the form of architectural members or Christian reliefs for church decoration, while ancient sculpture of “pagan” or “secular” significance alike was steadily marked with crosses, defaced, cut up, reused, or melted down. This new attitude to sculpture was a fundamental change of Late Antiquity, as individually and collectively people both ceased to create new sculpture, and undertook the actual physical destruction of most of what existed.

This late antique change in attitude to sculpture happened all across the Roman Empire, and led both individuals and groups to behave toward the sculpted environment in new and hostile ways.[1]

This astonished me.  Suddenly statues were hardly erected, except perhaps for a few official ones.  Even these might well have a Chi-Rho on the top of the head, out of sight but “making the statue safe”.

The destruction of statues by smashing the nose (or more) is well-known to us.  Indeed it continued into early modern times, much to the mortification of excavators in 1901 where a workman, uncovering a small head of Aphrodite, promptly “battered the head”!  This apparently happened “frequently” in early modern Greece.[2]

There is also the practice of “cross marking”.  Greek crosses, with even sized members, tend to indicate post-Late Antiquity damage.   But this is relatively rare, compared to the quantity of sculpture that survives.

I found a number of examples at an anti-Christian hate site here.  Brown’s paper references a number of the items, which reinforces the point about rarity.

First a head of Aphrodite from the Agora at Athens, with crosses on forehead and chin. 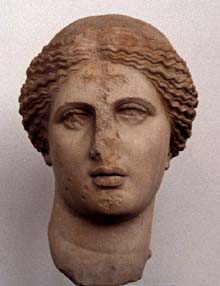 Next, a statue of Germanicus: 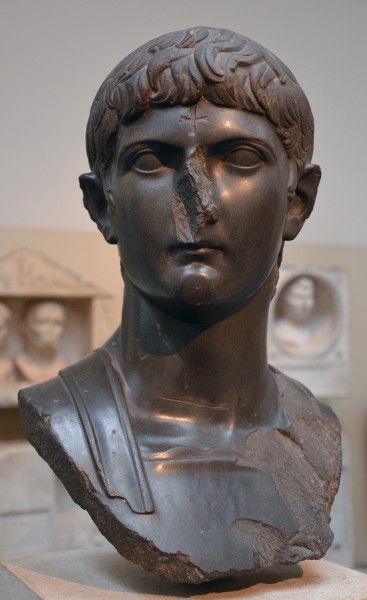 A statue of Livia: 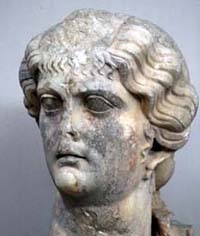 A statue of Augustus, from Ephesus, in the Ephesus Museum: 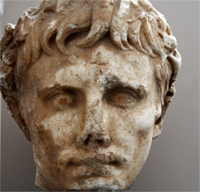 Also from Ephesus but unidentified: 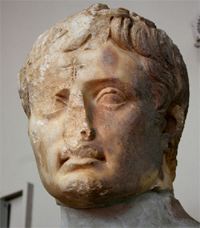 A final one from “Turkey”: 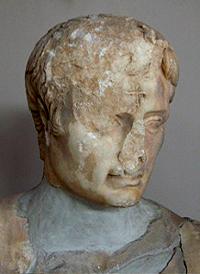 All of these, note, are of people, not of deities.

Why smash the nose?  I believe the answer to this may be found in hagiographical literature, where statues may be possessed by demons, or else talismans for magical purposes.  There is a chain of references to follow, in order to get to the primary sources, but this is for another day.

But I incidentally came across a Jewish source, the Mishna, discussing how to nullify an idol:

“How does one nullify it?”

No doubt this thinking was pretty general.

The chains of references are a bit long in the above volumes.  We could use some better presentation of the evidence on this.

13 thoughts on “Broken noses, crosses on the forehead – the fate of statues at the end of antiquity”