I’ve written a couple of posts about the remains of the Roman fort of the Saxon Shore, lying under the water offshore at Felixstowe.  I’ve been trying to get hold of a survey report from 1969, done by members of the British Sub-Aqua club.  This seems to be the last work done on the fort.  The survey is known as the “Errington manuscript”, and is proving elusive indeed.  It was lodged with Ipswich Museum, who have not been able to locate it following a move.  No doubt it will turn up in time.  But I learned from the local branch of the BSA that “Errington” was still alive, and the proprietor of a local diving business.  So I emailed him a few days ago.

This afternoon, to my enormous surprise, my mobile rang and a voice introduced himself as Jeff Errington!  He had received my email, and modestly apologised for being away on business in Scotland and that he had only got back last night.  He was pleased to learn that his work had made it “into the history books”, as of course it has.

Sadly he himself does not have a copy of the detailed survey report that he did for Elizabeth Owls, the County archaeologist.  But he did have cuttings from the newspaper from the time, showing the layout of the fort, and I have been told to pop along to his business and get copies.  I hope that it will be possible to meet Mr Errington personally, although he is in fact a very busy man even in retirement.

I asked him about how he had come to dive on the ruins, and he told me a little about it.

In 1969, Mr. Errington was in the navy.  After an accident overseas, he had come back to the UK to recover.  The navy had posted him for six weeks to HMS Ganges, the now-defunct naval base on the Shotley peninsula.  He was already a member of the British sub-aqua club, and eager to learn about ancient remains of any sort in the area in which he happened to be.  On learning that there was a Roman fort off the shore at Felixstowe, he organised the local sub-aqua club to conduct the survey.  He wasn’t able to get the navy to do the job (“of course”), but was able to get them to contribute some items of support or equipment.

The ruins of the Roman fort, he told me, are not parallel to the modern-day shoreline, because the coast has changed.  But they are directly off the lowest point of “the Dip”.  About 30 yards offshore there are black, weed-covered rocks which break the surface at a sufficiently low tide.

The highest section of the ruins is about 8 feet tall.  The divers could stand up next to it, on the sea bed, and it was taller than they were.  They found a section of wall, a corner, and a further section.  They then found a gap in the wall, and then more wall.  He told me that he had looked at the Norfolk Saxon Shore fort at Caistor, and the gap was about the width of the gateway there.  So he presumed that this was the opening for the gate, facing inland.

The ruins are in very shallow water, which presented problems for the divers, who ended up “bobbing about”.  A chunk of wall/brick was retrieved and handed to Elizabeth Owls, who sent it off for analysis.

This is fascinating, and I will  go and look at the clippings, which include a map.

I think that I have seen the “rocks” myself, however.  Last week I made a visit to “the Dip” at low water, and a group of rocks were clearly visible.  Here are my photographs: 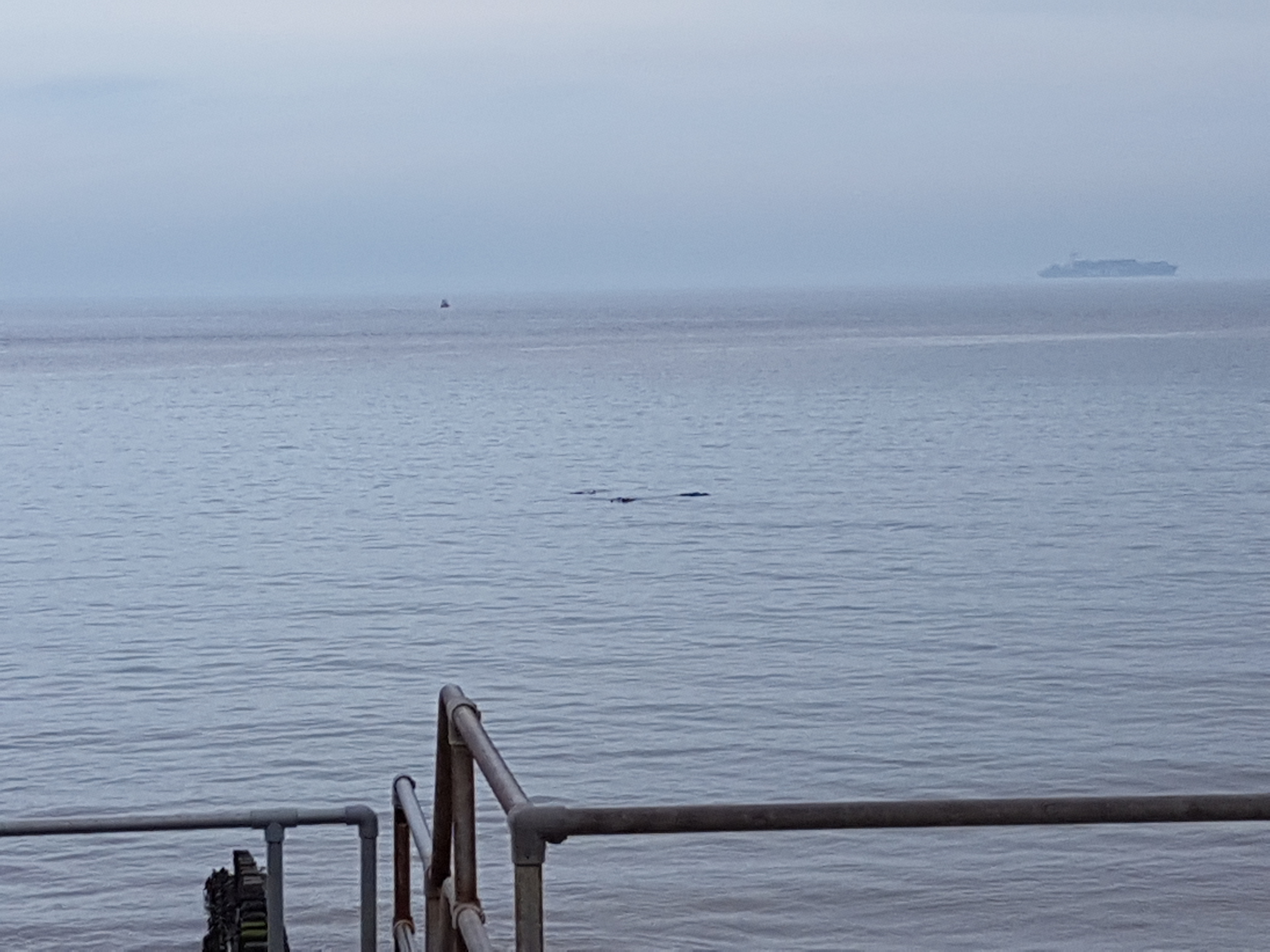 Sadly the camera on my phone is not of sufficient resolution to show much.  But … it sounds from what Jeff said as if this is indeed it!

2 thoughts on “More on the “Errington manuscript””