Here are a couple of things that I noticed recently, and might be useful to others.

Following an enquiry, I find that there is a translation of Theophylact on Matthew online here.  This is certainly better than the $70 needed to obtain the 1992 translation of the same work, at Amazon.com here.

Next, the physical remains of ancient Rome are always interesting.  Piranesi printed a drawing of the rear of the Pantheon, with what he claims are the remains of the Baths of Agrippa, completed before 12 BC and therefore one of the original public baths of thermae: 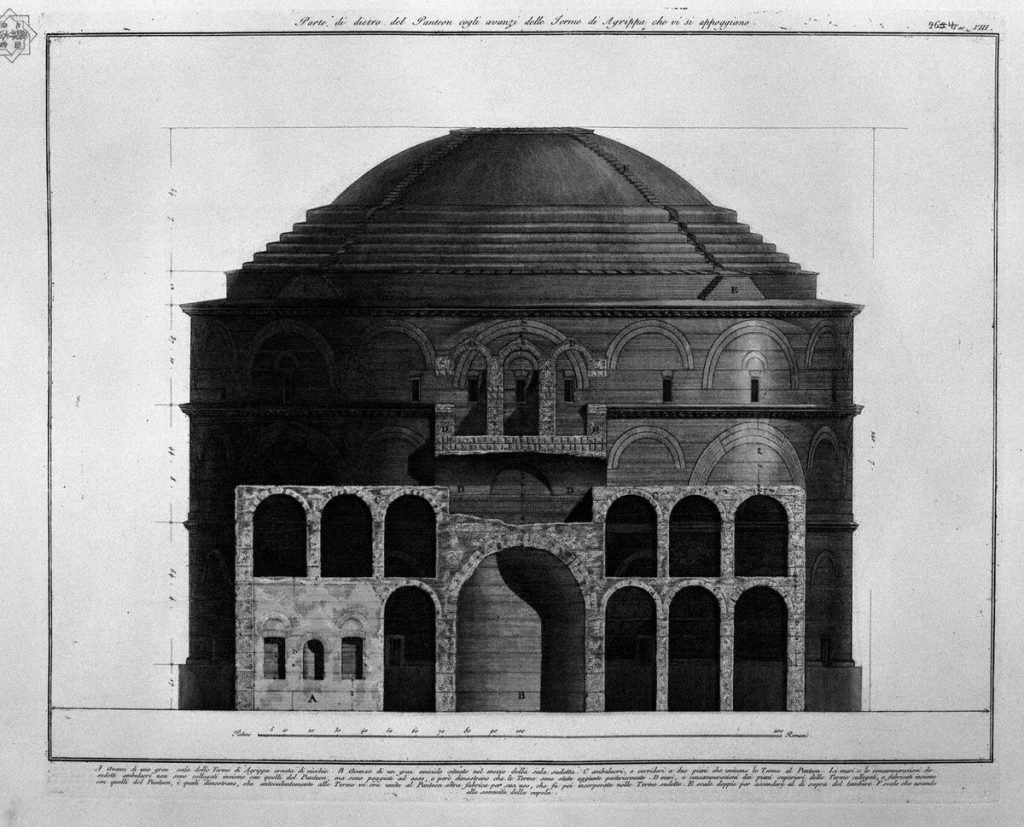 I was able to find online some photos of the same area, here. 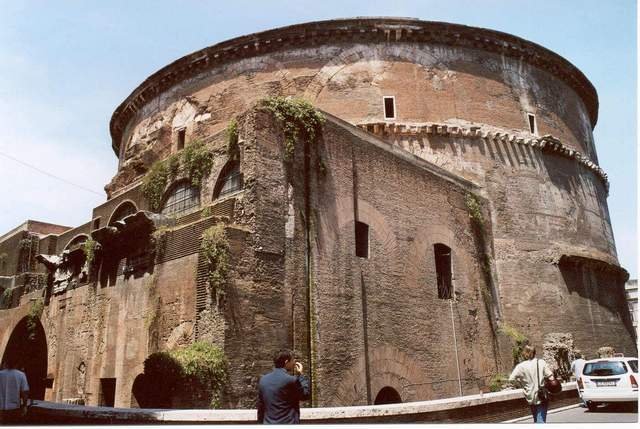 Much of the baths still stood in the 17th century, despite use as a quarry for building materials.  It would be interesting to track down the older sketches that apparently exist.

Finally I saw something about the Ethiopian canon of the bible.  It is a common atheist jeer online is that the Ethiopian canon of the bible is larger than the normal, insinuating – the argument is rarely made explicit – that this proves that the bible does not exist, or is not by God, or something of the kind.  I’ve never worried about the odd additions to the Ethiopian canon, since Ethiopia was not converted to Christianity until the canon was pretty much set, and the isolation of that community, the little that we know about it, and its unusual circumstances could result in any amount of oddity.  One Ethiopian emperor used to eat pages of the bible when he was feeling ill, for instance.  This is not a very educated world.

But I spent a little time looking into this.  The Wikipedia article contains very poor sources.  The only one of any value seemed to  be by G.-A. Mikre-Sellassie,[1]  This says on p.119:

This is not encouraging.  In fact the article did not give any kind of history of how the canon came to be – a common problem.  In general one gained the idea that in Ethiopian history the church was rather more important than the scriptures were, and the apocrypha might have a near-canonical status, or not, as times demanded.  Perhaps our own view on canon is shaped by the Reformers here, and is more precise than might have been the case either than in antiquity or the middle ages?  If so, the Ethiopians are merely continuing a late-antique vagueness, albeit shaped by their own unusual world.

One of the key sources is apparently E. Ullendorf, Ethiopia and the Bible: the Schweich Lectures 1967, OUP (1968).  This I could not access, but a Google Books preview gave me p.31 f., which gives an account about the translation of the Old and New Testaments into Ge`ez: 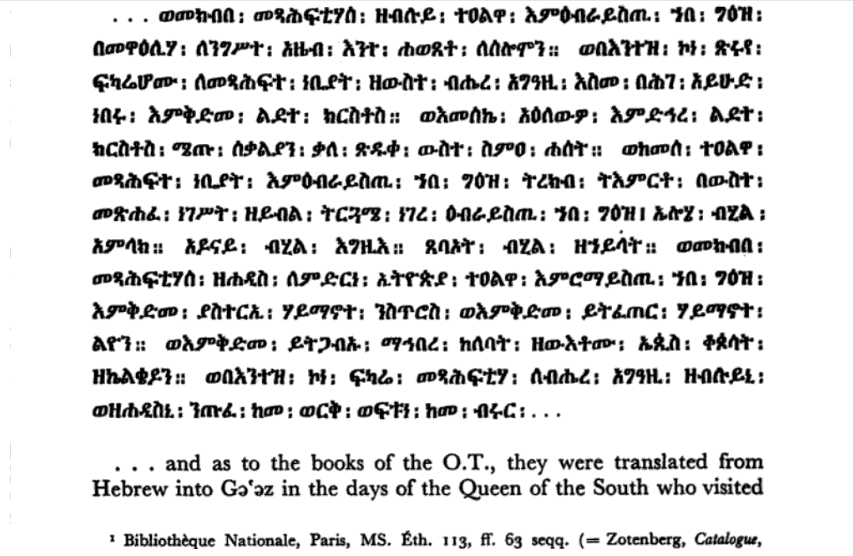 I don’t think that we need to rely on this very much.  Ullendorf also discusses the equally traditional idea that the bible in Ethiopian was translated by Arabic; and it seems to be a fact that many Ethiopian versions of ancient texts derive from an Arabic translation.  However I quickly drowned in the number of books and articles that I would have to read to know more!

That’s it for now.  More next time!

2 thoughts on “A miscellany of things”