Here is a nice drawing from the 18th century of the Meta Sudans, the Roman fountain that used to stand outside the Colosseum until Mussolini decided to demolish it.  This one is from the Biblioteca Digital Hispánica, the Spanish National Library.

Two things make this drawing interesting.  First, it’s close enough that we can see some detail of the Meta Sudans, including that gaping hole at the top.  Secondly, it shows the full height of the monument as it was in 1800, unlike the 19th century photographs.  The upper half was removed at some point before any of those could be taken. 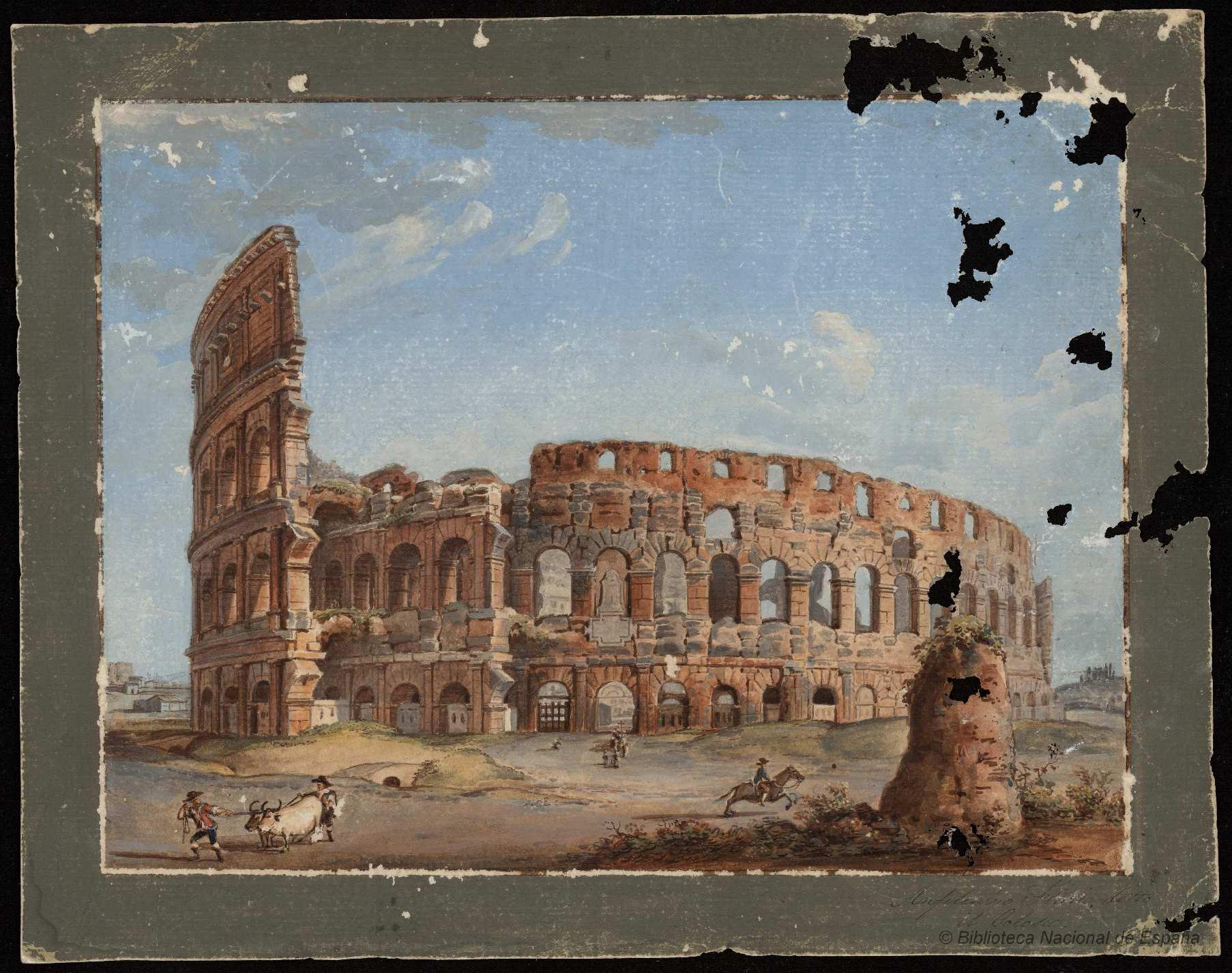