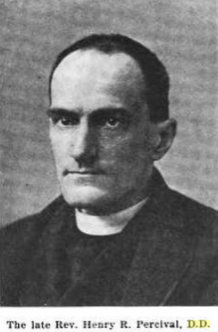 Continuing our little series on the councils of the African church, I’ve been looking at the existing translations into English.  I shall write a separate post on this.

Any search for translations immediately brings up the volume edited by Henry R. Percival in the Nicene and Post-Nicene Fathers series, Second Series, volume 14. While reading his preface, here, (1899) I came across the following words:

The work intrusted to me of preparing this volume evidently can be divided into two separate parts.  The first, the collecting of the material needed and the setting of it before the reader in the English tongue; the other, the preparation of suitable introductions and notes to the matter thus provided.

Now in each of these departments two courses were open to the editor:  the one, to be original; the other, to be a copyist.  I need hardly say that of these the former offered many temptations.

But I could not fail to recognize the fact that such a course would greatly take from the real value of the work, and therefore without any hesitation I have adopted the other alternative, and have endeavoured, so far as was at all possible, to keep myself out of the question altogether; and as a general rule even the translation of the text (as distinguished from the notes) is not mine but that of some scholar of well-established reputation.

These selfless words filled my heart with a warm feeling towards the translator, and a desire to know more of him.

Various of his works are online here.

Mr Percival was an Episcopalian clergyman.   From the funeral sermon, I learn that he never enjoyed good health, but travelled widely in Europe in his youth.  He was in fact unable even to attend seminary regularly, but had private tuition, and was ordained in 1878.  I would infer that he did not come from a poor family.

In 1881 he became Rector of the failing Church of the Evangelists in Philadelphia.  The church had been built some years earlier as a mission chapel, but the standard of construction was poor, and the need for constant repairs soon exhausted the funds of the backers.  Disputes naturally arose, which led to the resignation of the rector and the appointment of Mr. Percival.  It was decided to demolish most of the old building and to erect a  new one, in an Italianate style, funded by the rector and his wealthy friends.  It opened on March 24th, 1886.  The church enjoyed a period of success while he was rector, and all the debts were paid off by 1889.  He composed a guide to the building which is online here.

But the church had no root in the community.  There were few episcopalians locally, and the area was becoming increasingly full of immigrants from Europe.  It has been observed:

Percival’s Church of the Evangelists was the kind of manufactured artifact appropriate to house what James van Trump calls “a rather self-conscious coterie of late nineteenth century Philadelphia haute bourgeoisie ‘engaged’, one might say, in being ‘Catholic’, cultivated, and artistic.” (van Trump, The Charette, Jan. 1965, p. 17; see bibliography.) The building in its basic style and decoration embraces Italy, Ruskin, the ecclesiological movement, and the pageantry of mediaeval Christianity. As such, it is a vivid document of the taste of High Church romantic Italophile Americans of the Period.

Ultimately the whole project was merely the whimsy of a rich man.   How wonderful, however, to have the money and connections to build an Italianate basilica, and to sustain it, if only for a while!

Percival eventually retired as rector in 1897, for health reasons.  After his death financial worries and disputes returned.  The building was eventually sold in 1916 to an art collector, and as the Fleischer Art Memorial it still stands today.[2]

Mr Percival was as Anglo-Catholic as could be imagined.  He said the mass daily at his church, and heard confessions.  His bishop refused to allow him to use catholic lights and vestments, so the result seemed rather odd.  But there can be no doubt about his sincerity.  He became an influential theologian in the Episcopalian church.

In retirement he edited and translated the volume of the NPNF, and did other literary tasks.  It is his work with the NPNF that lives today, I would think.

PHILADELPHIA. Sept. 23.— Rev. Henry R. Percival, a prominent Protestant Episcopal divine, died’ last night at his country home in Devon, a suburb. He was 48 years of age. Dr. Percival was an extensive writer on theology, many of his books being used as standard works in nearly all of the Episcopal theological seminaries of this country.

It is always easy to sneer at the failures of yesteryear, and even the successes.  But it seems to me that Mr Percival deserves our kindness.  With his poor health as a burden, he did what he could.  I have a feeling that many of us may prove to have done less with our lives, and benefitted others less. 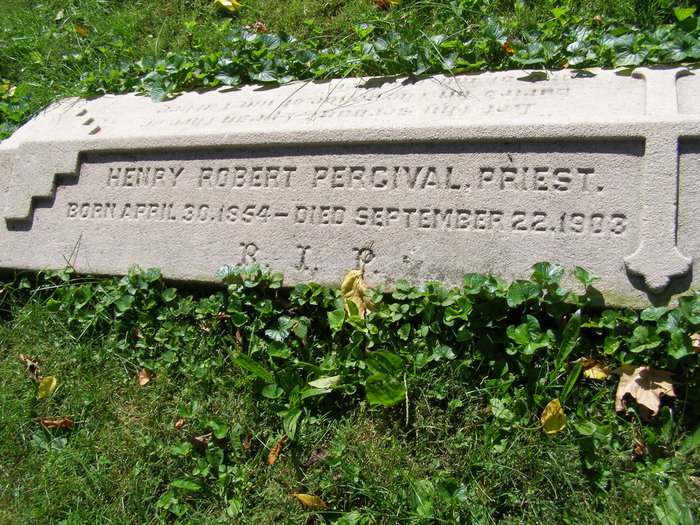 2 thoughts on “A few notes on Henry R. Percival, translator of “The Seven Ecumenical Councils” in the NPNF Series 2”