Via the amazing Roma Ieri Oggi site, I learn of this interesting aerial photo of the Colosseum and, much more interestingly, the meta sudans and the base of the Colossus, the statue of Nero.  It was made between 1909-25. 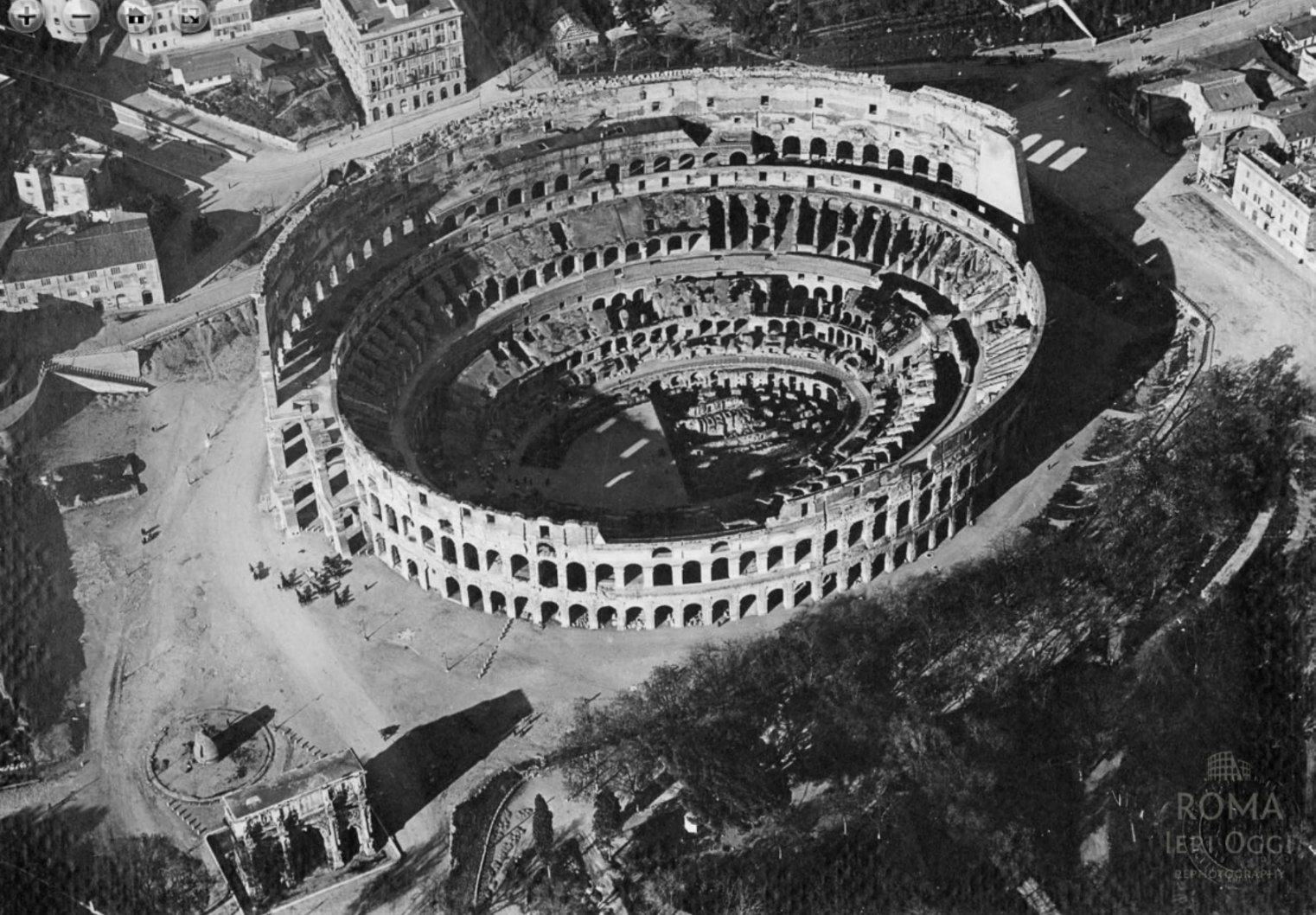 At the bottom left the gate of Constantine.  Above it is the Meta Sudans, the demolished Roman fountain.  And above that is a square pedestal, also ancient, which is the base on which once stood the massive statue of Nero known as the Colossus, from which the Colosseum took its name.  I believe the pedestal was also demolished by Mussolini when he created the Via del Impero at the top left of the picture.