Thessalonica is a city that I have never visited, and have never had much awareness of.  But it is littered with Roman and Byzantine remains.

Until the 1870s, the Byzantine walls of the city were largely intact.  This included massive walls all along the sea-front.  The existence of these forms a sad testimony to the loss of control of the Mediterranean Sea – mare nostrum – by the late Roman imperial government.

Sadly the sea walls were entirely demolished by the Ottomans in the last few decades of the 19th century.  Apparently they obstructed the cooling breezes, and no doubt were a problem for trade also.  The result has been stated by Michael Vickers, “The Byzantine Sea Walls of Thessaloniki”, Balkan Studies 11 (1970) 261-274 (online here):

The plans of the Byzantine harbour and sea walls at Thessaloniki that have been produced in the past are in several respects unclear and it is my purpose in this paper to attempt, in the light of new evidence not hitherto employed in this connection, to make a more accurate reconstruction of their original layout.

The reason for the lack of clarity is that there has been so little information upon which to proceed. The walls along the shore were removed before detailed plans were made. Demolition of the wall along the shore began in 1873; we hear of part of the harbour wall being taken down in 1874, and before long there was very little of the walls in the lower city to be seen apart from a stretch of mid-fifth century wall to the north of the former Тор-Hane Ordnance Barracks.  The general outline of the sea walls at Thessaloniki is fairly clear: they ran from the Venetian White Tower in the east to a point south of the church of St Menas where the harbour wall began. This wall ran northwards to Odos Frangon, the line of which it followed westwards as far as Top-Hane.  So much is agreed upon, but when it comes to topographical details something less than unanimity prevails.

Vickers appends a couple of low-resolution drawings from 1686 and 1780, which reveal little.

But a few years ago – I can find no real details – something amazing appeared.  It was found in the Hungarian National Archive, among the photographs of the Festetics family.  It was nothing else than a photograph of the sea walls!  It was made by Abdullah Freres, some time during the 1860s.  Here it is (via Tumblr here):

I don’t know where this comes from.  The Hungarian National Archives have digitised the Festetics family photographs, but they do not seem to be accessible.  One document at their site, via this page, gives a link here.  The document shows a directory of sepia images, which must be the raw images, and perhaps the photograph above has escaped from there?  I was also unable to find any news reporting.

Some decent soul has enhanced the photo here: 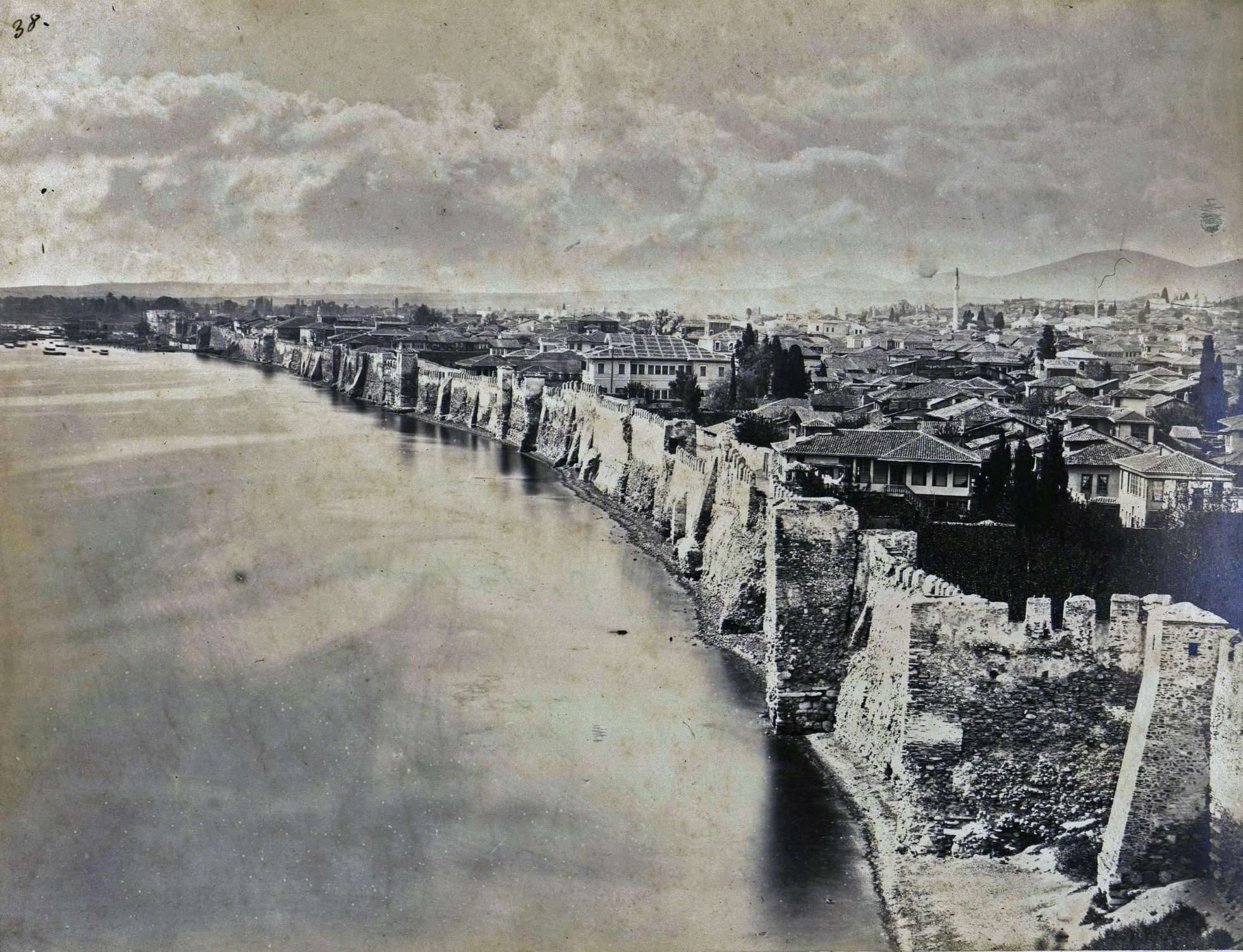 Isn’t that just amazing?  To go from Vickers’ doleful statements in 1970 to this?

3 thoughts on “The Byzantine Sea Walls of Thessalonica”