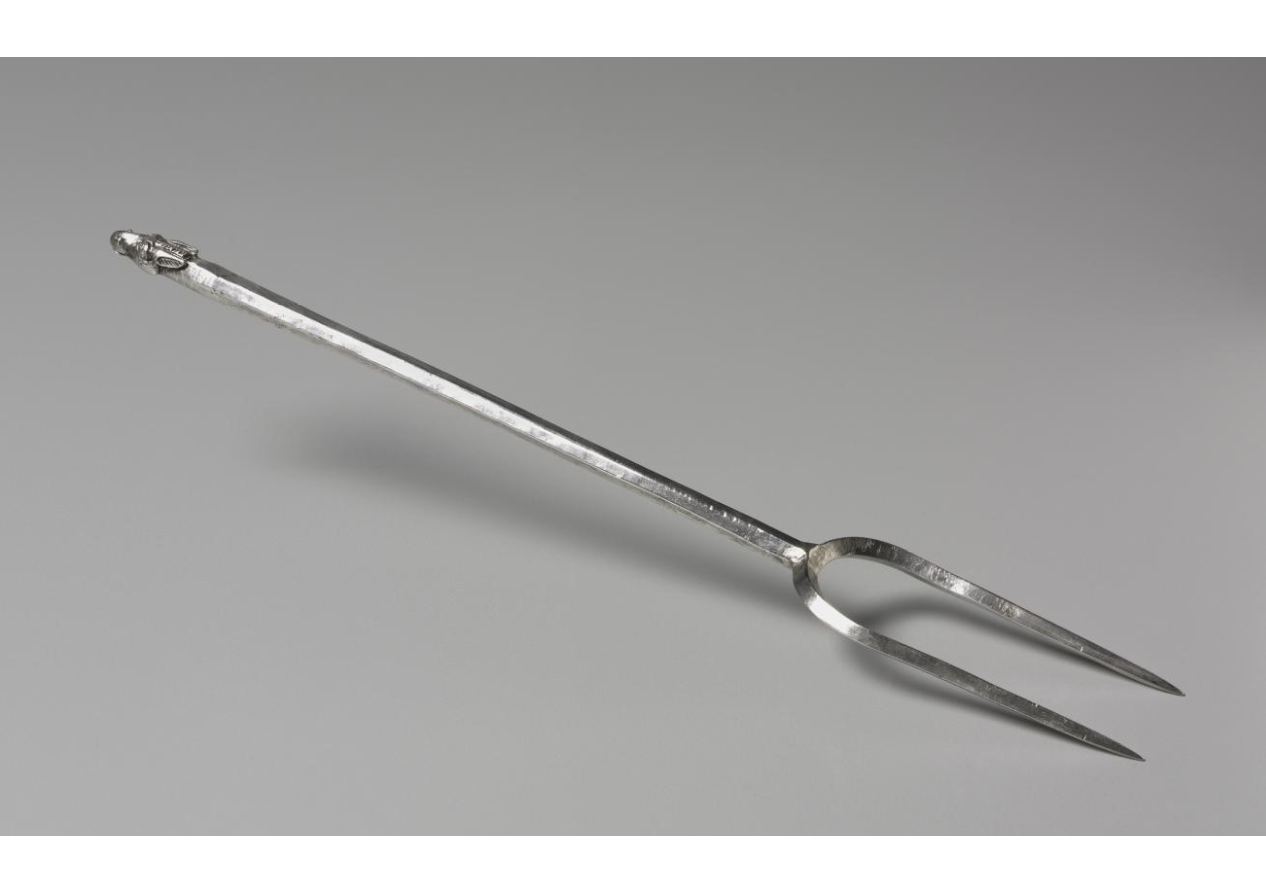 The museum date it to 375-425, but on what this is based they do not say.  I generally find that such dates in Museum catalogues are not reliable.

There is a fascinating article by Maria G. Parani, “Byzantine cutlery: an overview”. Athēnai: Christianikē Archaiologikē Hetaireia, (2010), 139-164, fortunately online here.  This reviews a range of surviving forks, from both the Byzantine and Sassanid Persian realms.  On p.147 she tells us:

Finally, reference should be made to an unpublished two-pronged silver fork said to be from Italy and dating to the late fourth or early fifth century, now in the Cleveland Museum of Art (Department of Greek and Roman art, inv. no. 1987.210) (Fig. 8). It is much larger than most of the examples discussed so far, with a length of 20.4 cm, and has long tines and a smooth handle terminating in an equine head. The animal-head finial brings to mind the fork mentioned in the Auxerre inventory discussed earlier. Furthermore, though much simpler, the Cleveland fork is evocative of certain silver and copper alloy Sasanian forks in terms both of general form and size….

So this is perhaps a “furca”, a serving utensil, rather than a table-fork / furcula.  What a pity that we have no excavation context for it.

We are more fortunate that the finder recognised this as “art”, as something that he could sell to a dealer for more than just its value as raw silver.  I recall reading, too long ago, that some gold items stolen by a workman at Schliemann’s excavations at Troy, were simply melted down by the local gold smith, unaware that they were priceless.  Annoying and destructive as the trade in art can be, this item probably would otherwise have been destroyed.

Lovely to see it!