Ste. Trombetti has continued to search through early books and prints for images of vanished Rome.  Here is another example, from the 1565 work Dell’Antichita di Roma by Bernardo Gamucci.[1]  It depicts the remains of the monumental facade that Septimius Severus built across the end of the Palatine hill facing the Appian Way.  Behind it we can see the Arch of Constantine, behind which stands the Colosseum.  Known as the Septizonium, it was clearly falling down, and was shortly afterwards taken down for its materials. 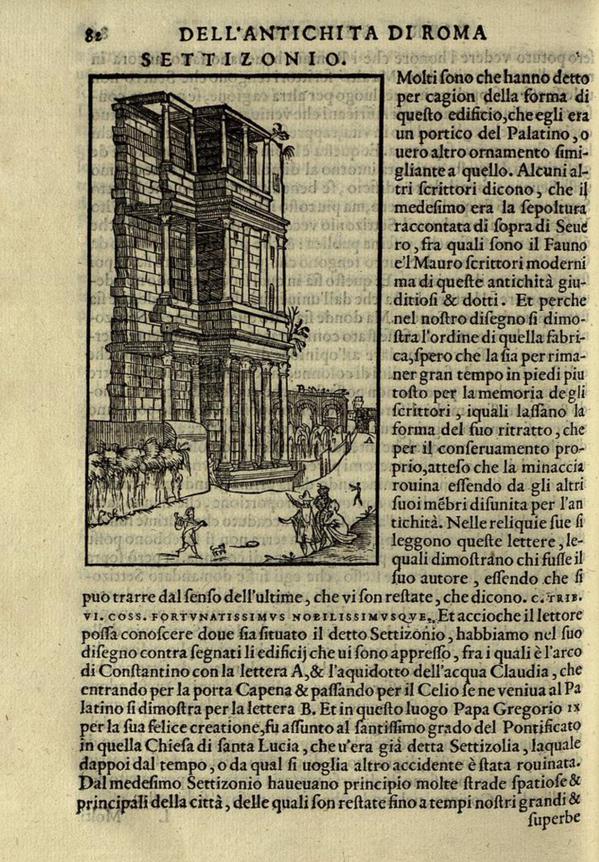 Further on in the same volume, on p.123, we find a depiction of part of the “Temple of the Sun” or “House of Nero” on the Quirinal, which was most probably actually a temple of Serapis: 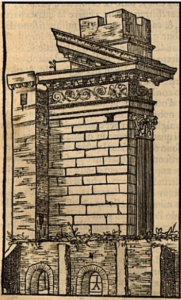 On p.151 is an image of the “Arch of Domitian”, which the text says may be the Arch of Claudius.  This is also a long-demolished item, of which I have never seen any drawings.  Does anybody know?

On page 195 there is a marvellous drawing made of the south side of St Peter’s; mostly Old St Peter’s, but with the new church rising in the distance.  In front of us is the obelisk that now stands in St Peter’s square, but then stood, still, in its original position.  Behind it stands a circular 3rd century tomb, the Vatican Rotunda, long since converted into a chapel of St Andrew.