The passing of the British Empire has deprived the world of the memoirs of colonial officials.  Doubtless some were leaden; but many a character, who might have been lost to obscurity in Britain, bloomed under an Eastern sun.  Last night my eye fell upon A Life in Egypt by Bimbashi McPherson, and I pulled it down from my shelf and began to read it again.

McPherson joined Egyptian service before World War One, and died in 1946.  Egypt at the time was still under Ottoman rule, at least in theory, so he held the rank of “Bimbashi”, equivalent to Major.  His first role was in teaching Egyptian students; not an advanced one, and indeed he never held any official post of importance.  But he mastered Arabic so completely that he could pass for a native Egyptian with ease; and his personality meant that he loved the Egyptians and they him.  With stuffy official expatriates, on the other hand, he had less in common.

One of his friends was the Grand Mufti:

I propounded to him a question which was rending my servant Hagazy’s soul; whether he has broken his fast by swallowing some of my cigarette smoke accidentally. His reply strangely coincided with my argument to Hagazy: ‘Tell the boy’, he said ‘that if swallowing smoke is the breaking of one’s fast then the smelling of food is more so. Yet if he smells the best of food throughout Ramadan, he will die of starvation before the feast of Bairam, and he will die because he has not broken his fast; and here,’ he said, ‘is a suffragi (steward) who would rather thrust out his eyes than break his fast, bringing your excellencies’ coffee, lacoum, and lighted Narghilehs.’ …

Some of what went on was more seedy.  Cairo still has a reputation as “sin city”, even today.

Many of the lady visitors to Cairo are pretty hot and one wonders sometimes whether they are attracted most by the antiquities or the iniquities of Egypt. On Xmas night, when Hamid and I rode out to the Sphinx we saw in the moonlight in the sand hollow a colossal bedouin and from beneath him appeared a little feminine attire, so little that it would not have betrayed its wearer, but that a little voice said in English: ‘Mind tomorrow night’. When we called for our bikes at the Mena House Hotel a little gentleman was looking for his wife and fearing she would catch a cold through her stupid habit of wandering ‘alone’ in the moonlight.

You know how frightfully rigorously the Moslem ladies are kept, but in spite of Eunuchs and all sorts of precautions they often bribe their custodians and escape to keep assignations in apartments which are kept up for the purpose – usually over fashionable shops. The pimps who keep these ‘private houses’ either accommodate the (amateur) friends of these ladies or more often procure boys for them. Perhaps the most characteristic and worst vice of Cairo is this traffic in boys as no handsome European boy of poor circumstances is not liable to be tempted to become the lover of one of these women, for the Egyptian ladies as a rule prefer European youths and men to Arabs. (And the vice is not limited to Moslem women only but is I believe more common amongst European residents than is generally supposed.)

A few nights after my arrival in Cairo I lost my way in an after dinner stroll and after vainly trying to get directions from Arabs, I met a gentlemanly well-dressed chap who spoke Spanish and a little French and Italian (he was half-Spanish, half-Greek). He politely conducted me back to the Hotel Bristol, and on the way and more particularly over a cafe cognac, he told me that he had a ‘lover’ who paid him well, but although she was nearly seventy, she was very exigeante and compelled him to consummate the act every night. He was barely sixteen and sometimes he said it half killed him but she would never let him go until he succeeded.

Stories of this kind go round today about western women in Egypt, and not always without foundation. 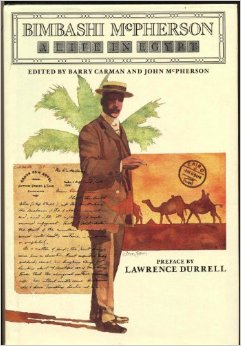