The Roman fort at Felixstowe in Suffolk stood on a sandy cliff.  It went into the sea between 1700 and 1750, and there are still remains of it on the sea bed, a few metres off-shore.  I collected some old drawings of the fort here, known as Walton Castle.

Today I saw on twitter here an aerial photograph of its sister fort in Norfolk, Burgh Castle.  This has partly fallen into the river, and reminded me extremely strongly of those old drawings. 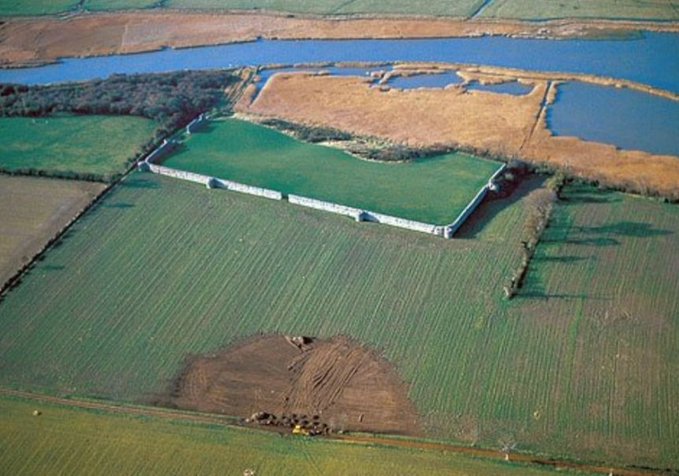 And here is the old plan of the vanished Roman fort at Walton Castle:

The walls of Burgh Castle still stand, and look like this: 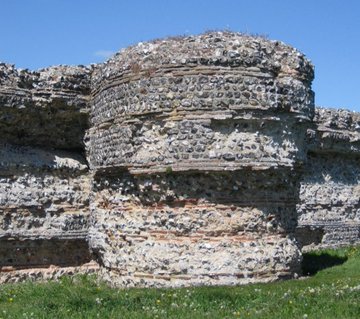 And the drawing of the walls of Walton is here:

Note that this is taken from the landward side.  The similarities are obvious.

If I had a drone, and could take an aerial photograph of the area where Walton Castle stood, it might be possible to “drop in” the image of Burgh, and recreate the appearance of the vanished fort.  Maybe some day I will.

Regular readers will know that I have been attempting to locate a diving report from 1969 – the “Errington Report” -, which surveyed the ruins on the sea bed.  I have been trying to locate this for a year.  It is supposed to be at Suffolk Record Office.  Sadly I have been unable to examine the relevant files so far.