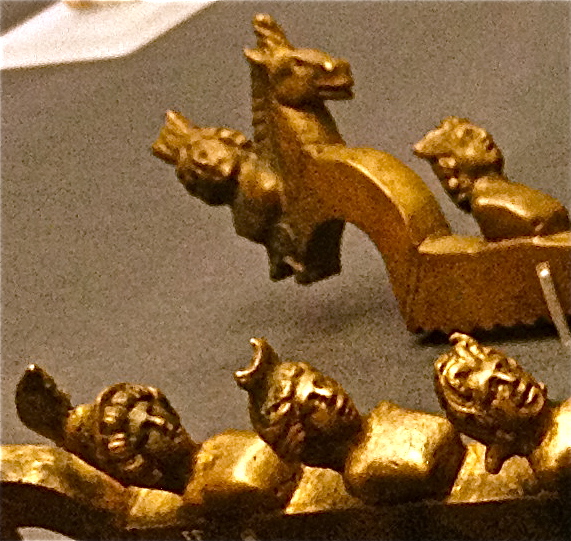 In ancient Rome, unless you were a senator, almost anyone could “get religion” really rather suddenly.  Martial[1] records one such instance:

When a dismissed veteran, a native of Ravenna, was returning home, he joined on the way a troop of the emasculated priests of Cybele.

There was in close attendance upon him a runaway slave named Achillas, a youth remarkable far his handsome looks and saucy manner. This was noticed by the effete troop; and they inquired what part of the couch he occupied. The youth understood their secret intentions, and gave them false information; they believed him.

After drinking sufficiently, each retired to his couch; when forthwith the malicious crew seized their knives, and mutilated the old man, as he lay on one side of the couch; while the youth was safe in the protection of the inner recess.

An item found in the River Thames near London Bridge has been identified as a “castration clamp”.[2]  It is decorated with images of Attis, and also animals.  It may have been used to geld horses and bullocks; or for “religious purposes”, such as helping attractive young men find a religious vocation as Galli, priests of Cybele and/or Attis. 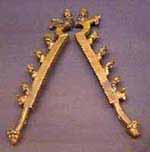 Makes your eyes water, doesn’t it?

Apparently this implement was vandalised before being thrown in the river.  The author whom I read[3] stated that the Christians — the fiends! — destroyed it.

I imagine it will be a while before the pseudo-pagans of our day reimplement this particular feature of ancient paganism.