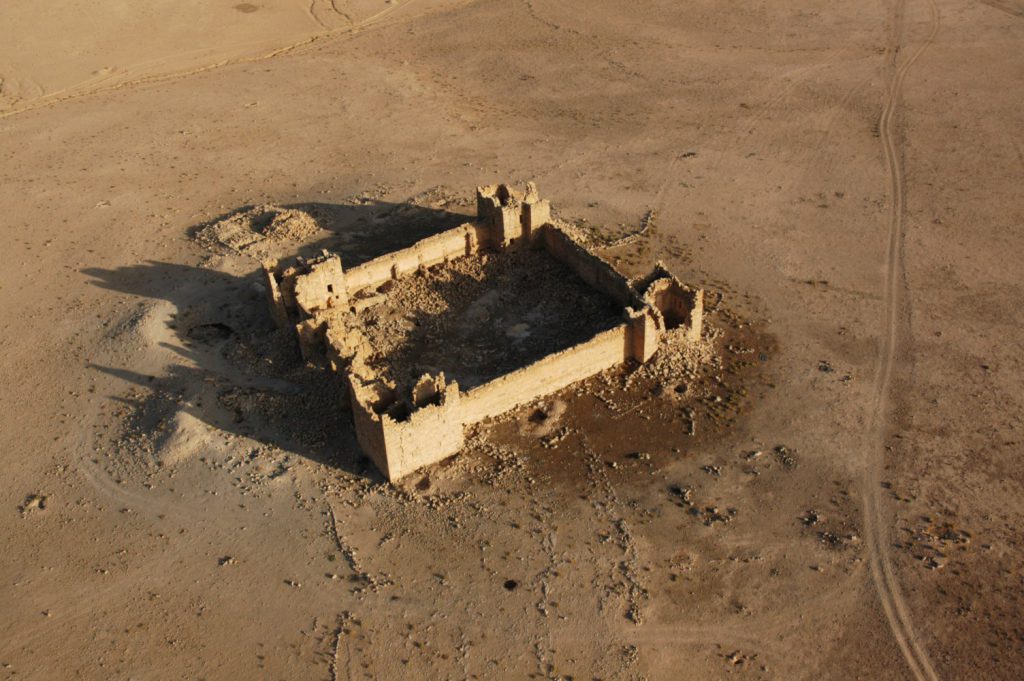 I found this marvellous photograph of a Roman fortlet in the Jordanian desert on Twitter here.  The tweeter also added:

More useful to most of us is a nice blog post here, with many photographs and plans, to which I am indebted for the details that follow.

The walls stand up to 20 feet tall.  It was built at the start of the 4th century AD, as part of defensive works for a limes Arabicus, and held a cavalry unit of perhaps 120-150 men.  The building inscription survives:

Which tells us that the fort was called Mobene, and was constructed by the Praeses of the province of Arabia, a chap named Aurelius Asclepiades, in the reign of the tetrarchy, Diocletian and friends.

One question the blog leaves unclear is where exactly the fort is.  Funnily enough, Google Maps will tell us rather well!  Just search for Jordan, and the Qasr Bashir! 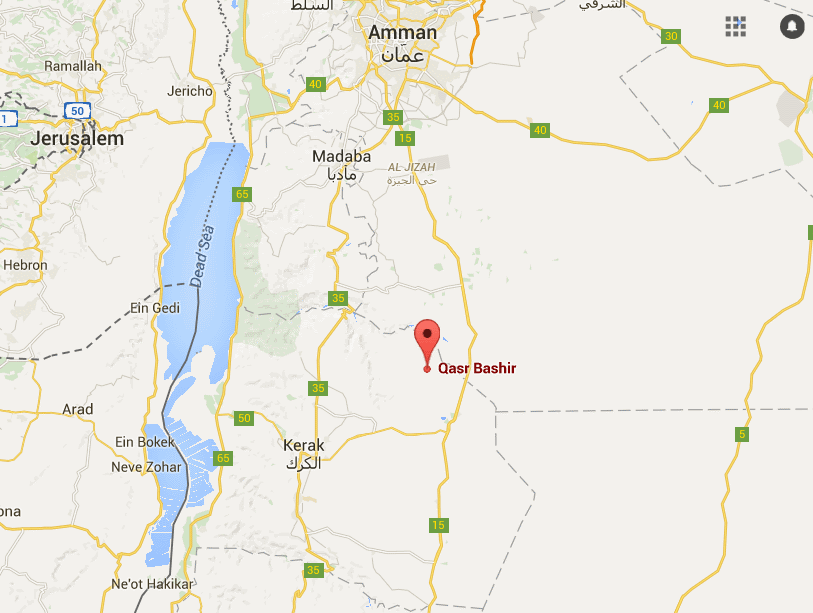 I’d never thought of Google as a tourist guide; but of course Jordan is a civilised country, and aerial photographs and much else are available.