Here’s a photograph for a snowy winter morning!  It’s the Roman fort at Ain el-Lebekha, a micro-oasis near Kharga Oasis in the western desert in Egypt.  It’s like something straight out of Beau-Geste. 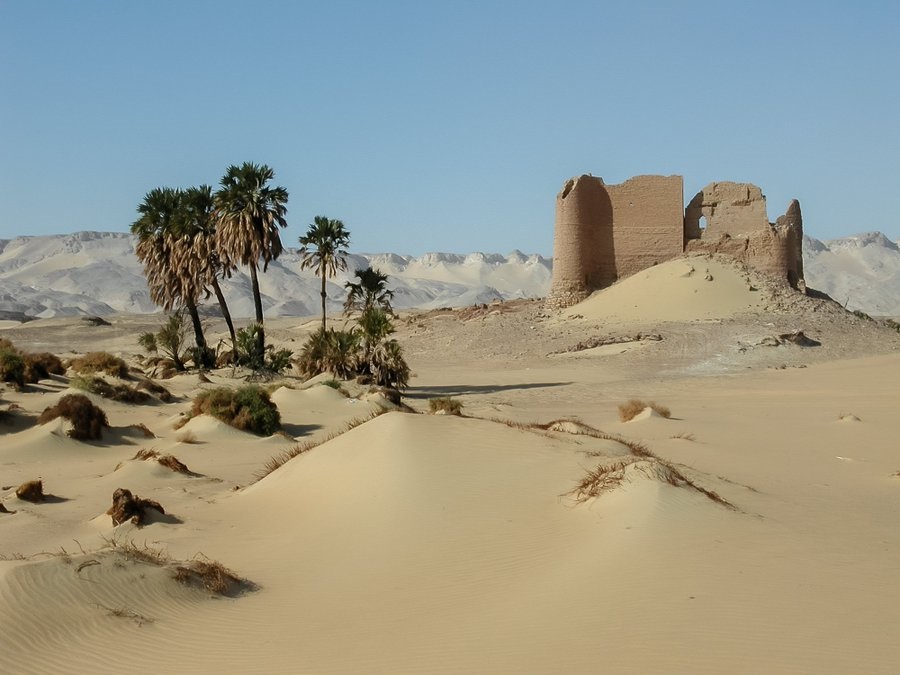 I had never heard of this place, so I did some googling.  I found that, as ever with Arabic names, the name is spelled several ways: Labakha, and Qasr Labakha, etc.

The North Kharga Oasis Survey site, here tells us more. “The most unexpected and startling of the remains in Kharga are the forts of the Roman period, mentioned in passing by early travellers and geologists, and never properly investigated.” There are several spectacular forts.

The area of Ain el-Lebekha is 40-50km north of Kharga.  It is only accessible by 4×4.  The old caravan route that the fort commands is no longer used.  Apparently there are enterprising gentlemen in Kharga happy to arrange a day trip, for a mere $150.

There are some very useful photographs at Wikimedia Commons here.  Here’s one, by Roland Unger: 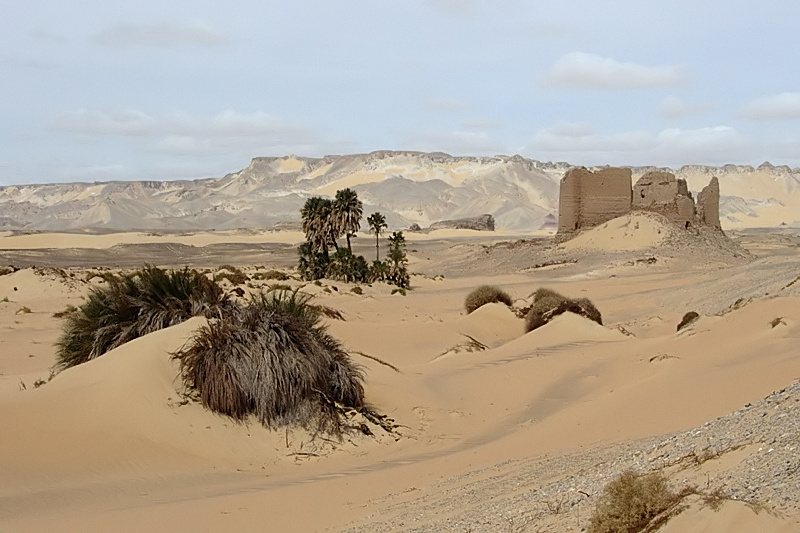 There is a paper by C. Rossi and G. Magli, “Wind, Sand and Water. The Orientation of the Late Roman Forts in the Kharga Oasis”, in: G. Magli (ed.), Archaeoastronomy in the Roman World (2019), p. 153-166 (online here; also the references are in HTML here), which serves as an introduction to the literature on the subject.

But all that is for another day.  Today I think we can just gaze at the pictures, and think of the dry air and heat of Egypt.