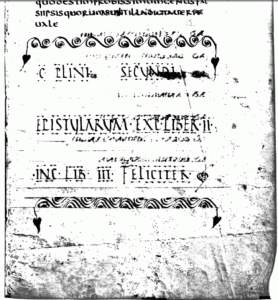 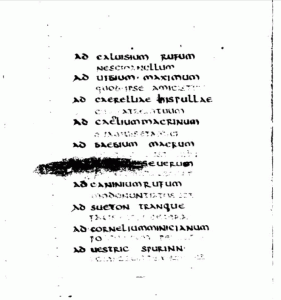 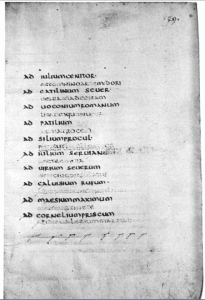 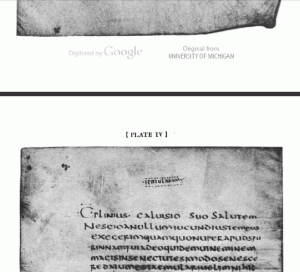 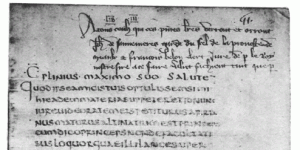 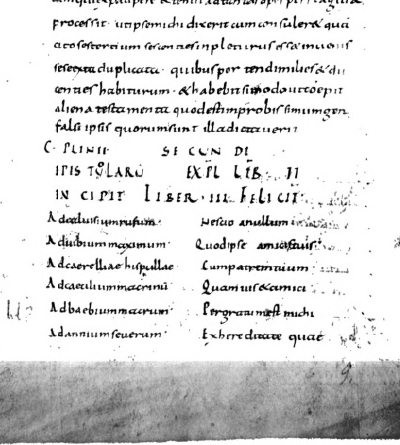 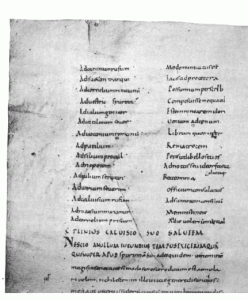 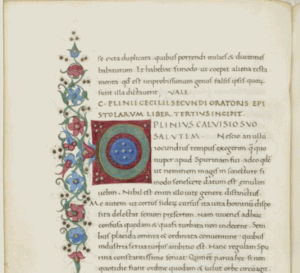 I’m going through the mill at work at the moment, which makes life rather heavy, and engagement with hobbies impossible.  To add to the fun, I have only a slow mobile broadband connection on my laptop in the evenings, which makes the necessary task of collecting and responding to my email a slow and painful one.  This leaves little at the end of the day.

But this evening I was able to download E. A. Lowe and E. K. Rand, A sixth century fragment of the letters of Pliny the Younger, from my inbox, to which a kind correspondant had sent it, and I have been reading it with much interest.  The plates do not merely reproduce the 12 leaves of the 5th century manuscript of Pliny; they also reproduce the corresponding portion of manuscripts B and F, which derive from it.  This naturally includes the table of contents in B (F omits these).

I will blog about these in due course.  But the book is well worth reading for the painstaking way in which the authors address all the concerns about authenticity, date and so forth.  Inevitably it is rather technical, but if you find manuscripts interesting, it’s a godsend.

I have yet to discover quite why this item is not on Google books.  Apparently it is on the Hathi website, in low-resolution form, where it may be downloaded one page at a time.  My correspondant kindly did this evil task, and then zipped the files up into a PDF — thank you!