Four years after Wilhelm von Boldensele, in 1336, another German traveller visited the pyramids of Giza.  His name was Ludolf von Sudheim, the chaplain of another German nobleman on pilgrimage.  He also left an account of his travels, and a transcription of the Latin inscription on the pyramid at Giza.  His statement was as follows:[1]

To one side of New Babylonia (Cairo) across the Nile in the direction of the Egyptian desert stand several monuments of amazing size, which were formerly very beautiful; they are built of great blocks of tooled stone. Of these monuments there are two that are very large, and that were formerly very beautiful; they are square tombs. On one wall of one of these monuments there are letters chiselled out in Latin, on the second wall in Greek, on the third in Hebrew; on the fourth wall, however, there are many characters which are unknown. But on the first wall, where the Latin is, is carved- insofar as can still be made out, because of its age – the following:

I leave the explanation of these verses to the judgement of the reader. These monuments were called by the native population the granaries of Pharaoh.

The inscription (in six hexameters, the last plainly corrupt) is the same, except that the name of the companion of Trajan is given as D. Annius, rather than D. Cetiannus.  It is likely that the text was worn and hard to read by this date.  The presence of lettering in other languages, all unreadable to the parish priest of Westphalia, may or may not be related to the inscription. 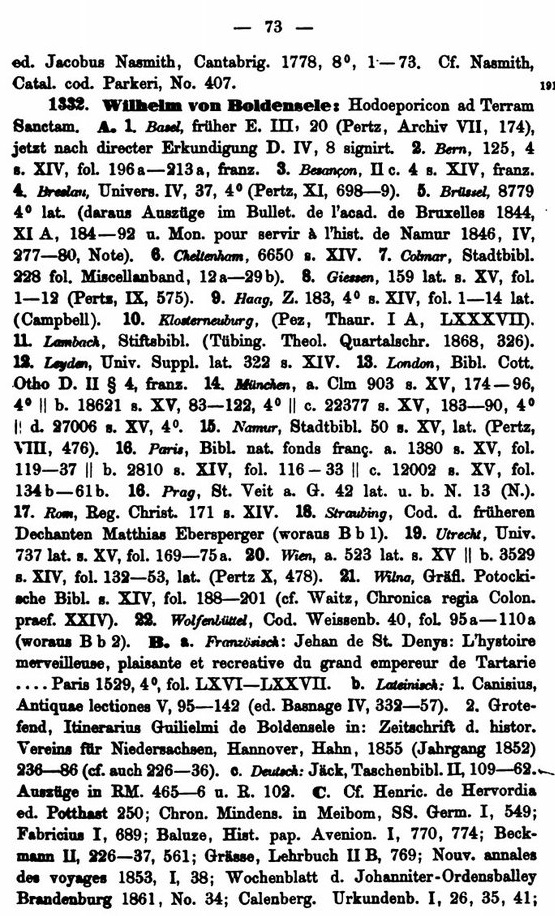 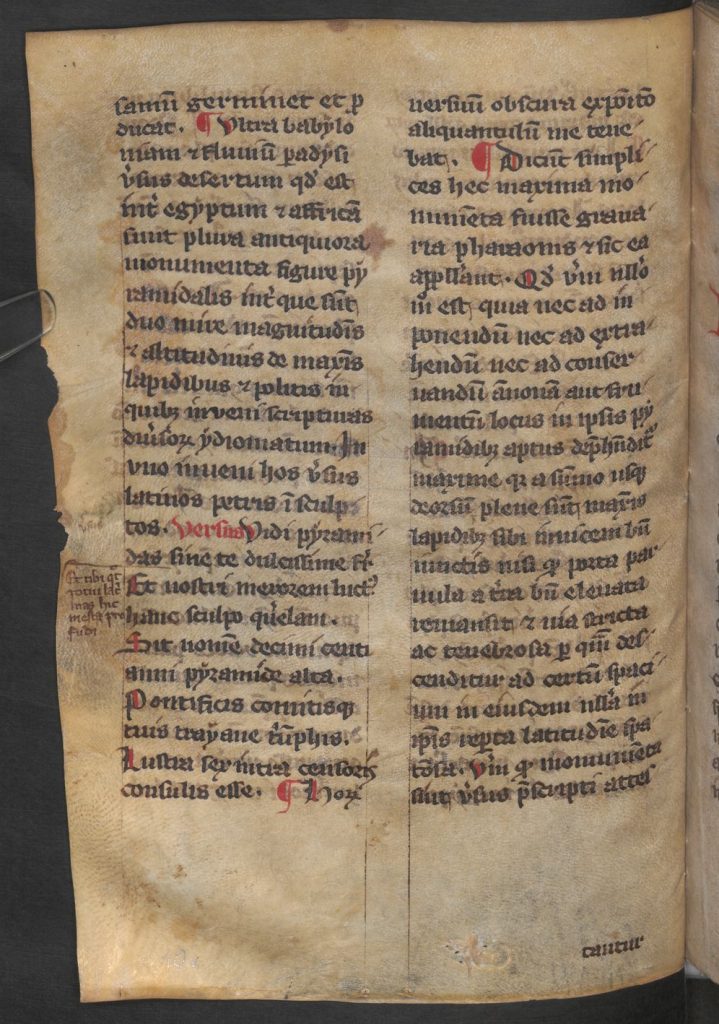