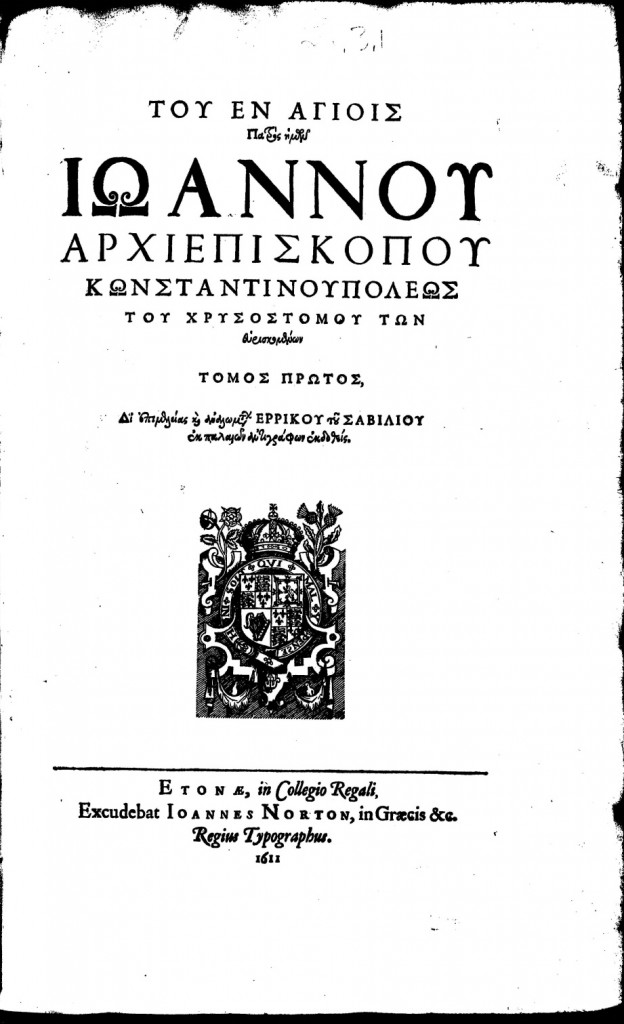 A correspondent yesterday enquired whether the edition of Chrysostom prepared by Sir Henry Savile in the 17th century mentioned a Sir Henry Neville.  The latter, he said, was a student of Savile’s and contributed largely to the cost of the edition.

As you can see from the title page, above, only Savile’s name appears.  But it would be interesting to learn more.  The story of how some famous books appears is one that I would gladly read, and I doubt that I am alone in this.

UPDATE: The story of Sir Henry Neville’s involvement looks rather dubious, as I look into it.  The source for it appears to be a letter written in 1615 by George Lord Carew to Sir Thomas Roe, then a foreign ambassador.  The letter was published by the Camden Society in 1860, and is online here (p.14).  The footnote contains the statement, “He published an edition of Chrysostom 1614, at great cost.”  This is repeated in various subsequent compendia.  But this is probably just a confusion of the Camden Society editor with Sir Henry Savile, and even the year is wrong — it should be 1611-1613.  Most likely this is just a modern myth.