You can learn quite a lot from looking at non-English versions of Wikipedia.

For instance the German Mithras article is quite a bit superior to the English one in several respects, handling the Mithra-Mithras dichotomy well.  It lacks the heavy referencing that I added to the English one; but since all that work did not save the article from deliberate poisoning by a troll, it has to be asked whether it was a good idea anyway.

Looking around these articles, I am struck by the number of images of tauroctonies which are language-specific.  There were some quite useful images of various sorts.

But quite accidentally, I came across something else.  We’re all familiar with “Soli Invicto Mithrae” in inscriptions — “to the unconquered sun Mithras”.  But did anyone know that Serapis is also treated as a sun-god?  This image says so: 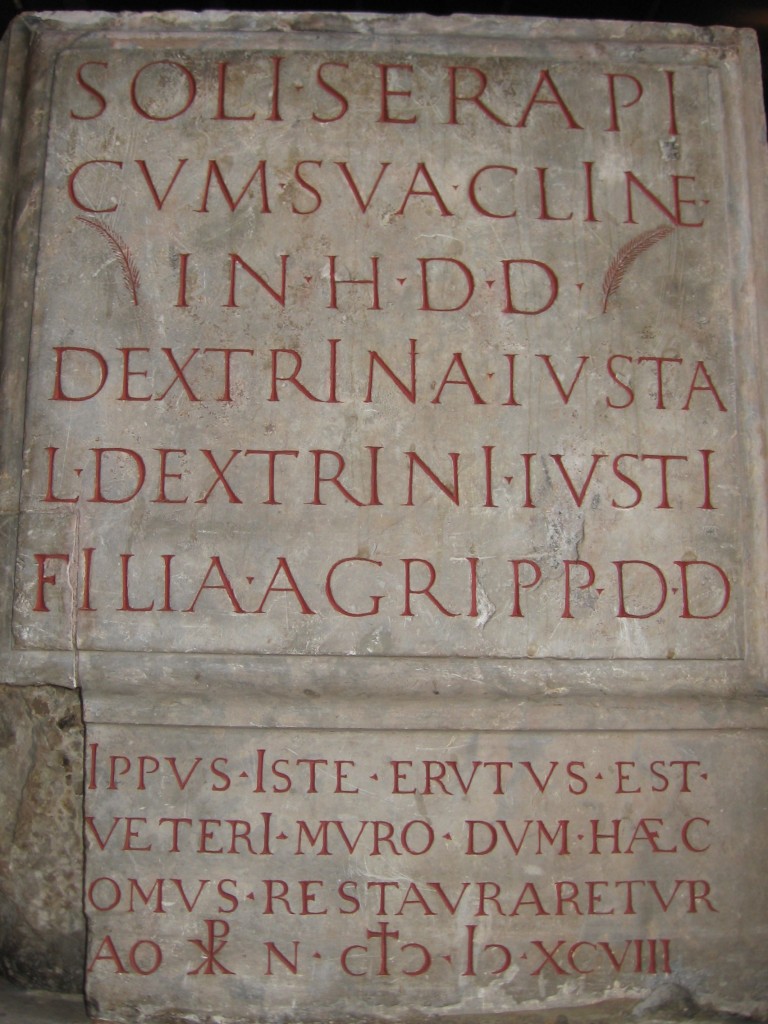 Apparently (for this is Wikipedia, remember — the encyclopedia edited by anybody) this is CIL XIII, 8246.  The text is:

To Sol Serapis
And his  throne
In honour of the imperial house,
Dextrina Justa,
Daughter of L. Dextrinus Justus, from Colonia Agrippinensis (Cologne), gives (this) as a gift.

It indicates how “sol” as a descriptive term has very little distinguishing power, between one deity and another.

16 thoughts on “An inscription dedicated to “Sol Serapis””