Reading David Ulansey’s Origins of the Mithraic Mysteries, I was struck by the following statement on p.26:

I’m not sure that two examples, one of them a medieval ms., is evidence that this is a “frequent” way to depict Perseus.*  But I am always curious to check such references.

(Isn’t it remarkable how badly Google Books handles series?)  The “Scheibe” is a disc, or platter, rather than a plaque, which leads one to wonder whether Ulansey verified his reference.  Anyway on p.39 there is this a diagram, of a zodiac.  It looks as if we have just a portion of the disc. 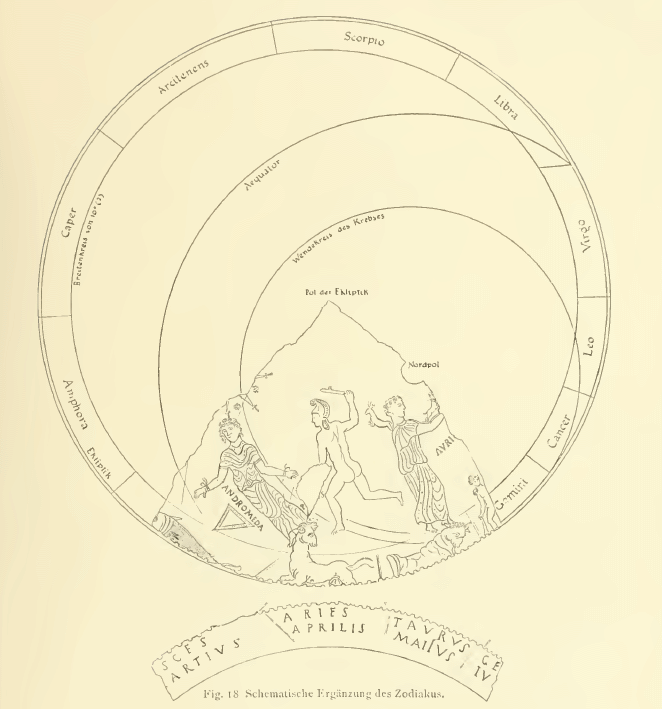 It’s not a particularly satisfactory image, I think.  I presume the bottom bit is the reverse of the top.  The article says that the item is of unknown provenance, and came into the Salzburg museum from two unidentified worker.  It probably came from some Roman tombs in the Salzburg area.  The item was published in the same journal, plate 5, in volume 5 (1902), apparently.  This may be found here:

The image is on p.416 of the PDF, although for some reason I cannot export it.  So here are two screen grabs of the top and bottom of the page: 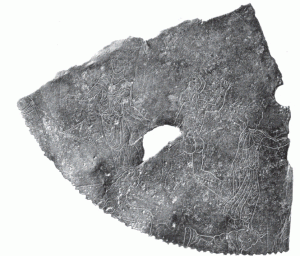 The actual publication is E. Maass, Salzburger Bronzetafel mit Sternbildung, p. 196-7 + Tafel V.  This tells us that the piece came to light in Salzburg, with a thick crust on it, and was sent to the museum in Vienna for cleaning by the conservation staff.  It is the fragment of a large circle, with the edges punched.  The find site was searched for further pieces but without result.

Antike Himmelsbilder can be found here:

It’s an interesting work, which really should have had colour images.  On p.111 we get this image: 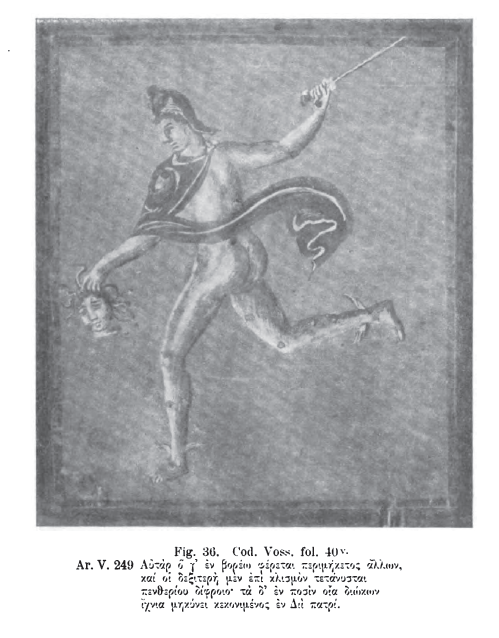 Certainly this is an image of Perseus — the Gorgon’s head makes that clear.  The manuscript seems to contain the text of Aratus, and this is accompanied by a series of images of the constellations.  The original is in colour, of course.  The ms. is 9th century, copied from a 5th century exemplar, and various copies of it exist.

So far, then, so good; we have depictions of Perseus without his winged hat.  I must admit, however, that Ulansey’s interpretation of this — he’s trying to show that Mithras is really Perseus — seems a little thin.

* UPDATE 29/5/15: This is a misunderstanding on my part – see the comment kindly added by David Ulansey to this post, clarifying the context – thank you.

4 thoughts on “Images of Perseus with a phrygian hat”