But I’m still OCR’ing the annotations to Ibn Abi Usaibia — page 32 of the 62.  Those annotations mention translations of various Arabic works.  And, you guessed it, they were translated into German.

In fact they were translated into German yonks ago.   Back in the 19th century, to be specific.  Just imagine the quantity of useful stuff you could put online?

Alternatively, I wish I could read German easily.  At least I could then use these translations.

Mind you, they say that the best way to learn a language is to have a girlfriend of that nationality.  I could probably cope with a German girlfriend.  So long as she looked something like this, perhaps? 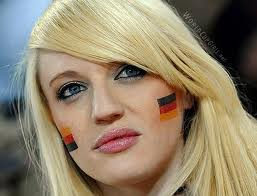 7 thoughts on “I wish I were a German”