On a Spanish site, I find the following photograph of Cautes and Cautopates, the twin side-kicks of Mithras.  It’s remarkable because the figure of Cautopates is still partly coloured!  And so, clearly, we can see that the objects that they carry are indeed lit torches. 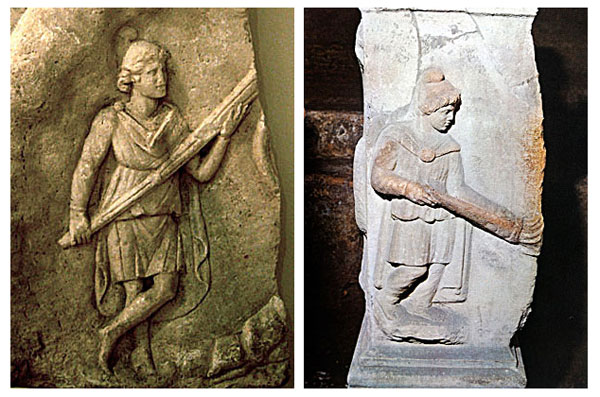 Considering how universally this is assumed, it is nice to see some evidence of it.

The article itself is a general one, of no special interest, but handled rather well in the automatic translation by Google translate.  The images generally seem to be from the Mithraeum under the church of S. Clemente in Rome, and are rather good.

2 thoughts on “The fire of Cautopates”