A red letter day, this.  I learn via Twitter and the Florus blog that some more Latin manuscripts have appeared on the French National Library Gallica.bnf.fr site.  Among them is the oldest and most important manuscript of the works of Tertullian, the Codex Agobardinus (Paris lat. 1622).  It may be found here.  100Mb of joy!

This manuscript was something I always wanted to see, from my earliest interest in Tertullian and Patristics, back in 1997.  Eventually I worked out how I might get a reader’s pass for the BNF, and, very nervously, in 2002, I bought an air-ticket for a day trip and flew over to Charles de Gaulle airport in Paris.  I went to the BNF in the Rue de Richlieu and persuaded the staff to allow me access.  And I held it in my hands!

I looked at it for an hour, and then handed it back.  I got a very old-fashioned look from the serving woman, who seemed to resent the idea that I should order a manuscript out of the vault for so short a time.  Why didn’t you use a microfilm, she wondered?  How dare I!  But I also needed to visit the other BNF site, in my limited time.  And I didn’t fly to Paris to look at a microfilm!  I was, of course, immensely privileged to be able to see a manuscript at all.

Now, 11 years later, the world can look at this rare and precious volume.  It’s the oldest copy of Tertullian’s works.  It was probably written at Fulda in the 9th century.  It contained the only copy of Ad Nationes, for instance.  And … it once contained more works, all now lost.  A table of contents at the start (below) lists works that no man living has seen; de spe fidelium, de paradiso, de superstitione saeculi… how we would like to read these!

It makes me feel humble, somehow.  So many things in the world are worse than they were.  But for the learned, this is a time of miracles and wonders! 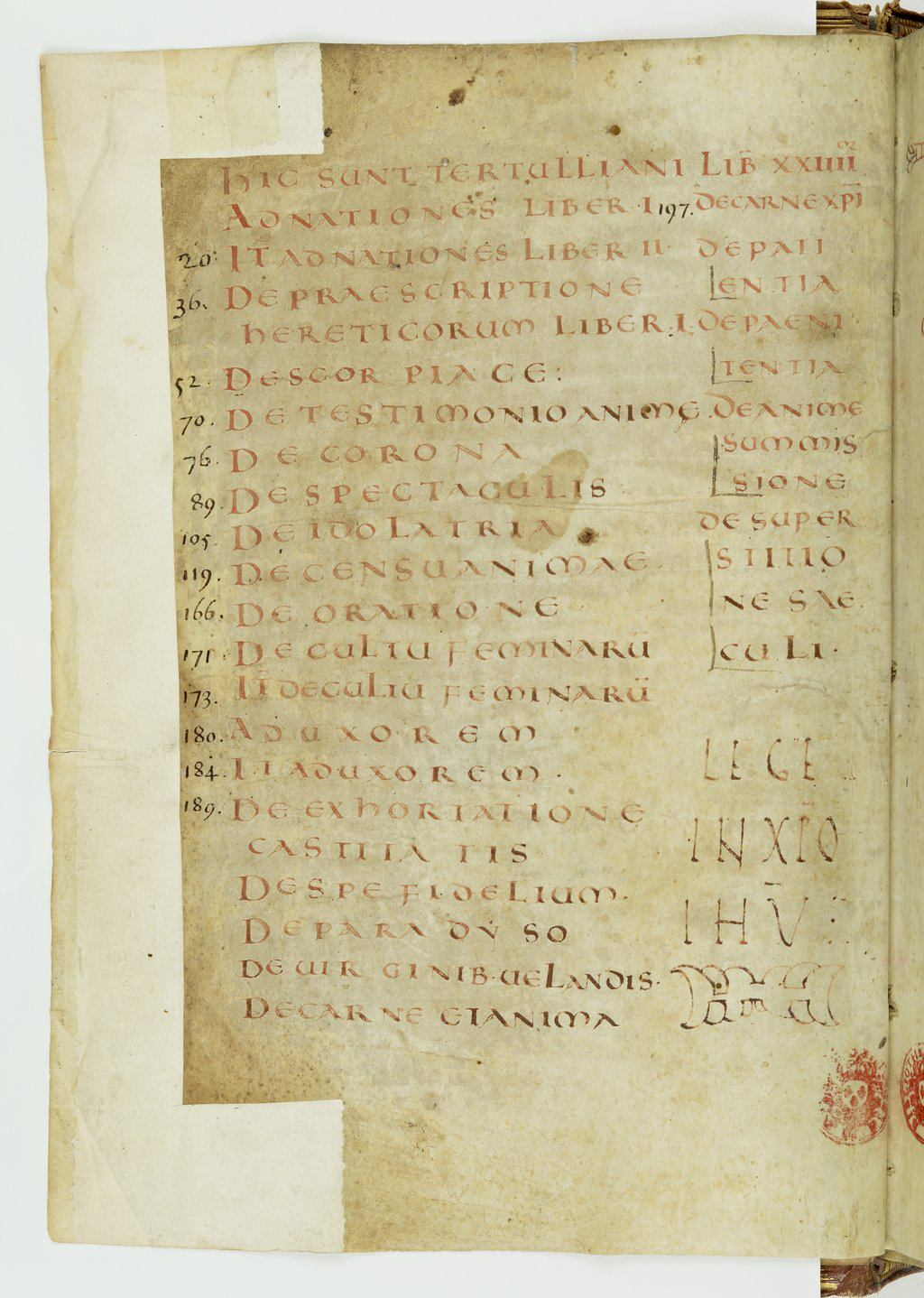 15 thoughts on “The Codex Agobardinus of Tertullian is online at Gallica!!”