Via MedievalEgypt on Twitter I learn of a valuable post on Manichaean-related materials in the British Library, here, by Ursula Sims-Williams:

One of the most important sources in the British Library is the Syriac manuscript Add.12150 which contains the treatise Against the Manicheans by Titus (d. 378) of Bostra (Bosra, now in Syria), translated from Greek. This codex is additionally important, being the oldest known dated Syriac manuscript, in near perfect condition, and copied in Edessa in the year 723 of the Seleucid era (AD 411). 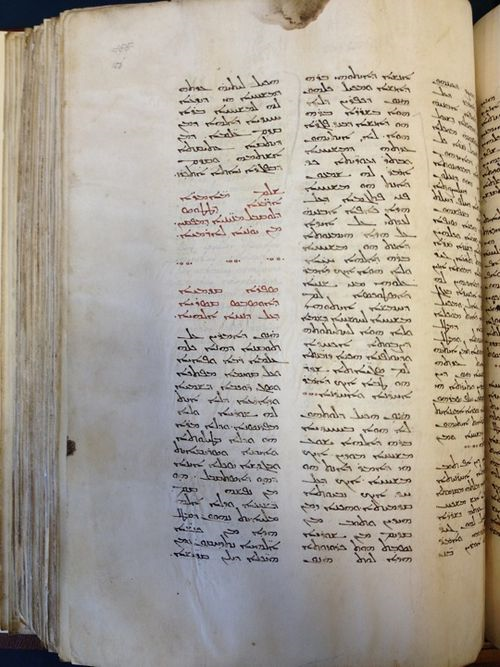 The article goes on to discuss the manuscript of the Prose Refutations by Ephraim the Syrian, and the efforts of Charles Mitchell to edit these.  I well remember digitising his translation and uploading it, years ago.  He was a casualty of WW1.

I hope that the BL Asian and African Studies blog will do more on Syriac materials!