A tweet drew my attention to a monument by a certain Tiberius Claudius Babillus which mentions the library of Alexandria.  There is a Wikipedia article about him here, asserting that he died in 59 AD (we will all be wary of anything in this source I am sure). An image is online at Wikimedia Commons here: 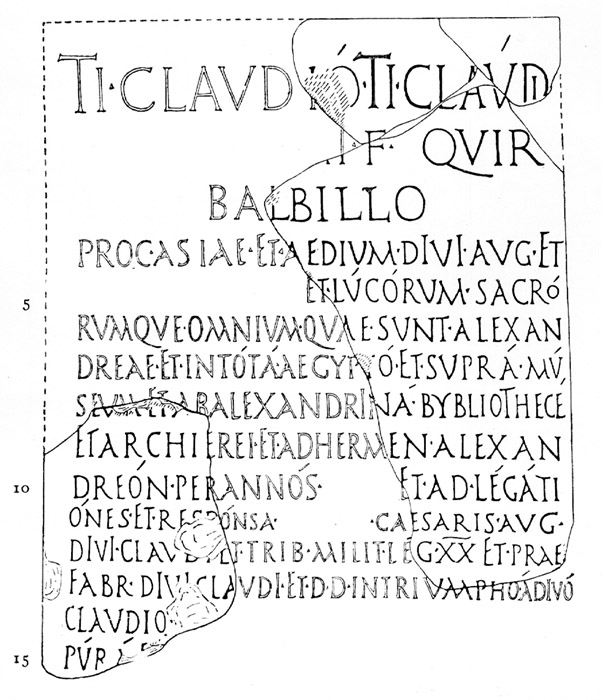 From which I infer that the inscription is from Ephesus.  The extremely formulaic nature of Roman inscriptions means that the image fills in some of the missing chunks, where these are routine.  There is a clear mention of “(Alexandri)na Bybliothece”

It would be nice to know more about this monument.

2 thoughts on “1st century inscription mentioning the library at Alexandria”